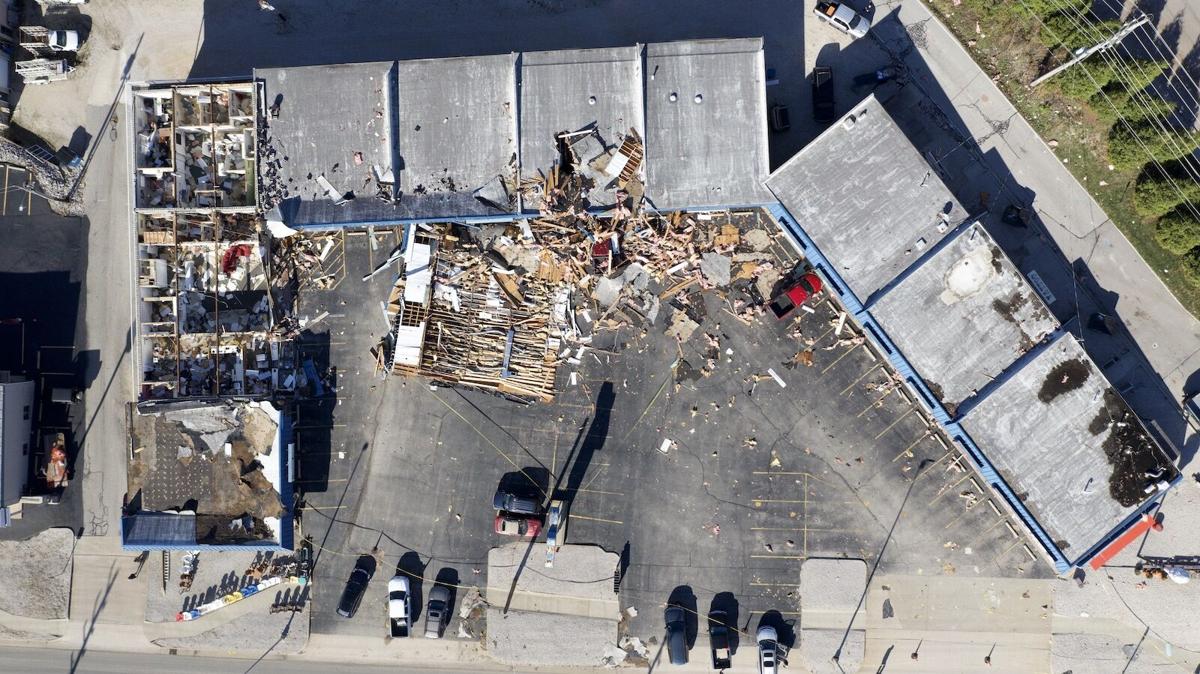 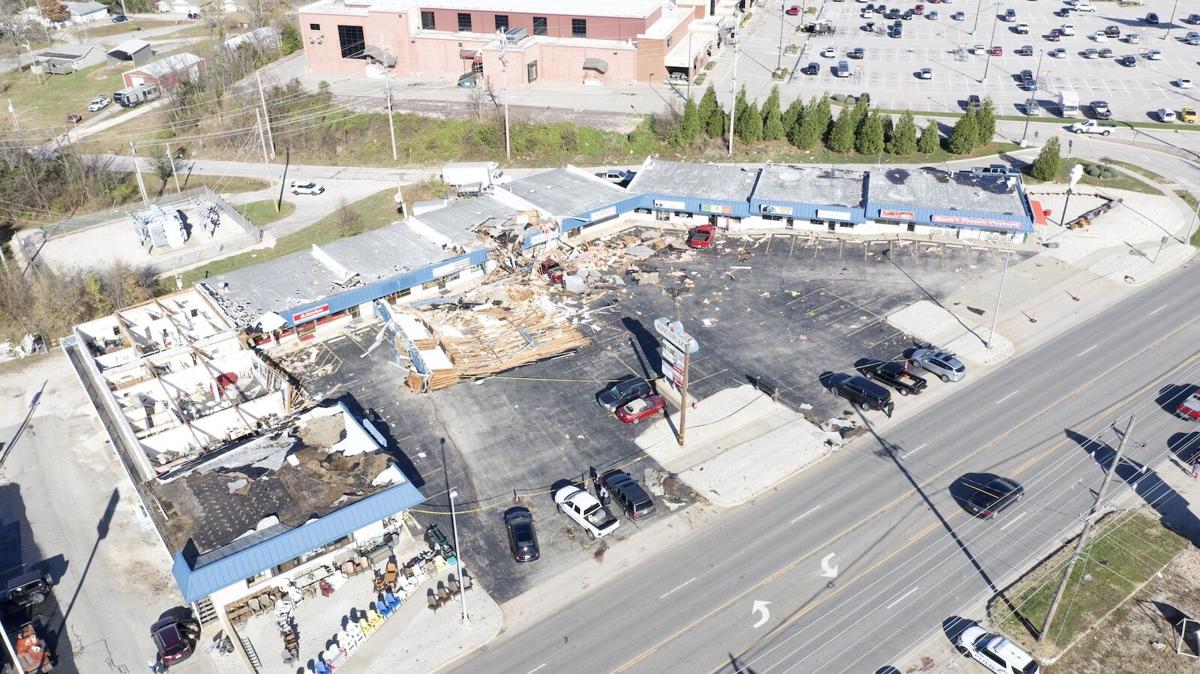 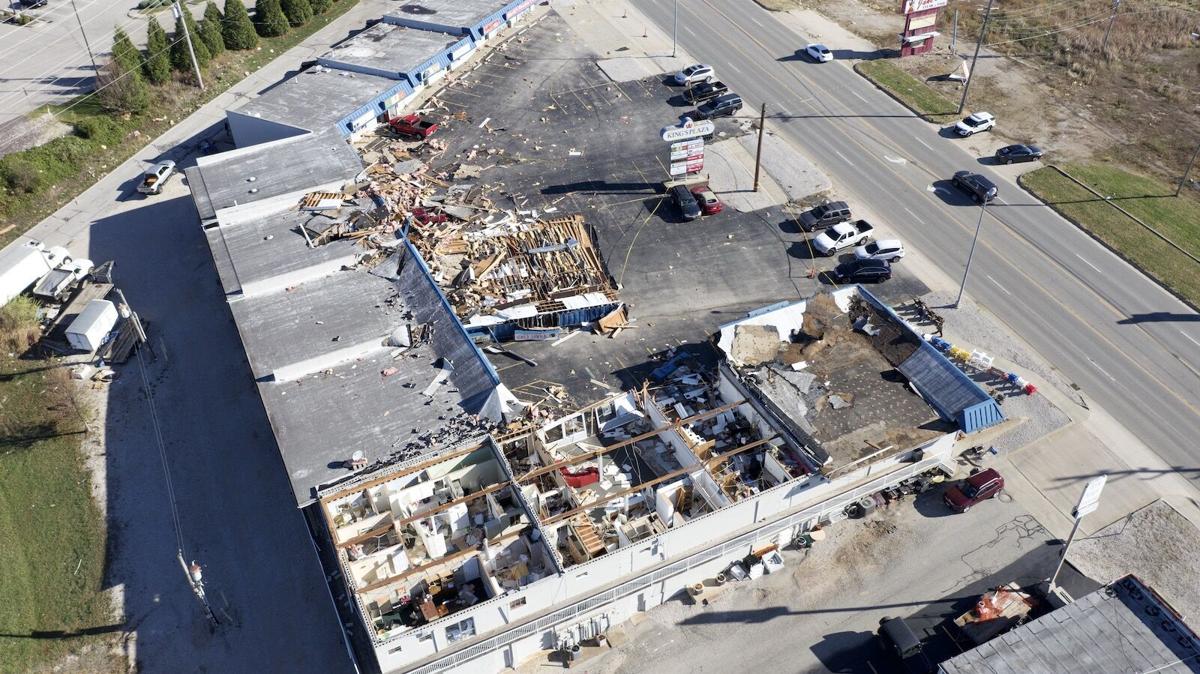 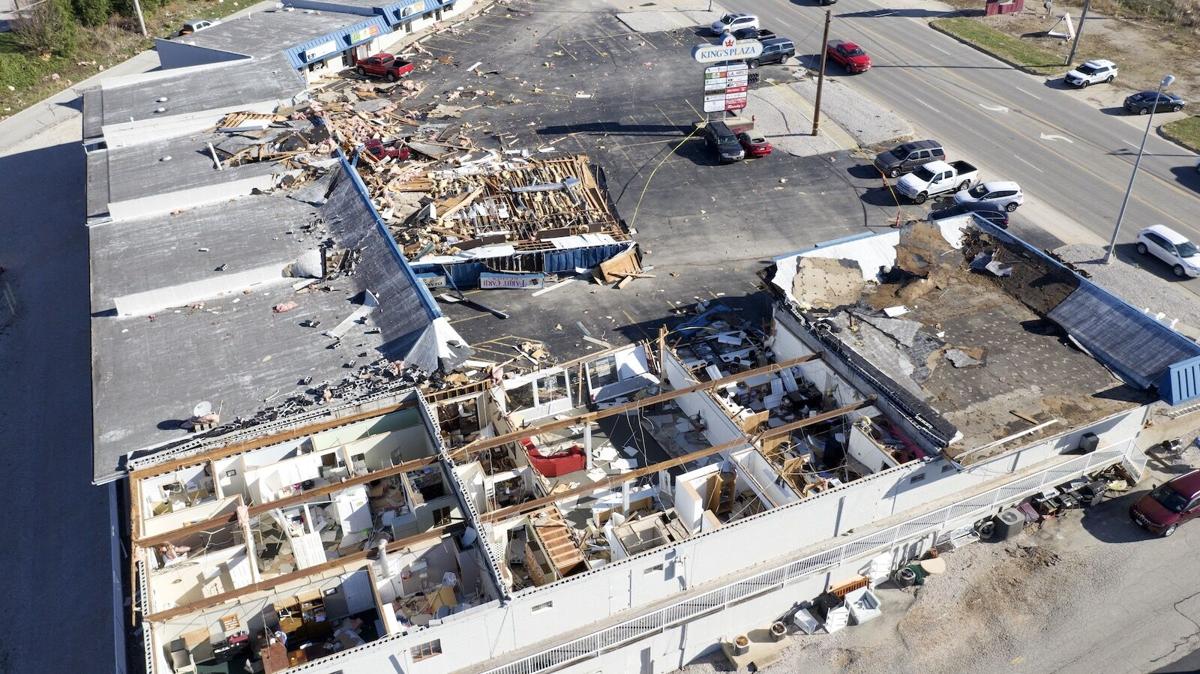 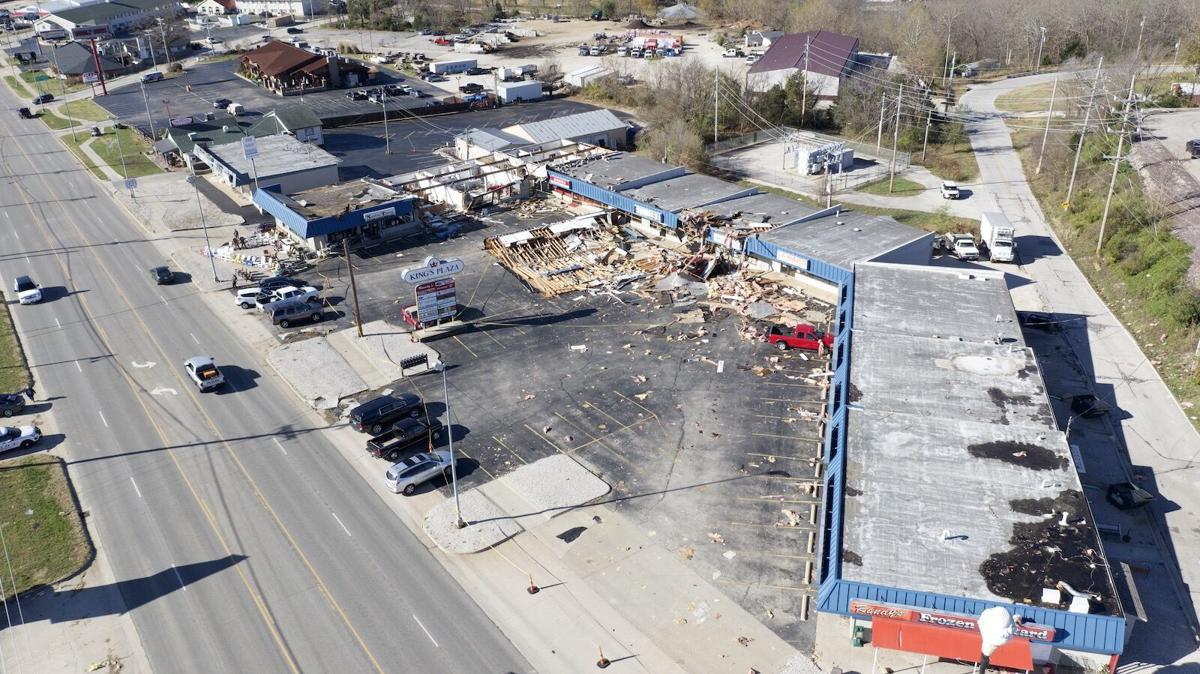 To make that kind of determination, meteorologists look at the lay of debris—whether it was blown in a rotating pattern or a straight pattern—as well as what specifically was damaged. Kings Plaza—next door to Dierberg's, and home of the popular Randy’s Frozen Custard—lost a huge section of its roof, in one small stretch that lines up with a long channel of Lake of the Ozarks behind it.

Meteorologist Jeff Raberding, with the Springfield NWS, said it’s likely the wind found an open avenue down that stretch of the Lake, where it picked up speed and may have even been funneled into a tighter focused burst as it came off the water and made landfall. Raberding said the blast of wind was definitely greater than 70 miles per hour, though the NWS does not have an exact measurement. “Anything above 60 mph is severe, and that’s where you start getting damage,” he said.

There have not yet been any confirmed tornadoes in central Missouri from the storm that raced through the region, but Raberding says the damage in the Dixon, Mo. area is a little suspicious. Whatever it was wreaked havoc on an area of mobile homes, and the NWS is not ready to rule out a small tornado as the culprit.