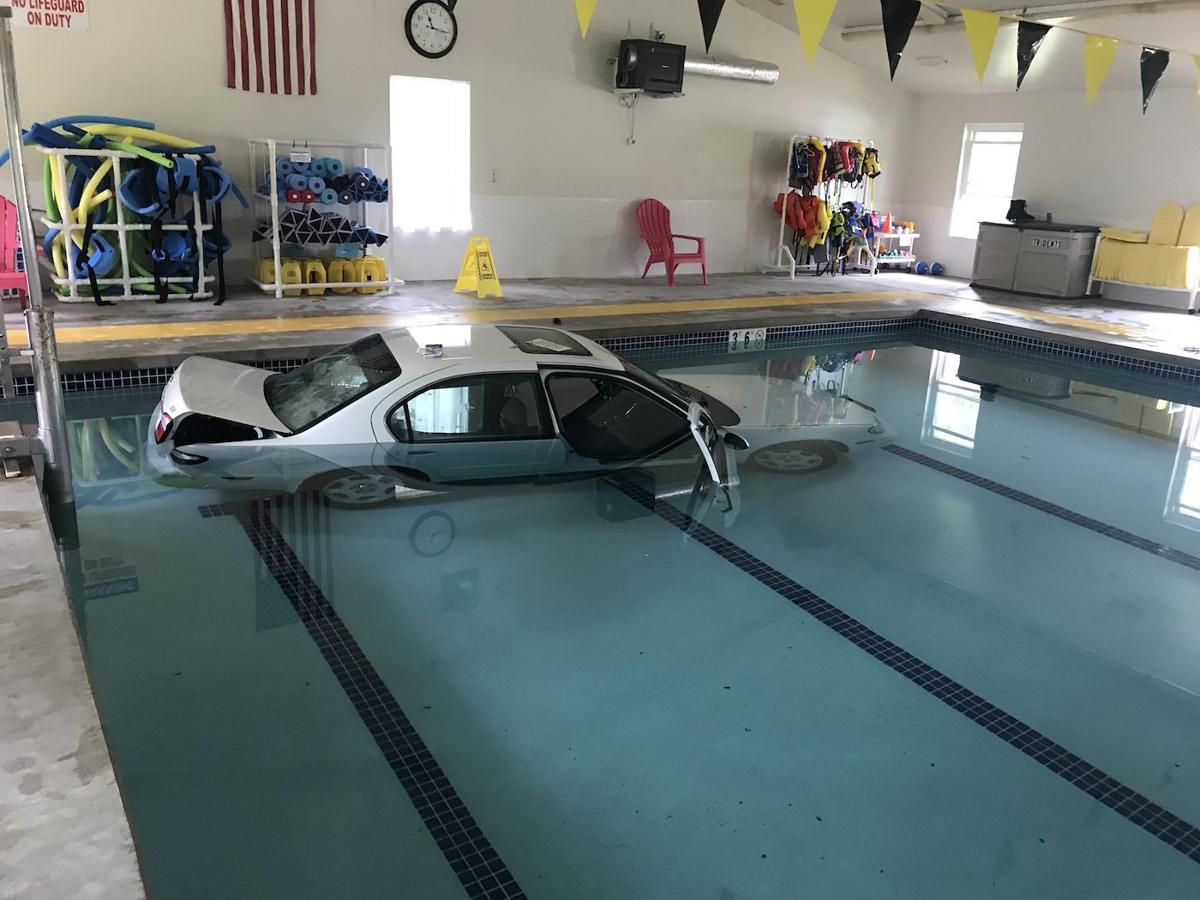 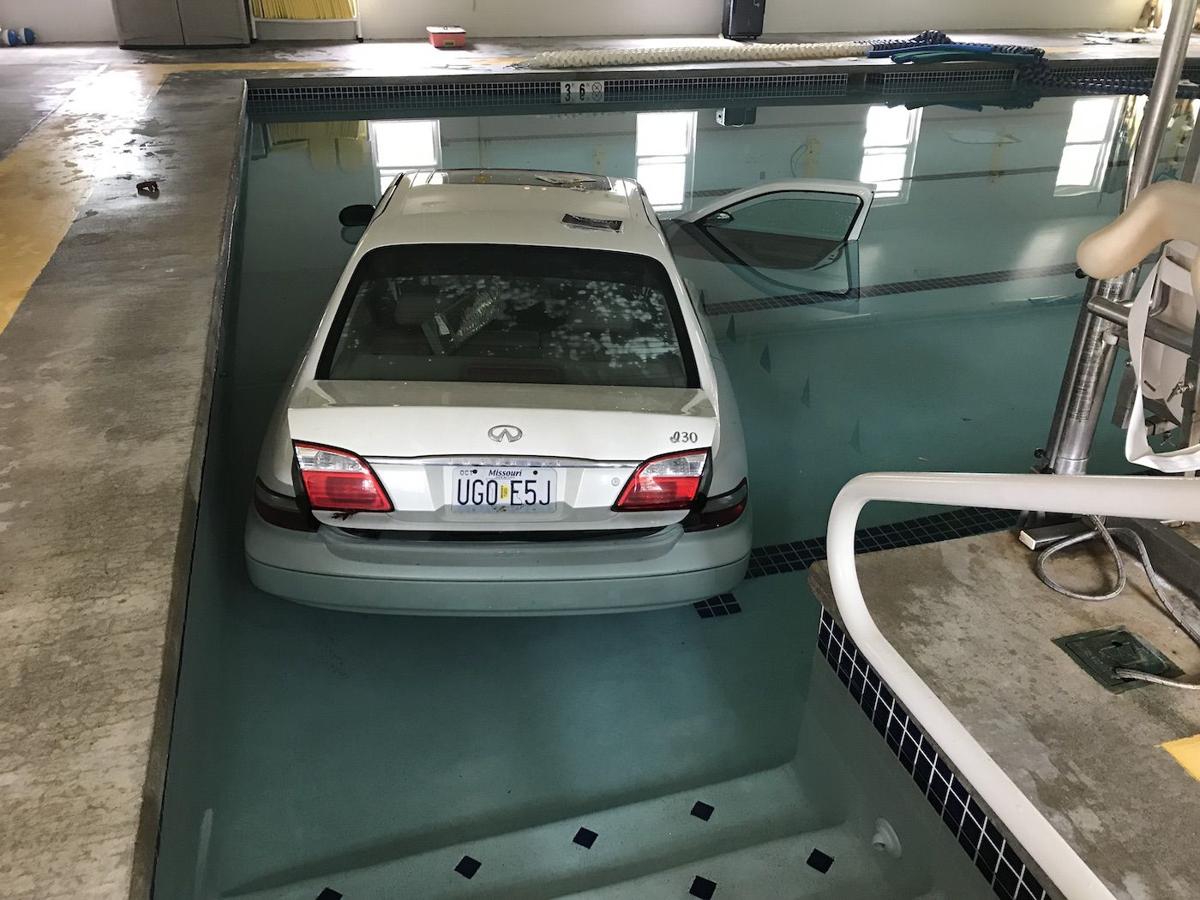 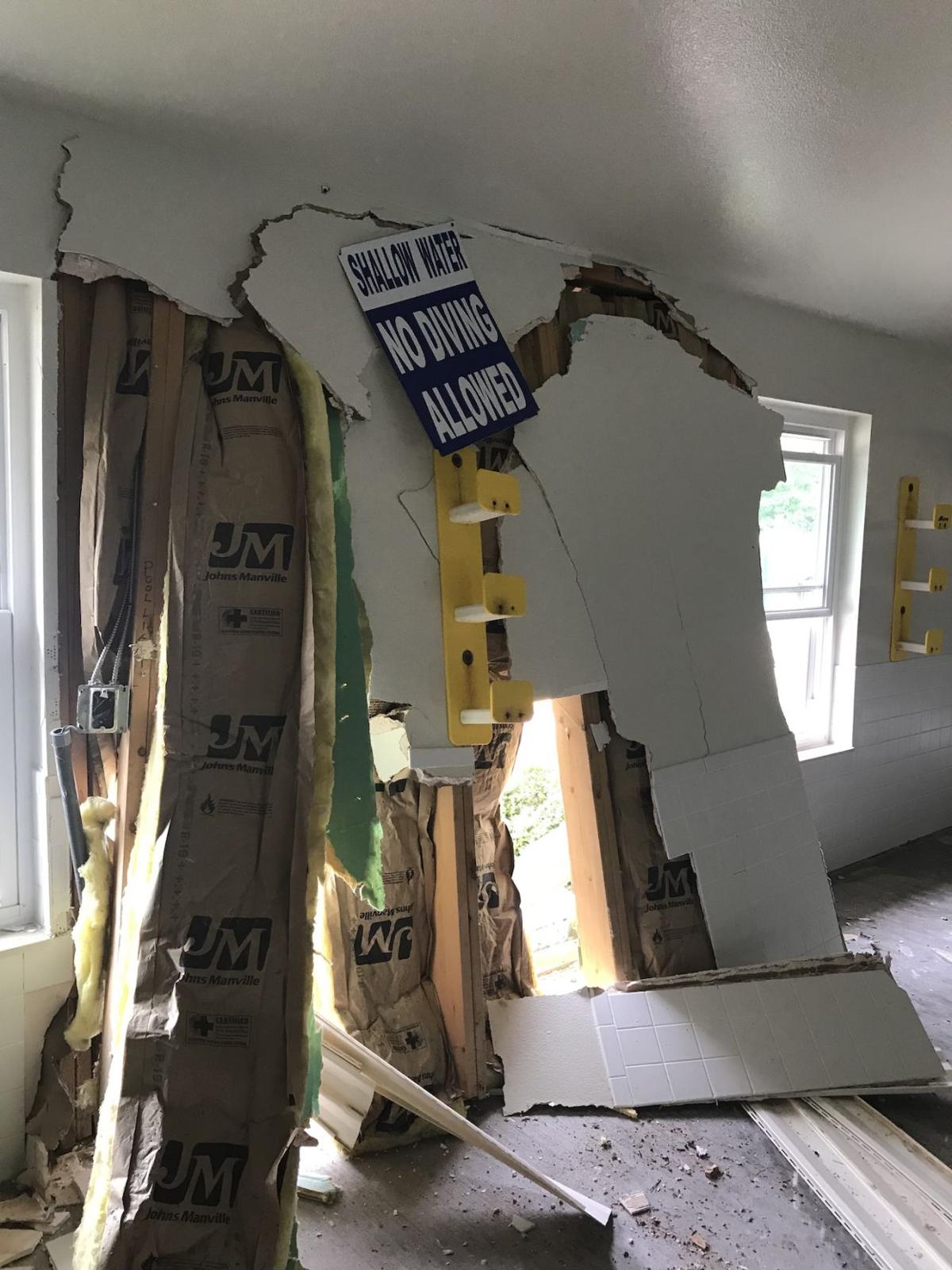 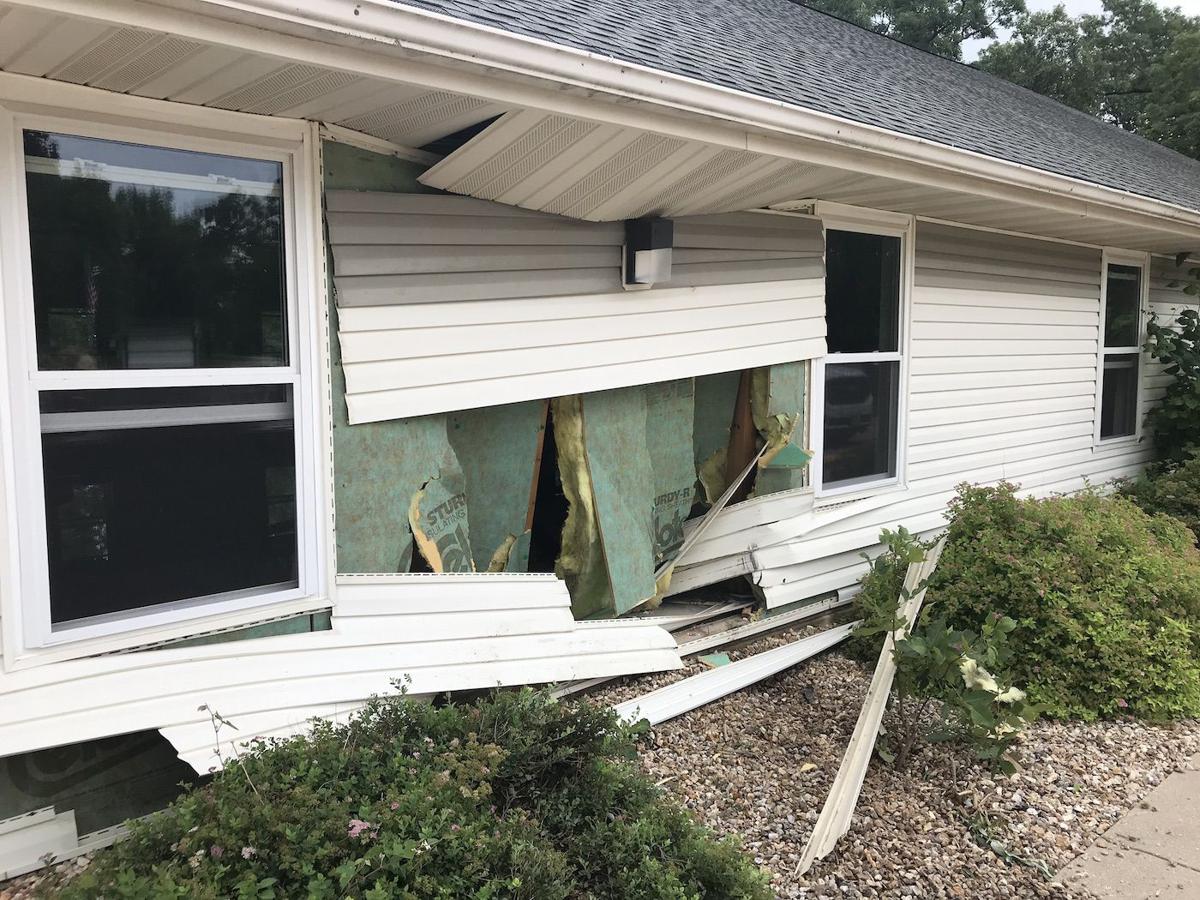 photo by Jim Rogers/LakeBuy Productions
1 of 2

A senior citizen headed to a water-exercise class accidentally drove through the wall and into the pool of Westlake Aquatic Center, on Tuesday morning.

According to police, a 93-year-old Camdenton woman drove a 2000 Infinity through a wall and into the Westlake Aquatic Center swimming pool at approximately 10 a.m. on Tuesday, June 18 in Laurie. There were eight people in the pool participating in an arthritis exercise class.

The woman was reportedly on her way to join the exercise class in the pool when, according to Laurie Police Chief Mark Black, she blacked out and drove through a wall and into the shallow end of the pool. The car came to rest at the bottom of the center of the pool. “She said she doesn’t remember what happened,” Chief Black said.

Gravois Fire Protection District (GFPD) Deputy Fire Chief Ron Anselmo was the first to arrive on the scene. On arrival, Chief Anselmo said he saw an elderly woman in a car, sitting in the shallow end of the pool. He immediately jumped in to rescue her. “There were some swimmers holding her hand, trying to keep her calm,” Chief Anselmo said. Chief Anselmo and another GFPD firefighter entered the car and helped her out.

“She was upset, but conscious and talking,” Chief Anselmo said. Rescuers swam her to the pool stairs and then picked her up and put her into a chair on the pool side and covered her in blankets. “She was cold,” Chief Anselmo reported.

Lake West Ambulance personnel arrived on the scene, but the driver and the swimmers all refused treatment. There were no reported injuries. “One lady complained that she may have been hit by the car,” Chief Black said. “But she also refused treatment at the scene. It was such a sudden and surprising event that everyone was just trying to get out of the way.”

The woman was taken home by her grandson.

"I was with a bunch of old women in the class,” Kernene Shickler, 72, of Laurie said. “We had started the class by walking back and forth in the pool. I was standing next to my friend with our back to the outside wall, when we heard a loud boom! It sounded like a bomb going off! The next thing I knew, I looked over and my friend was under water, fighting to get to the surface. I helped her up.” The rear wheel of the car was only feet away from the women.

Someone yelled that there might be electricity in the water, so all the women hurried over to the ladder. “We are all older, so we normally don’t go up the ladder, but we all got out fast today!” she said.

“I had prayed on the way to the pool thanking God for His protection,” Kernene said. “I prayed for 20 minutes that morning, I normally don’t do that. I believe God protected us.” According to Kernene there were eight women on the side of the pool where the car hit. “The lady next to me, Jan, she was hit in the head, her arm, the back of her leg. She said she was fine. I was shaking all over. I think we were all kind of in shock.”

“It took a long time to get the driver out of the car, and it was filling up with water.” A couple of the women from the boot camp class pushed the car to the shallow end of the pool.

“[The driver] is a darling woman. She is one of the most active 93-year olds I know; she walks miles every day,” Kernene said.

Although the incident was traumatic, Kernene says she feels like a different person because of it. “I know prayer works and now I am totally in awe. Even my friend that was hit and under water wasn’t hurt.”

"There are four ladies that are regulars who are mobility-challenged, either in a wheelchair or walker, and they are normally there. They have to use the lift to get in and out of the pool, but they were not here today," she said.

GFPD firefighters checked and there was no gas leaking into the pool. The GFPD responded with five apparatus and six personnel.

According to Biron, any damages will be covered by their insurance, and the adjuster was on the scene within a few hours. A construction company was working to shore up the wall and make room for the car to exit. “We are draining the pool,” Biron said. “That should take about 24 hours, and then we have to make a way for the car to be removed, because it’s not going out the same way it came in.” The plan is to move the car to the center of the pool, construct a ramp, and pull it out with a tow truck.

The Lake West Aquatic Center recently spent $58,000 relining the pool. But as of today, there appeared to be no damage done to the pool. “Hopefully, we can get the car out without causing any damage,” Biron said. “We are sorry for any inconvenience to our clients.” The pool could reopen as soon as Sunday, according to a board member.

Whoops! Golf Cart Takes A Swim In Lake Of The Ozarks

The steep hills, stark cliffs, and varying topography around Lake of the Ozarks makes for breathtaking scenery. But it also means things tend …

Well, good thing is that now she's all practiced-up to take her Captain's licence test....