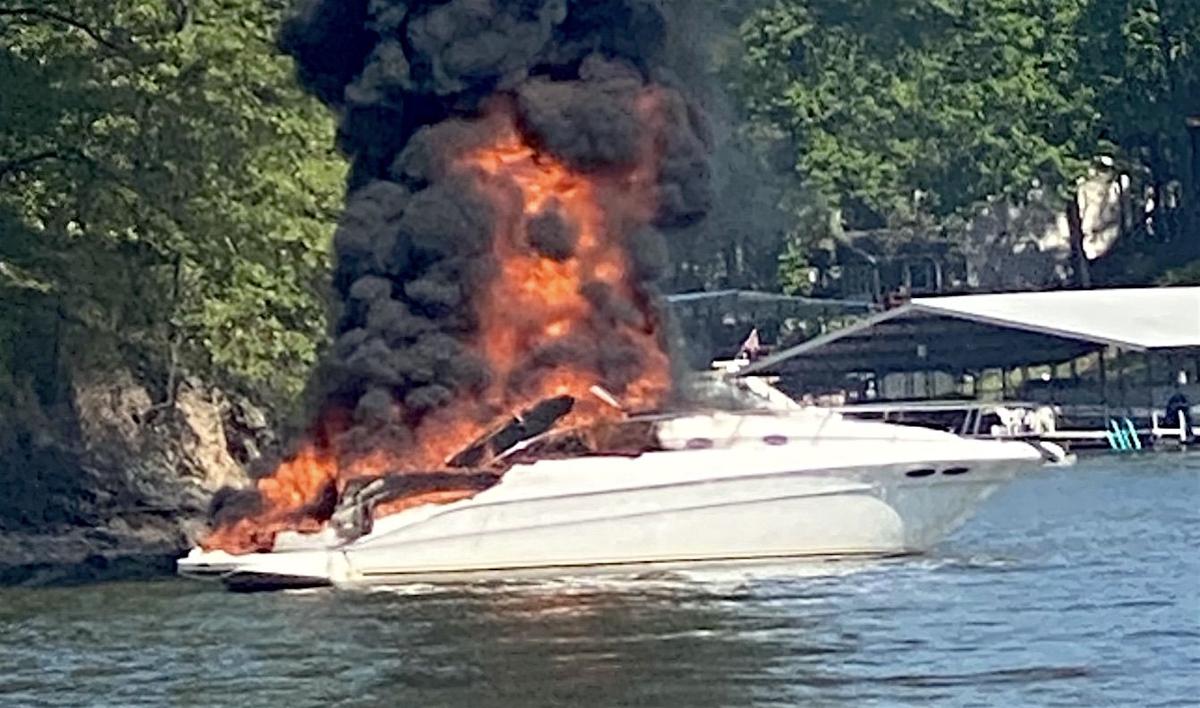 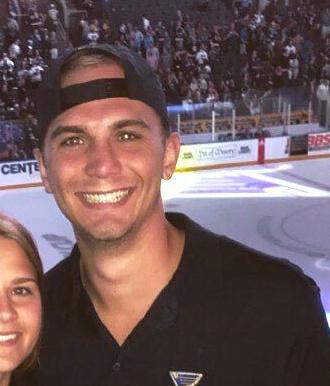 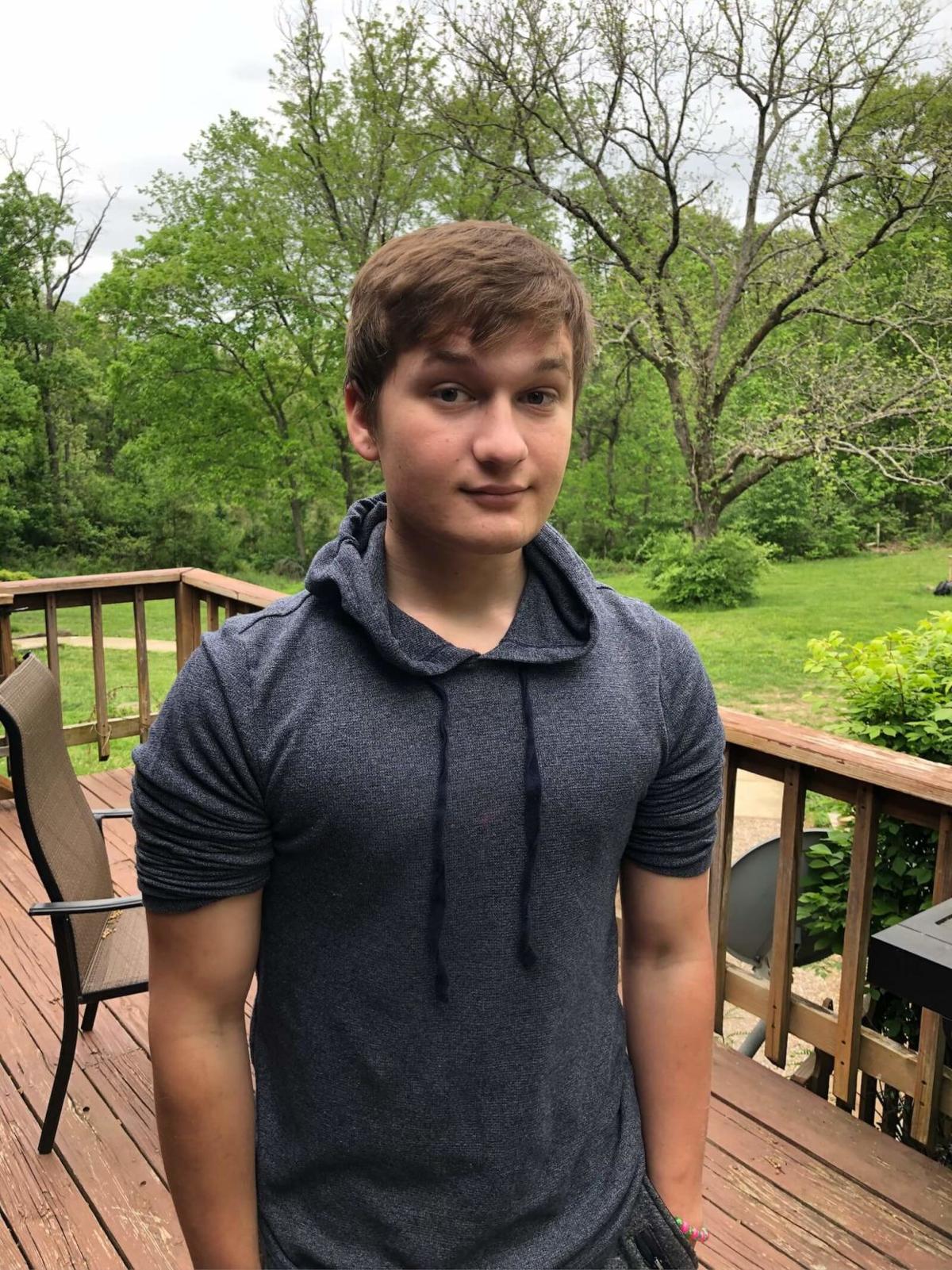 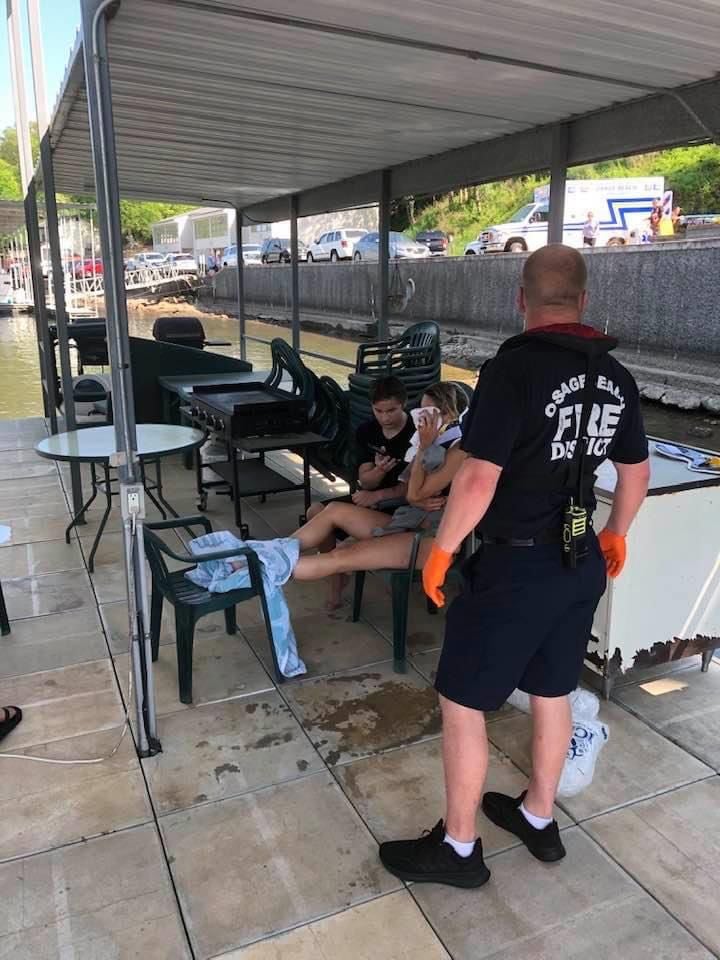 The Sea Ray was still tied to the dock at Bridgeview Marina on Lake of the Ozarks, when it exploded, the afternoon of May 2.

An 18-year-old dock attendant was standing nearby. She says the boat had just finished refueling and 18-year-old Ainsley Cusick, a senior at Camdenton, was untying the bow of the boat from the dock. Ainsley was hit by a few small pieces of debris, the dock attendant said, but was unhurt. She figures if Ainsley had not been in that position, stooped low to untie the boat, she likely would have been injured by the explosion and ensuing inferno that killed one person and injured three others.

The explosion ejected two people—Lauren Wilken and Benjamin Dodd—from the boat. The driver, Brent Soloman, had lesser injuries but reportedly jumped into the water to flee the burning vessel. The fourth occupant, 53-year-old Shawn Carroll, of Richmond Heights, Mo., was killed.

The shock of the explosion blew out the front door and windows to the marina. But the dock attendant says she and the other three dock attendants sprang into action. Despite being closest to the boat, peppered by debris, and reeling from the explosion, Ainsley reportedly flew to the fuel-pump emergency shutoff. One dock employee called 911 as Bridgeview Marina owner Greg Newell ran to the bow of the boat, cut the ropes, and shoved it into the cove. Those quick actions kept the dock from catching fire and potentially igniting the fuel pumps or nearby tanks.

Craig Berry, a 23-year-old senior at Missouri State University and dock attendant at Bridgeview, leapt into the water, only seconds after the explosion, a witness said. Craig rescued Ben, who had suffered serious injuries, and swam with him to the edge of the dock. There dock attendant Daisie Reinhart, 21, helped them out of the water.

Also at the dock was a 38-foot Sea Ray operated by Derek Duffy. They were about to refuel when the other boat exploded. As Duffy and his crew recoiled from the shock and took in the situation, they realized: 17-year-old Spencer Kirkwood, their foster son, was missing.

Spencer had responded to the explosion by running toward it.

“I saw Lauren… in the water,” Spencer said in an interview with LakeExpo. “She was just staring into space with blood running down her face. I was scared for her.”

“The adrenaline rush kind of overtook me,” he said. Without regard for his own safety, Spencer jumped into the water and grabbed Lauren. “When I was right next to [her], the boat was right behind me and I was worried there could be a second explosion,” he said. Thankfully, no second explosion came, and Spencer helped Lauren to the dock, where more hands helped pull her out of the water. Then Spencer and others helped Brent Solomon onto the dock as well.

Spencer is not trained in water rescue, but he thinks something else might have prepared him to respond: “Due to me being in foster care, I’m kind of good at responding to high-stress situations,” he said. Spencer brought ice to Lauren and sat with her at the end of the dock until medical personnel arrived. He also called and informed her family about what hospital she was being taken to.

But before any emergency responders arrived, nearby boaters and others on land were at the dock with fire extinguishers and hoses, witnesses say.

The Sea Ray, at this point a floating fireball, was drifting deeper into the cove toward Formula Boats of Missouri: a large marina and boat dealership. Boaters on personal watercraft managed to divert the Sea Ray to the shoreline before it reached Formula, by directing their wake and water jets toward it. Meanwhile, a massive yacht at Formula docked closest to the blazing boat was moved out of the slip and into the cove.

Once the boat was against the shoreline, Osage Beach firefighters extinguished the blaze.

Marina staff took Sunday off, to recuperate while the marina was repaired.

Spencer said he keeps seeing the whole scenario replaying in his head, almost like remembering a dream, and has to remind himself that Saturday's events actually occurred. “It feels super surreal. It doesn’t feel like a thing that actually happened,” he said.

“He’s a hero,” said Lauren’s brother Bob Dickson, speaking about Spencer’s actions in an interview. The same could be said of each of the many people who responded instantly to a sudden crisis: a genuine tragedy that killed one person but could have killed more, had ordinary people not risked their own safety to rescue two people on the brink.