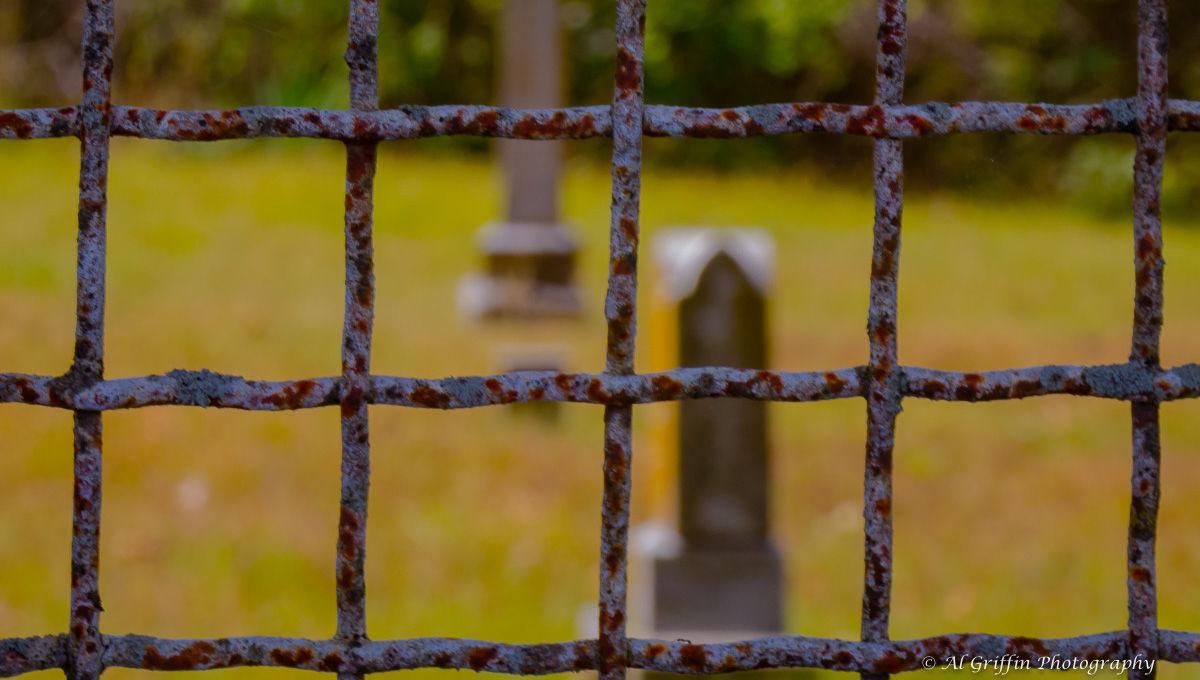 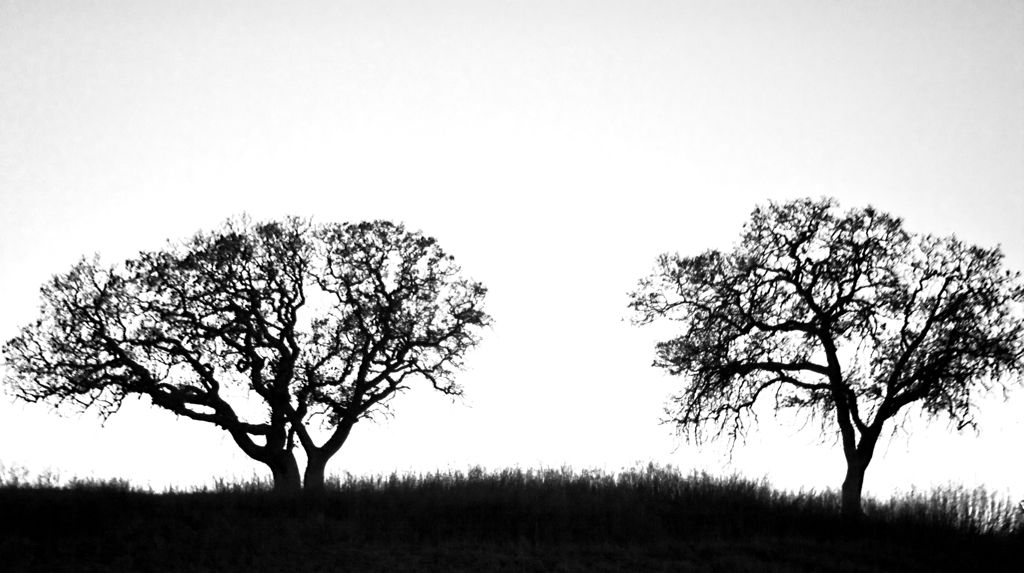 Buried under broad, flat stones in a symmetrical mound, a landowner about 40 miles north of Lake of the Ozarks unearthed a mystery.

Atop the mound grew five, stately white oak trees; beneath it, giant bones, bleached white with time. There were seven skeletons, according to the tale, and at least one of those skeletons was, to J.D. Crain’s amazed eye, at least eight feet tall. With the bones were seven artifacts that Crain thought must be petrified human hearts. That was in April of 1934. Nearly a century later, there are still more questions than answers.

The biggest problem: we don't know where the bones are, or even where to start looking.

J. D. Crain, the land’s owner in 1934, cut down the trees because he’d built a home, and those white oaks blocked his view. He found the mound’s contents while leveling the ground. He counted the rings in those trees and reported they numbered at least 100, suggesting the dead had fallen and been buried in the early 1800s, or even earlier.

Crain’s story came to the public’s attention with a Springfield Daily News report, dated April 25, 1934, and it might have been consigned to yellowing archives had Conrad Stump with the Springfield News-Leader not published a local history press release from the Springfield Library.

From the April 25, 1934 Springfield Daily News: A large mound with five white oaks growing atop it blocked the front view at the farm of J.D. Crain near Lake of the Ozarks. After several days spent removing the trees and much of the dirt, Crain came upon broad and flat rocks. Removing the rocks, Crain was astonished to find seven skeletons. While six of the skeletons were of normal size, one measured 8 feet, 4 inches. No valuables were found with the skeletons, but seven pieces of petrified material in the shape of human hearts were found. Eventually, Crain and others dug a hole near his front porch, placed the bones in a box and reburied them.

That release came to the attention of LakeExpo.com, and we had to dig deeper.

Housed and maintained through the Secretary of State’s office in Jefferson City with more 9,000,000 records digitized and online, Missouri’s archives provided J. D. Crain’s ancestry in a History of Cooper County, Missouri, especially in Clark’s Fork Township where the 340-acre farm was located. The same resource revealed that Crain’s land was originally owned by a family with the name of Lanjers (alternately spelled Lonjers). As it happens, the Lanjers name shows up on maps identifying private family burial plots and that revelation helped narrow the possibilities for the burial mound’s location.

From 'History of Cooper County, Missouri'

Reared in Tennessee, J. D. Crain received his schooling in the public-schools of his home county, and took up railroading, which he followed 28 years, and in 1899 came to Cooper County and bought a farm in Saline township. Here he made his home until 1918, when he sold the place and bought the Lebbing heirs' place, where he now lives, formerly the Herman Lonjers farm. The substantial farm house was erected more than 50 years ago, and is in good condition. Nearby is the grave of Marinus Lonjers, surrounded by an iron fence and neatly kept. The headstone notes that Marinus Lonjers was born March 2, 1827, and died on June 28, 1874. This farm has 270 acres of bottom land, the rest being upland, and has two sets of improvements. There are two fine springs on the farm, providing an inexhaustible supply of water. Mr. Crain raises registered Hampshire hogs.

Mr. Crain has been twice married. In 1878 he was married to Abitha Moore, of Warren County, Tenn., who died in 1901. To that union were bora three sons, John, Arless and Edward, all connected with the Wilson Packing Company at Kansas City, the latter being foreman. Mr. Crain's second wife, Mary Honerbrink, was born in this county. To this marriage has been born two children ; Tennie and James. Mrs. Crain is a daughter of Ernest and Barbara Christina Honerbrink, the latter of whom died on April 22, 1914, and is buried in Walnut Grove Cemetery, Boonville. Ernest Honerbrink is living in Saline township. He and his wife had eight children, of whom Mrs. Crain was the last bora, the others being as follows: Fred, of Boonville township ; Henry, of Saline township ; George, of Boonville township ; Ernest, of Saline township ; Anna, wife of Chris Ohlandorf, of Clark's Fork township ; Sophia, wife of Hogan Freeman, and Lucy, who is living in Boonville township. Mr. Crain is affiliated with the Modern Woodmen of America, and with the Ancient Order of United Workmen.

Cooper County’s Recorder of Deeds added to the facts by sending records for the area from the 1930s to the present, but the original farm has been parceled, so following a map to a single, standing home once owned by J. D. Crain and that front porch view of five white oaks isn’t possible. Without that home and that front porch, there’s just no point of reference to use in a search for the box of bones and seven artifacts that Crain reburied just below his porch.

However, digging up that box wouldn’t rule out an elaborate hoax. After all, the Piltdown Man, announced in 1912 as the Missing Link, was proven to be a hoax 41 years later. The human will to believe has often overshadowed archaeological and historical evidence, so someone more familiar with Missouri’s indigenous people, mound burials, and archaeology was consulted.

The Legacy Of The Osage

Standing tall and statuesque, wearing deerskin clothes and beads, and sporting scalplocks, the Osage Indians foraged and hunted game across territory that would become Missouri, Kansas, and Nebraska. Here at Lake of the Ozarks, the Osage legacy looms large. The high school Spring dance at School of the Osage is still called Punga Har Jo in remembrance of the first settlers. Translated as dancing on the rivers, the name is so descriptive of this place where rivers converge and memories run like waters racing to a deep pool.

As early as 1673, Europeans found the Osage near and along the Missouri River, but these indigenous people had no immunity for European diseases. Smallpox was perhaps the most virulent. It affected the Osage in 1801 and 1837, killing thousands.

The other killer was relocation. Troops accompanied settlers in their migration west to cultivate the land. Indigenous tribes were forced further west and south, many pushed to Oklahoma. The Osage were among the more obliging. Some became guides and translators. Leaders effectively negotiated for land. One of those resulted in a fortune for the Osage survivors as their final relocation put them on mineral-rich land. Oil, discovered in 1894 and officially allotted in 1906, made the few remaining in Oklahoma wealthy.

Eric Fuller, resident archaeologist at Smallin Cave and Ph.D. candidate studying Missouri’s indigenous tribes, listened to the details of this story of phantom bones. In a subsequent telephone call, Fuller said he doesn’t believe Mr. Crain’s newspaper story is a hoax. Fuller thinks the artifacts found are not petrified hearts as Crain imagined; they are more likely hammerstones or handheld stone hammers, used to cut through leather, grind nuts, or chip pieces of flint to make arrow heads.

Fuller suspects the mound is much older than 100 years, however. Small burial mounds are more characteristic of cultural practices as old as 5,000 to 3,000 B.C. during the archaic period.

Could one of the buried people have been a giant? Fuller notes the Osage dating from the 17th century were observed to be taller than most Europeans, so it’s conceivable that their North American ancestors were tall as well. The earliest men had thicker skulls and larger jaws, but dating the remains requires finding them and testing them. When that day arrives—and before opening the box—Mr. Fuller suggested that archaeologists be invited to an exhumation so that the site might be registered properly and fact can be separated in this Ozarks ghost story.

Until the day when someone pinpoints Mr. Crain’s old front porch, or when sophisticated imaging gives us the ability to peer below the soil, those old bones will wait for the day when their story has a full and complete end.

More in Spooky, Eerie, Creepy! Halloween-Worthy Stories From The Ozarks (1 of 12)

The Missouri Press Association has awarded LakeExpo.com the title of “Best News Website” for 2018 in Class 1.

Giant Bones Found In The Ozarks? Here's Why This Mystery May Never Be Solved...

Could There Still Be Graves Beneath Lake Of The Ozarks?