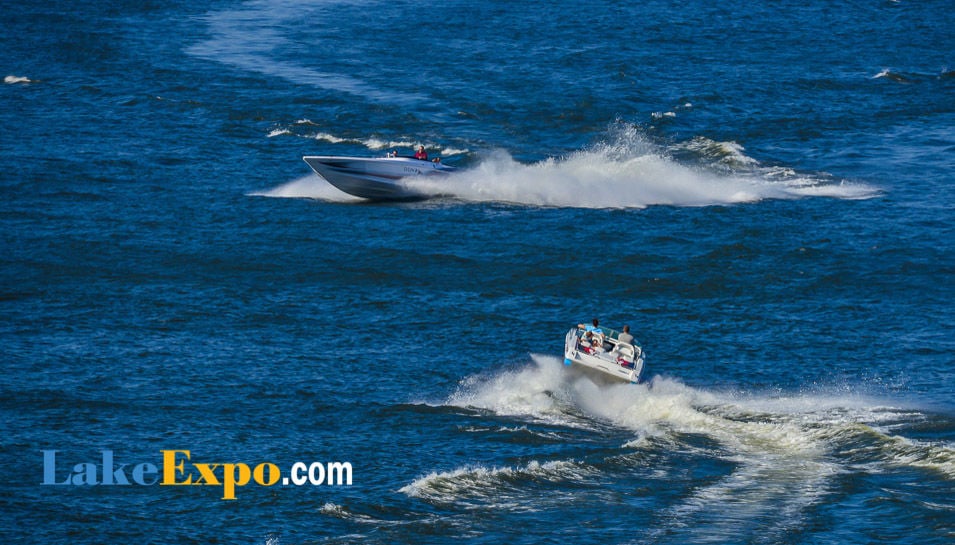 Driving a boat comes with its own set of rules, and on a busy waterway like Lake of the Ozarks, ignorance isn’t a luxury boaters can afford.

Boating in Missouri is governed by state statute, as well as U.S. Coast Guard navigation rules and regulations, which incorporate international maritime regulations known as COLREG (Convention on the International Regulations for Preventing Collisions at Sea).

A common question among boaters is, when two boats meet and their courses overlap, which one should keep its course (“stand on”) and which should alter its course (“give way”)?

LAKE OF THE OZARKS, Mo. — A boater was hospitalized on Saturday morning after two boats coll…

The answer is found in COLREG, specifically Rule 18. It outlines a pecking order for boats:

(Note, COLREG defines “underway” as a vessel not at anchor, or made fast to the shore, or aground.)

1. A power-driven vessel underway shall keep out of the way of:

2. A sailing vessel shall keep out of the way of:

3. A vessel engaged in fishing when underway shall, so far as possible, keep out of the way of:

Those are the rules based on boat type and current disposition. And it’s worth noting that COLREG doesn’t draw any distinction between different types of power-driven boats. A PWC is on the same playing field as a pontoon, a cabin cruiser, or a catamaran, as long as they’re powered by a motor.

But what about two boats that are on a collision course?

1. Head-on situation (Rule 14) — when two power-driven boats are on a head-on collision course, both should alter their course to starboard (right)

2. Crossing situation (Rule 15) — when two power-driven boats are on crossing courses, then the boat which has the other to the starboard side must keep out of the way and try to avoid crossing in front of the other boat. In other words, the boat on the left-hand side is the give-way boat, and should turn to the right and cross well behind the other boat.

There are, of course, unique situations that create caveats to the above rules, and boaters can find those in the full COLREG document.

A Special Note For Boating At Lake Of The Ozarks

Situational awareness, caution, and common sense go a long ways towards boating safely. And at Lake of the Ozarks, there are some unique circumstances that boaters should be aware of, to have a safe, fun time on the water.

1. PWCs are quick and maneuverable, and operators can use that to their advantage (or their disadvantage!). Even if the PWC is the stand-on vessel, the operator can keep a sharp eye for ways to provide as much safe distance as possible for any upcoming situations where they may cross paths with another vessel.

2. In some areas, the Lake can be busy where the channel is relatively narrow. Whether on a PWC or a powerboat, drivers should not only be aware of their immediate surroundings, but also should be watching for any impending traffic challenges far ahead. That kind of situational awareness can allow a boater to take early and obvious action and give plenty of space for boats to operate safely.

3. Coves are a special challenge. A boater coming out of a cove and just gaining speed may be on course to cross paths with a fast-moving boat on the main channel. But it would be counterintuitive to expect the fast-moving boat (which in this situation might technically be the give-way vessel) to bear right, into the cove, to give way to the boat coming out of the cove. Boaters coming out of coves should give plenty of space to boats on the main channel, before entering the flow of main boating traffic.

The Missouri Boater Safety Course offers boaters a thorough education in the rules of the water, as well as other boating tips like how to dock in windy conditions; anchoring; and even navigating dams, locks and bridges. Anyone born after Dec. 31, 1983 is required to take the course (available online) and pass a test before taking the helm. But even for those who are exempt, the course is available for free and serves as a useful way to annually brush-up on the rules of the water.

None of the above should be construed as legal advice; it is simply meant to be a helpful explanation of some boating laws. Make sure you know the rules of the water before going out. Be safe and have fun!