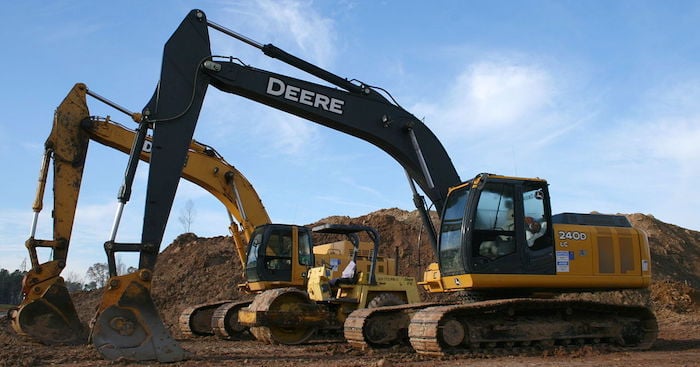 SUNRISE BEACH, Mo. — At Lake of the Ozarks, the west side is often referred to as the "quiet side," with the majority of investment and development happening in the east side cities of Osage Beach and Lake Ozark. But a tax incentive known as an "Opportunity Zone" in the Village of Sunrise Beach may bring the sounds of construction and growth to this community on the Lake's west side.

Federal and possible state tax incentives are drawing investors to develop on the quiet side of the Lake of the Ozarks. According to Sunrise Beach City Planner Roger Corbin, these developments—some of which are already underway—are expected to ease the crucial workforce housing shortage, create jobs, boost business, and increase census and sales tax revenues for the city and surrounding areas.

President Donald J. Trump’s 2018 Federal Income Tax Law created Opportunity Zones as an economic development tool that allows investors to put their money into distressed areas across the United States. The purpose was to spur economic growth and job creation in low-income communities, while providing tax benefits to investors.

According to the Missouri Department of Economic Development (DED), to determine which areas were nominated to be Opportunity Zones, Missouri relied extensively on local input. Local governments were asked to nominate areas for inclusion in the program by sending a written proposal to the DED. The communities prioritized their selections and provided DED with information about development plans, and descriptions of recent and future investments. In addition to local recommendations, the state considered an Opportunity Zone’s potential to address need and generate investment impact.

The Village of Sunrise Beach applied for, and was awarded, the Opportunity Zone designation in 2019. This 25-square-mile zone is located from the Hurricane Deck Bridge, along Highway 5 (including property to the east: for example Hurricane Dollies is in the zone) north to the city limits of Laurie City, as well as a tract in the northern portion of Camden County, from Highway RA in Laurie, down Cup Tree Road, in Gravois Mills. The map below depicts the Opportunity Zone in green.

According to Corbin, a development currently in negotiations in the Sunrise Beach Opportunity Zone is expected to lessen the Lake area's acute housing shortage for medium-to-low income individuals, often known as "workforce housing." The housing development is located behind the Woods Supermarket on Highway 5. The planned development would result in approximately 300 housing units, with some multi-family duplexes. The prior attempt at development on the site had floundered, according to Corbin, due to mismanagement, and was recently purchased by investors eager to take advantage of the tax incentives. “Who wouldn’t want their corporate tax rate to drop to zero for 10 years?” Corbin enthused. According to Corbin, 10 homes, and a portion of the project’s infrastructure had already been completed by the original investor.

Moving to Lake of the Ozarks

According to Corbin, there was a 55 percent increase in residents in Sunrise Beach from 2010 to 2020.

“There are a lot of people moving to the Lake area from large cities because they want to live in rural areas, with less crime and traffic,” Corbin surmised. “Many are retired, or near retirement. Covid-19 caused growth at the Lake, because as many were forced to work from home, working from the Lake of the Ozarks was more appealing and Sunrise Beach has excellent high-speed internet. They also were attracted by the freedoms we have here with no-mask mandates and that we remained ‘open’ for business.”

Lake of the Ozarks in the National Spotlight

Photos of packed pool bars went viral in spring 2020, as the Lake of the Ozarks made national news for its massive influx of Memorial Day vacationers, while most of the nation was on shut down. From CNN to TMZ, to clickbait sites, scattered across the Internet, Lake of the Ozarks trended and was thrust into the national spotlight, resulting in record-breaking tourism throughout 2020. “We could not get enough supplies to meet the demand,” Bear Bottom Resort Owner Matt Sutcliffe said. “Many of my customers said they had never even heard of the Lake of the Ozarks, before Covid-19.”

According to Real Estate Broker Mark Beeler, Pinnacle Real Estate Partners, “It is a seller's market, and the construction of new housing should be a priority at the Lake of the Ozarks.” Beeler crunched numbers and noted that as of December 2020, there are 52 active condominiums for sale in the entire Lake area, contrasted to 1,326 in March of 2010. There were 123 condominiums sold at the Lake in October 2020. “This means we have a two-week supply of condominiums. If you want a Lake home, don’t wait too long,” Beeler advised.

“Rapidly rising prices and not being able to keep up with the demand only exacerbates the workforce housing problem. I do not think people understand how serious this is,” Beeler urged. “We already have a tight labor market, and our wages are just not competitive with the larger cities. It makes it difficult for us to attract workers. If someone is making $12 an hour, they will not be able to afford to buy a $100,000 house and there is a five-percent vacancy rate for Lake apartments. As we go into the 2021 season, I am concerned we will not have enough housing for our workers.”

In that case, the Lake area appears ripe for development not just of mid-priced and luxury waterfront housing, but affordable off-water housing for its growing workforce needs. Hence the 300-unit development moving forward in Sunrise Beach. Hundreds of Lake area wage workers—crucial players in the area's service-based, tourist-driven economy—may someday soon have a Sunrise Beach address.