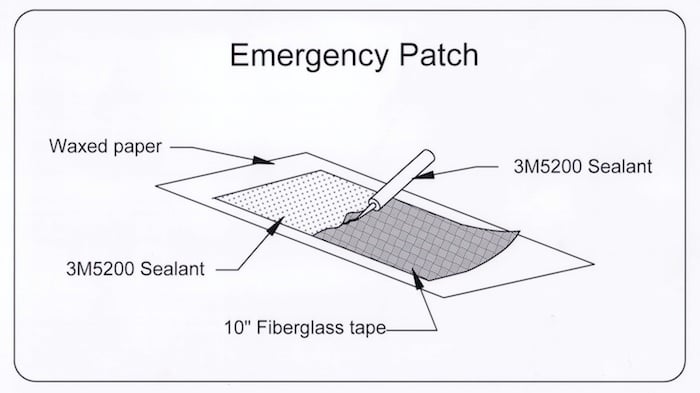 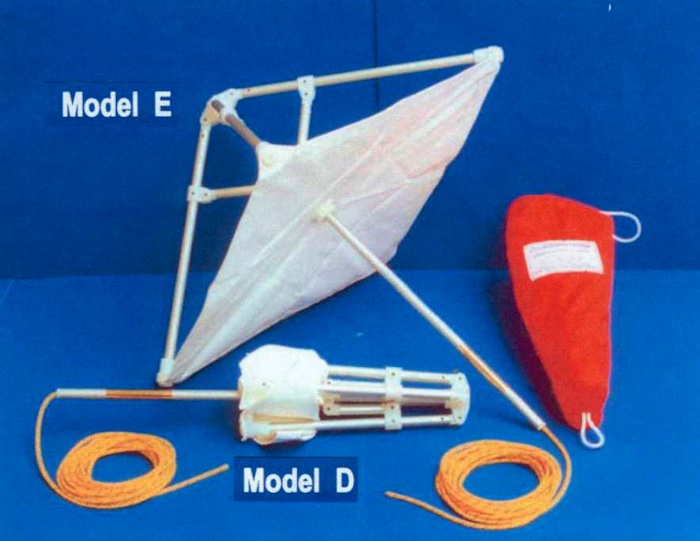 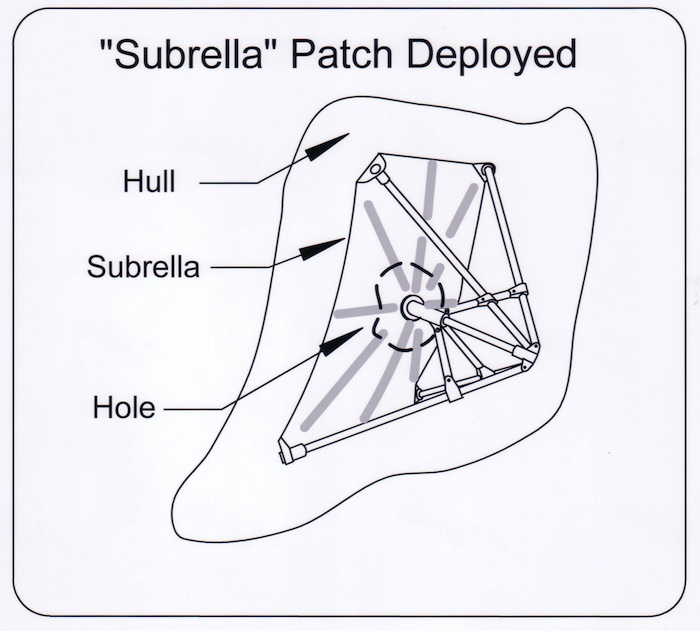 Sounds somewhat dramatic, doesn’t it? Drama aside, it doesn’t hurt to be prepared for an emergency afloat. This time, we’ll be talking about things you can have aboard to help in the advent of a serious leak in the hull.

The first step in planning your preparations is to take some time and think about some of the common scenarios you might face. Hoses breaking or coming loose, collisions with something in the water, a wave breaking over the transom or a thru-hull breaking are some of the common ones. Consider what you might do and what equipment or supplies might help. You won’t be able to cover all cases, but some simple preparation might go a long way in mitigating a problem.

All of us should have some means of getting water out of the boat when necessary. The exact devices will vary according to the size and use of the boat. Buckets and scoops (manual dewatering devices in government-speak) to high capacity electric bilge pumps and combinations of all of these can be aboard. The old saying goes that nothing beats a determined boater and a bucket.

However, even the highest capacity bilge pump probably won’t be able to keep up with a serious leak. We need to look at other options and tactics that might be able to slow the leaks to the point your pumps can keep up or at least give you some time to get off a message and abandon ship in a safe and organized manner.

One of the most common sites of leakage is the thru-hulls. A hose can pop loose or the thru-hull itself fails, leaving you with a serious hole below the water line. The first step in being prepared is to know exactly where your thru-hulls are located. It wouldn’t hurt to have a diagram prepared for those who aren’t familiar with your boat. Go over the location of the thru-hulls and the chart as part of your pre-departure preparation.

Each thru-hull should have a properly sized wooden plug attached to it by a short length of line. That way the plug won’t migrate from it’s needed location. You won’t be able to push these plugs in hard enough by hand to get them to stay, so a hammer or mallet is necessary. Check to see if you can actually use the hammer in the space it’s needed in before assuming it’s okay.

I carry a small kit aboard to deal with hull cracks and smaller leaks. This kit came in handy once at our marina. Here’s the story:

Pat and I were below in our boat at the marina when we heard a commotion outside. Popping our heads out, we saw people headed towards a houseboat several slips down. We joined the crowd to see what was going on.

It turned out the houseboat had been inboard powered at one time. Before the current owners purchased the boat, the inboard had been removed and an outboard bracket installed. The inboard engine mounts were cut out with a cutting torch to provide a large aft storage compartment.

On this particular day, the owner was in the compartment wire brushing the hull to get it ready for a coat of paint. He actually wire-brushed through the hull at one on the places the torch had been used.

I grabbed some supplies from our boat and went to help. I laid out a two-foot length of waxed paper on the dock and cut a length of 10-inch wide fiberglass tape to go on top. A tube of 3M5200 sealant was spread on the fiberglass tape and spread out with a plastic squeegee.

I had the owner put a couple of plastic bags on his hands. He then jumped in the water by the stern of his boat. I handed him the tape/sealant patch and had him duck under the stern and place the patch over the hole. The water pressure sucked the patch up against the hull and immediately sealed the leak. The patch held fine until the boat was pulled later that day. A patch kit like this takes up very little room and can be stored almost anywhere aboard.

Another technique for sealing a hull leak dates back to the early days of sail. It is called “fothering” and was used by Captain Cook when his ship struck the Great Barrier Reef and began taking on water. He had his crew line a sail with sheep dung and bits of oakum. The sail was pulled under the ship to the vicinity of the sprung planks. The dung and oakum helped seal the leaks and the sail was pulled up against the hull by the inflowing water.

I’m not suggesting you carry sheep or the dung aboard but most of us have a tarp or a sail aboard that can be pulled under the boat to help seal or at least slow the leak to the point your bilge pump can keep up. Major marine stores carry these, called collision mats.

Make friends with your local emergency room doctor or orthopedic specialist. These folks use a lightweight cast material in the form of fiberglass tape impregnated with a water activated resin. These are used for lightweight casts and have a specific expiration date. Pick up some expired rolls and keep them aboard. In case of an emergency, wad the tape up and jam it in the hole. The water will activate the resin and harden it. It probably won’t be waterproof but it will certainly slow down the leak.

There is another interesting device, made in England, for stemming hull leaks. It is called Subrella (http://www.subrella.co.uk/) and looks like a small umbrella in reverse. You stick the folded device through the hole in the hull and then unfold it. The structure is on the outside of the heavy-duty fabric, not on the inside like an umbrella. Once extended, you pull the fabric back against the hole, sealing it off.

Don’t overlook the obvious in an emergency. I was once crossing the Mississippi on a hovercraft. Coming ashore on the far side, we struck a rock, which punctured the hull. We grabbed all the throwable cushions aboard, piled them on top of the hole, and then had someone sit on the pile. There was enough weight to seal the hole well enough for us to get back across the river to home base on the other side.

Another course of action, especially here in the Chesapeake, is to run the boat aground. We’re so used to keeping the boat off the shallow spots that we tend to overlook this simple expedient.