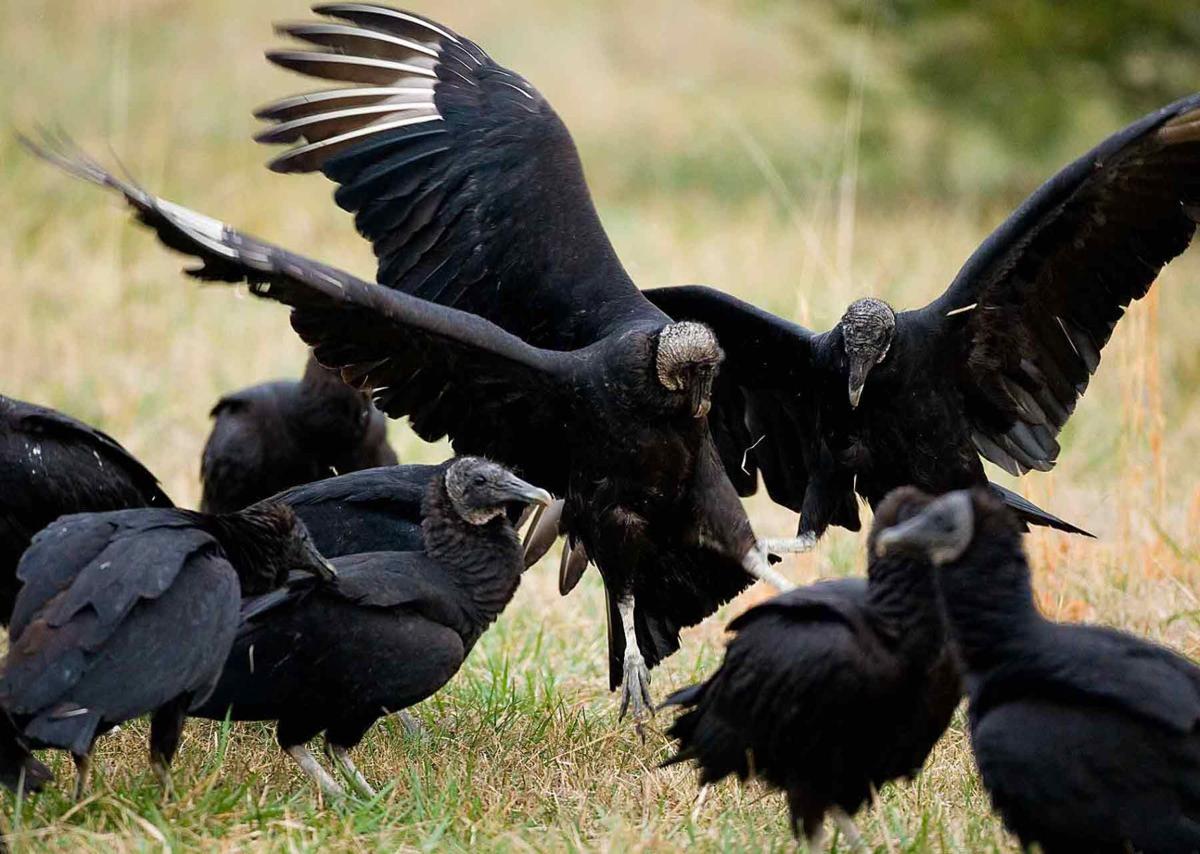 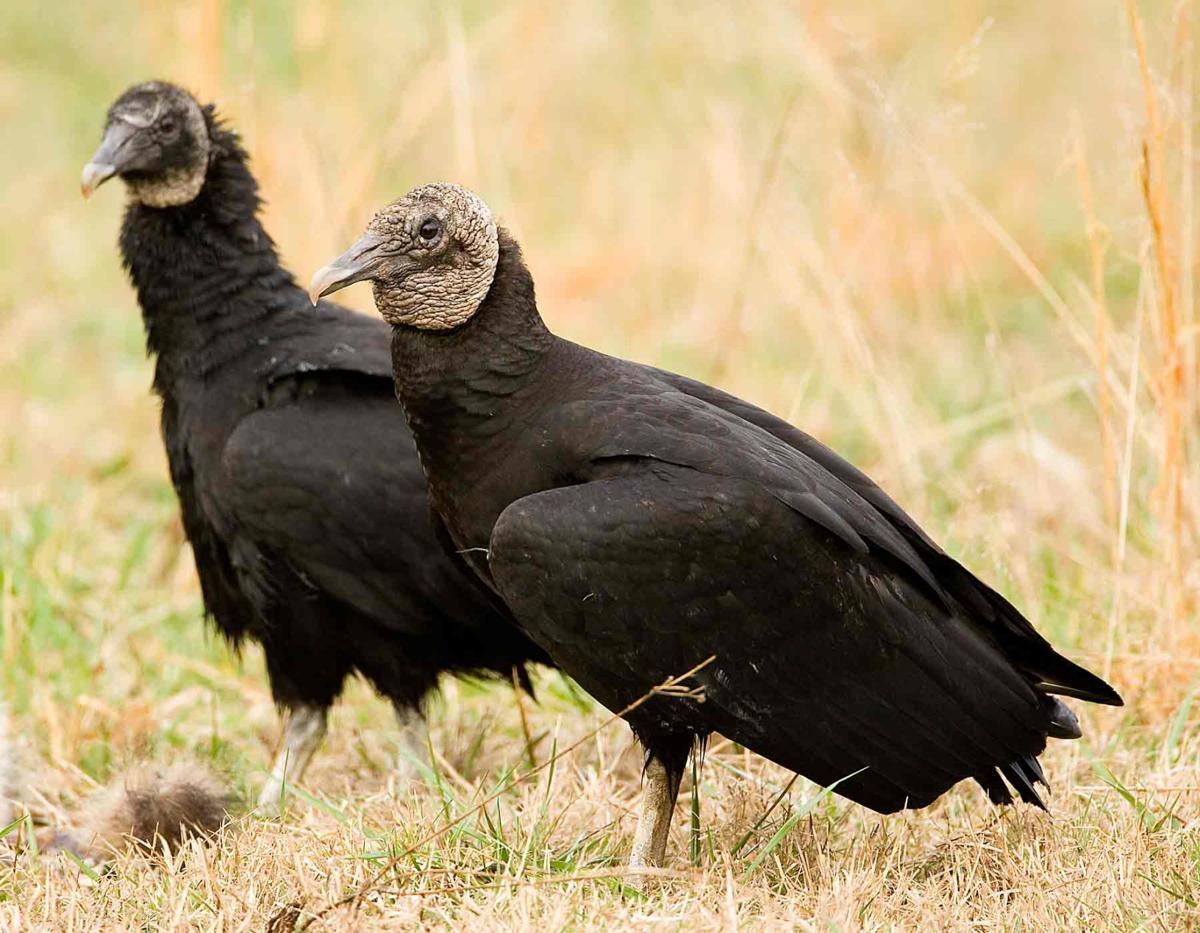 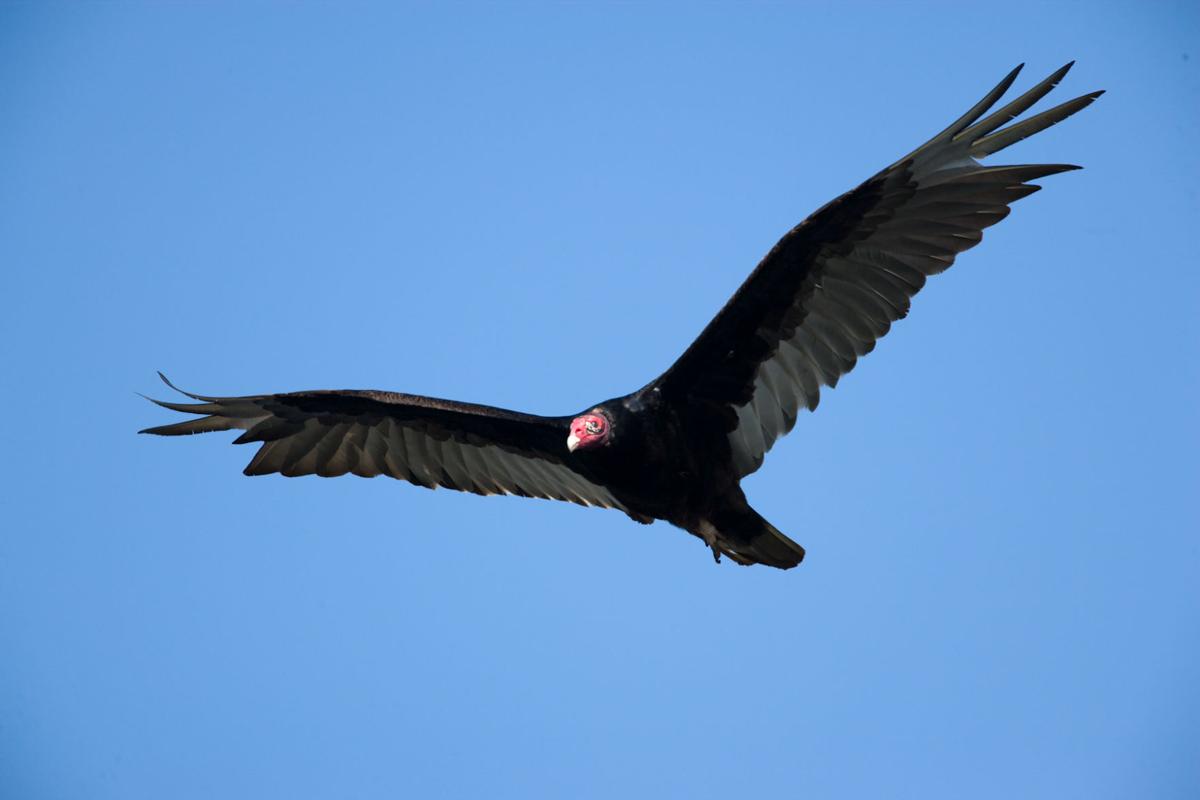 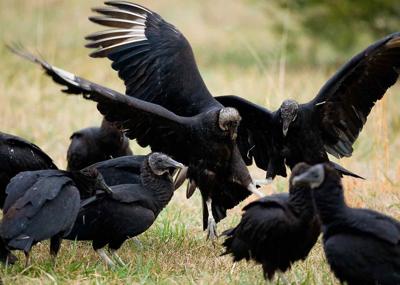 LAKE OZARK, Mo. — Until recently, there was only one type of vulture at Lake of the Ozarks: the Turkey vulture. The huge birds with naked, red heads act as a crucial cleanup crew (and they work for free!) for the never-ending supply of deer, armadillos, raccoons, and possums that don't quite make it across the road. They may not be pretty, but they're useful and don't pose much of a threat to anybody, except when the slow-moving scavengers bump the occasional oncoming car.

But the Missouri Department of Conservation (MDC) says there's a new vulture in town, and this species has been causing problems for visitors to the Bagnell Dam Access on the Osage River. They're called Black vultures. The birds seem to enjoy perching on parked vehicles, and their talons can wreak havoc on a vehicle's paint job. That's bad enough, but when a Black vulture lands on your car, it's just getting started.

Eric Swainston, local MDC Conservation Agent, explained, "They will pick at the windshield wipers, and the rubber seal around the doors, windows, windshield, any type of sunroof or moonroof."

The conservation department has worked to harass these birds and remove some of them, but they continue to congregate in this area despite deterrence efforts. MDC also has signs posted at Bagnell Dam Access alerting area users of the potential nuisance threat. Swainston called the MDC's efforts "a work in progress." He added, "We don’t know if we’re making an impact right now or not."

"MDC and conservation partners in the area are working to try to deter these vultures, but black vultures can be aggressive and persistent," said MDC Wildlife Regional Supervisor John George. "It may make sense for area users to take precautions such as covering their vehicles with tarps and straps. However, even these precautions do not necessarily guarantee full protection."

Swainston said the Black vultures seem to be gravitating toward vehicles that have been parked for awhile, but he said there's no guarantee visitors planning a quick run down to the dam won't find a vulture perched on their vehicle when they get back.

Black vultures (Coragyps atratus) have a large, black body with a naked black head, but they're a bit smaller than their Turkey vulture cousins. Their global range extends from South America through the southeastern U.S., and, historically, these birds have only been reported in southern Missouri. However, in the past several years their range has expanded northward and sightings as far north as the Lake of the Ozarks have increased.

Why? Swainston says it's a sign the species is thriving. "It’s just like any animal that continues to grow in population," he said. "They’re just slowly expanding their range… just like the armadillos kept moving north."

Native to the rainforest, these critters have some bizarre abilities.

In addition to cleaning up dead animal waste, vultures are a key part of the ecosystem as they recycle proteins and other nutrients, and limit exposure and the spread of disease to both wildlife and humans. Two species of vultures live in Missouri. The Turkey vulture (Cathartes aura), identifiable by its naked red head (adults), is slightly larger and typically avoids areas where Black vultures are present. Turkey vultures find carrion by riding wind currents and searching for smells to investigate for food. Black vultures' sense of smell is not as sharp as turkey vultures', so they rely more on sight to find food.

All vultures and other non-game bird species are protected by the Migratory Bird Treaty Act and may not be killed without special permission from the U.S. Fish and Wildlife Service.