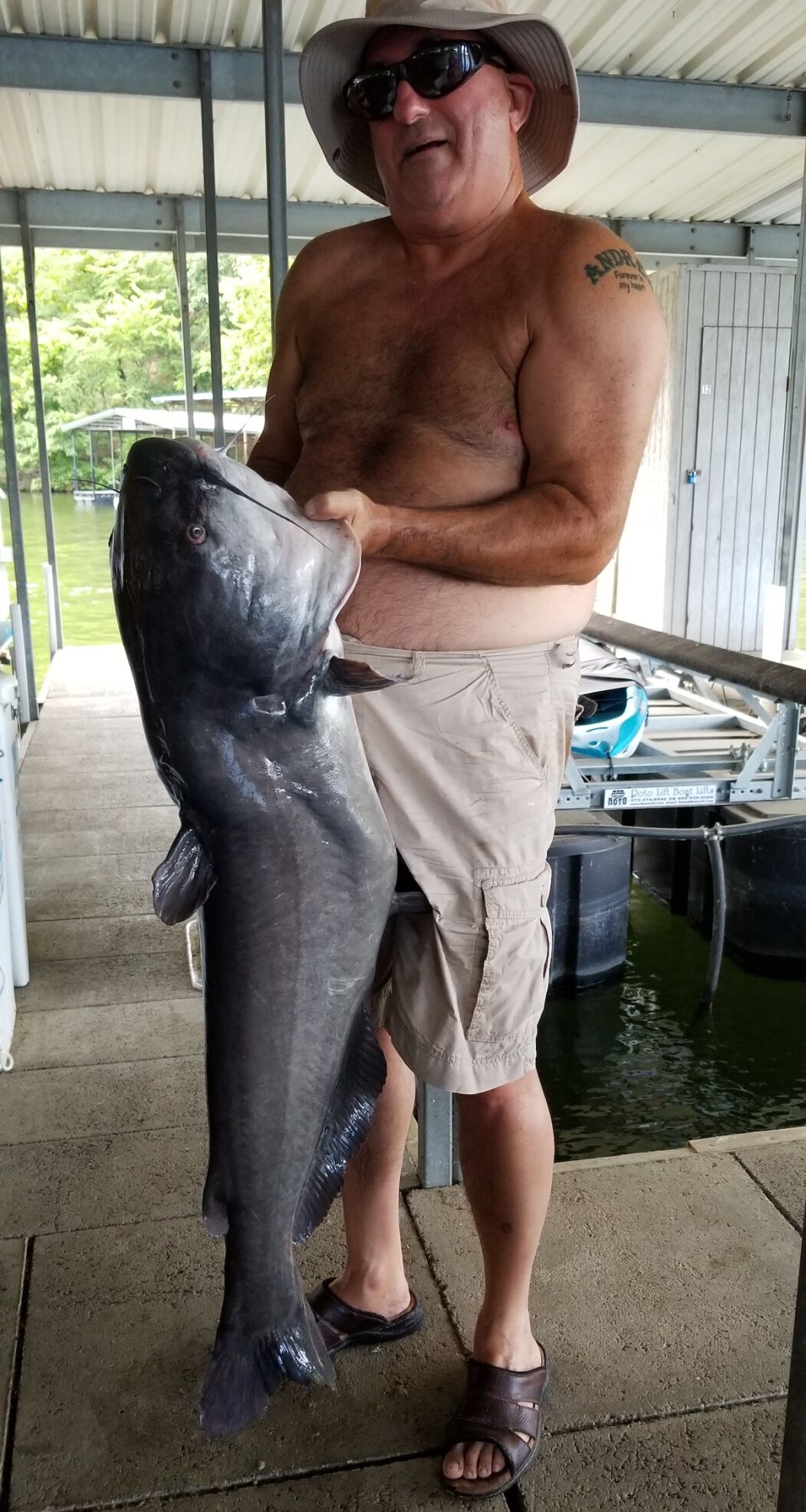 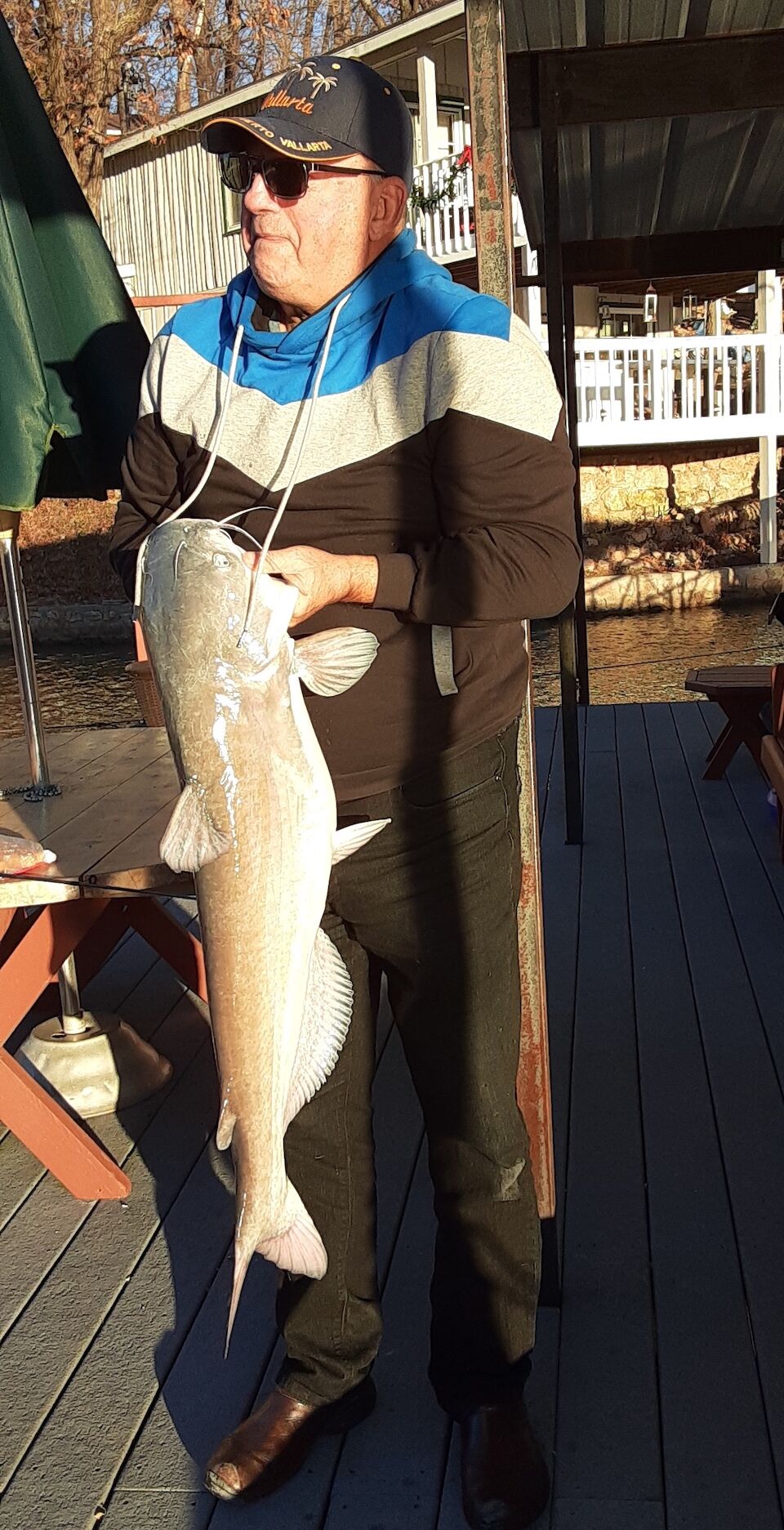 Jack Tyler knew he had a big 'un on the line. It took him over an hour, but he finally reeled the hefty blue catfish to his dock at the 3.5 Mile Marker, and pulled it out.

It took two people to get the fish on the dock; it weighed in around 60 lbs, Jack said. "An epic battle!" he laughed. He caught the blue cat on a combo of bloodbait and nightcrawler. Once filleted, the catfish yielded 14 pounds of meat.

It wasn't Jack's first giant catch: on Christmas Day of 2019, he reeled in a huge channel catfish that bit on a hotdog, at a friend's dock around the 28 Mile Marker. Channel catfish do not typically get as large as blue cats, and this was a pretty big one. Jack threw the fish back, thinking the state record was 77 pounds. But that's the record for the third species of catfish found in Missouri: the flathead catfish. The channel catfish record is 34 pounds, 10 oz, and it has stood since 1976. Jack wonders if the fish he threw back may have topped that record.

Jack recently retired to the Lake with his fiancee, but he's no stranger to the Ozarks: he has been coming here for years, and was a performance boater, decades ago. He had a Hustler catamaran and a Black Thunder v-bottom, but these days, pontoons are more his speed. Jack is mostly retired but runs an accounts receivables business at the Lake, where he helps local businesses communicate with and get caught up on delinquent receivables from their clients. The business is called Professional Receivables Management.

To learn more about Professional Receivables Management or schedule a free consultation with Jack Tyler, call 573-552-9396, or email him at proreceivables54@gmail.com.