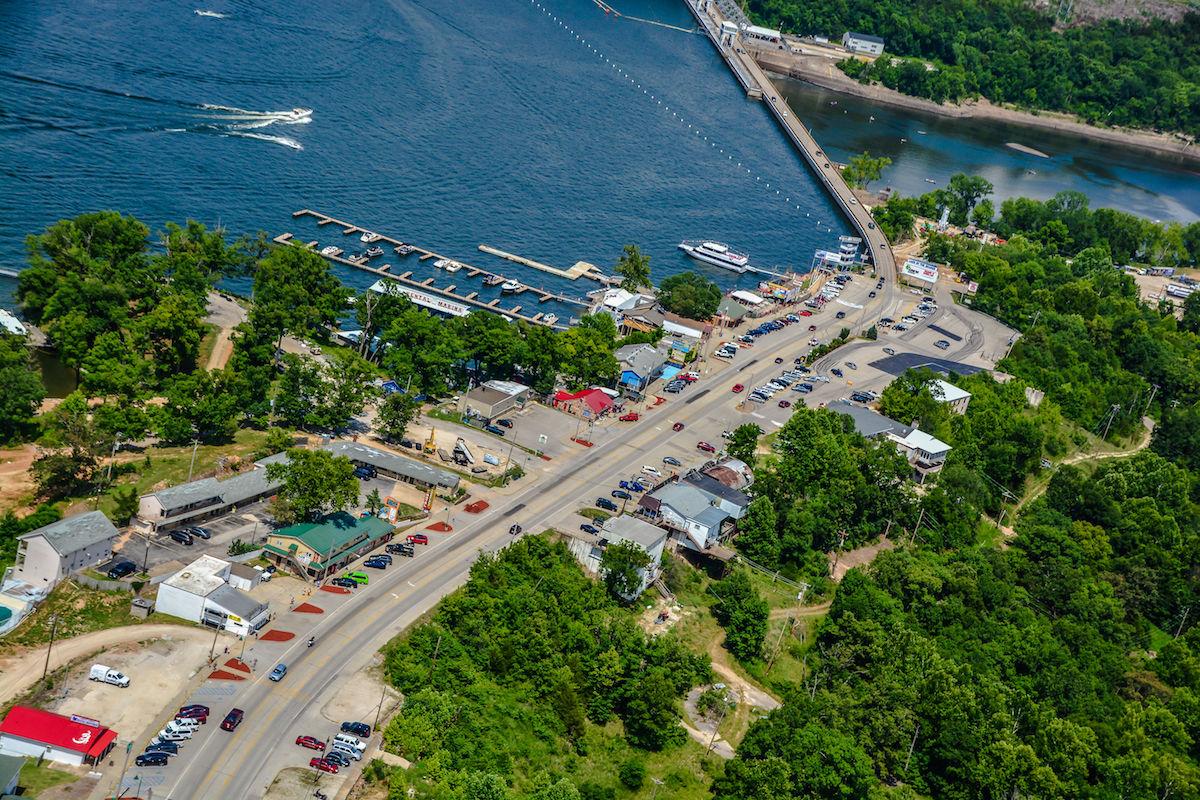 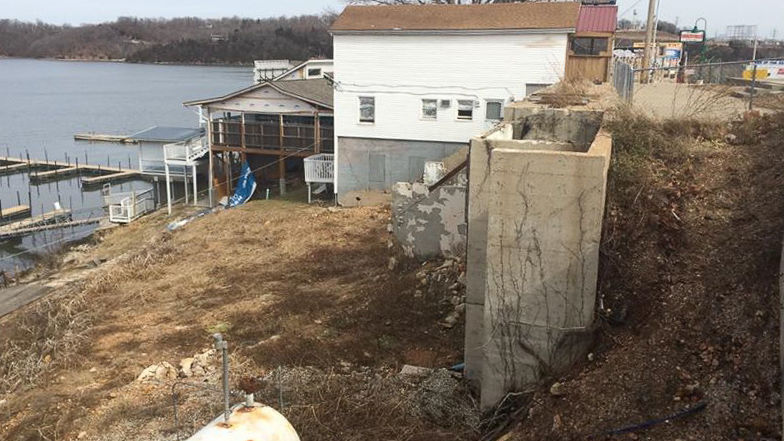 The Bagnell Dam Strip's glory days were indisputably the 1950s and '60s, when "The Strip" teemed with tourists and families finding weekend fun at nostalgic places of yesteryear. Changing tastes and the 2008 financial collapse combined to put business on The Strip in a rough spot, but the iconic spot at Lake of the Ozarks has been making a steady—albeit slow—recovery.

These days, cruising The Strip on a Saturday night feels more like a trip down memory lane. New shops, restaurants and bars draw plenty of people. And Lake area restauranteur and developer Tim Vogel says he's capitalizing on the growth with plans to open a restaurant—a second location for his highly popular waterfront Tap And Grill.

Lake Of The Ozarks In The '60s: The Birth Of Fiberglass Hulls & Second-Home Owners

In the 1960s, the Lake of the Ozarks truly came into its own as the Midwest's playground. Am…

Vogel purchased a building next to Mike Fink’s Marina, near Beavers at the Dam, and has already removed the old buildings. His plans are to open a three-story, top-quality, casual restaurant with a rooftop bar and outdoor patio with fire pits, that overlook the first mile of the Lake of the Ozarks.

“The Lake and the Dam are what draw people to The Strip,” Vogel said. “I’ve been coming to the Lake for more than 40 years, first on family vacations. I am anxious to see The Strip get back to what it once was. I want to commend the great businesses and operators like the Tuckers and the Brick Brothers for all they have done. We are moving towards that goal.”

Do Signs Point To A Family Friendly Future For The Bagnell Dam Strip?

Vogel was referring to the millions of dollars invested in new business in “dining and entertainment row” on The Strip. In the past few years, Tucker's Shuckers, Sergios, High Noon, J Wayne's, and Marty Byrde's have joined longer-standing successful restaurants like Casablanca along The Strip. Meanwhile, Iguana Watersports continues to invest in business development, with a rumored long-term plan that is kept as a closely guarded secret, for now.

“Business growth on The Strip is strong,” Lake Ozark Building and Zoning Official/Deputy Community Development Director Tim Haden confirmed. “We had 12 million dollars invested in the city in new construction in 2018.”

But there is still work to be done, to bring The Strip back up to full potential. Multiple buildings and properties need to be cleaned up and renovated. “There has already been a lot of renovation and there will be more, it just takes time,” Lake Ozark City Administrator Dave Van Dee pointed out.

And with the increase in traffic, The Strip can't keep up with parking needs. “There is a finite amount of public parking,” Dee said. “We have talked about using parking meters, but they really do nothing to enforce turnover as intended.” Encouraging employees that work on The Strip to park in a satellite parking lot and shuttling them to work has also been tried. According to Van Dee, George Tucker donated money to demolish the old police department and the space was converted into a parking lot, but it was not nearly enough.

Annual family-friendly events have also introduced—or perhaps reintroduced—myriads of people to all The Strip has to offer. From the monthly Hot Summer Nights to events like the Shootout On The Strip, The Strip has become a draw for big events at the Lake.

Additionally, the Lake of the Ozarks' central location in Missouri and its proximity to multiple major interstates is starting to pay off. Multiple airports service the Lake area, with private aircraft arriving and departing regularly, and Columbia Regional Airport is just an hour away. "We have people flying in every weekend in private planes and we need to cater to them," Vogel said. "We should be the place where all the movie and sports stars come for entertainment and relaxation."

As a developer and investor, Vogel sees the Lake's future potential, adding, "The Lake of the Ozarks is like a diamond that just needs a little polishing to make it shine."

LAURIE, Mo. — A new apartment complex under construction on the Lake of the Ozarks Westside …

The Bagnell Dam Strip Is Getting A Bus Service; Here Are The Details