LAKE OZARK, Mo. — Highway 54 is Lake of the Ozarks’ front door. Vacationers from much of Missouri and Illinois pass southwest on the highway through Jefferson City and then a long stretch of increasingly rugged Ozark hills before reaching the exits for Lake Ozark and Osage Beach, and then passing through the center of Camdenton. The “Lake Of The Ozarks” Hollywood-style sign perches atop the main exit that brings travelers into the heart of the Lake’s east side, where Lake Ozark and Osage Beach meet.

Across the highway from that sign is a quarry. Developer RIS, Inc. has been chiseling out the limestone of the Ozark hillside as pre-development quarrying for Phase 4 of the Shoppes at Eagles’ Landing. RIS owner Gary Prewitt hopes the development will someday extend across both sides of Highway 54. The current shopping center includes a Marcus Cinema, Menards, Kohl's, Buffalo Wild Wings, and CVS Pharmacy, all on the east side of the highway—which runs north-south through the two cities—and is accessible only via Business Hwy 54.

One mile before southwest-bound drivers reach that quarry, they meet another, long-abandoned one. It sits on the same side of the highway, now overgrown with weeds. A large for-sale sign is perched atop one high spot. The old quarry, mostly level aside from some piles of rock and dirt, is advertised as a prime location for commercial development. It abuts one of Lake of the Ozarks’ most elite golf courses: Osage National.

Two miles back, in what has long been called "Mead's Flats"—and still is, by those who've been here long enough—a quarry operates near the Little Gravois Creek, just on the east side of Highway 54. On the opposite side, but tucked out of sight a few hundred yards off a side-road, a massive quarry is leveling out a handful of rugged Ozarks hillsides, also on the Little Gravois Creek.

Now, right between the quarries in Mead's Flats and the abandoned quarry at the Osage River Bridge, Magruder Quarry & Equipment is asking the City of Lake Ozark to approve a new, 371-acre quarry along Highway 54. The exact site would be across the highway from the Cenex gas station where Highway W intersects with Highway 54 at a surprising stoplight. The intersection is planned for a major upgrade by the Missouri Department of Transportation in 2020, with a "diamond interchange" and overpass planned to replace the stoplight.

The company first must obtain a change in zoning on the property, from the current Residential and Commercial zoning to Light Industrial, and the issue is set to go before the city’s Planning & Zoning board on Wednesday evening, Aug. 7, with a public hearing at 5 p.m. The P&Z board’s job is to consider the request and then make a recommendation on the zoning change (either for or against), and pass that recommendation along to the city board of aldermen, whose prerogative it is to approve or deny the request.

In the application for rezoning, Magruder Production Manager Clark Bollinger said the quarrying would "prepare the property for future development."

"As the property is prepared for development we will be better prepared to compete for businesses like Quaker Windows, which recently announced opening a new facility in Eldon. That type of business increases employment opportunities for our residents and they typically have a ripple effect throughout the local economy," he said.

He argued blocking light industrial developments would limit the community’s “ability to grow and sustain our tax base and municipal services.”

Bollinger also said, “as I understand the plan; the majority [of] the quarry operations will be on the northern areas of the property.”

Lake Ozark Alderman Pat Thompson, who formerly sat on the city’s P&Z board, is against the proposed change, and has been working to rally her constituents to oppose it as well. In a letter, Thompson wrote, “We already have a ghost quarry in front of Osage National that has never been developed… [Tourists] coming to visit the Lake now see beautiful wooded acres as [they] approach, but once they get past the light on Rt. 54 they see one vacant quarry and one large active quarry. Do we want the City of Lake Ozark to be known for our quarries? Do we want to see a quarry next to Osage National?”

Magruder is no stranger to quarrying at the Lake. The company’s most notorious active quarry operates in Sunrise Beach, and has been a battleground. Nearby residents mostly loathe that quarry, saying it disturbs the Lake life they came here to enjoy, and causes traffic problems. Magruder’s attempts to expand that quarry have fallen flat, despite the company’s argument that the operations would leave a well-cleared piece of developable land, prime for commercial use.

“If you drive in a car, live in a house, if you have a patio or driveway, we have a positive impact,” Bollinger told LakeExpo in 2017, while making his case for the Sunrise Beach quarry expansion. Bollinger noted Magruder employs local folks, and helps keep local dump truck drivers in business by providing a local quarry that prevents costly long hauls. “We are trying to be good neighbors,” he said.

Bollinger did not respond to a request for comment. 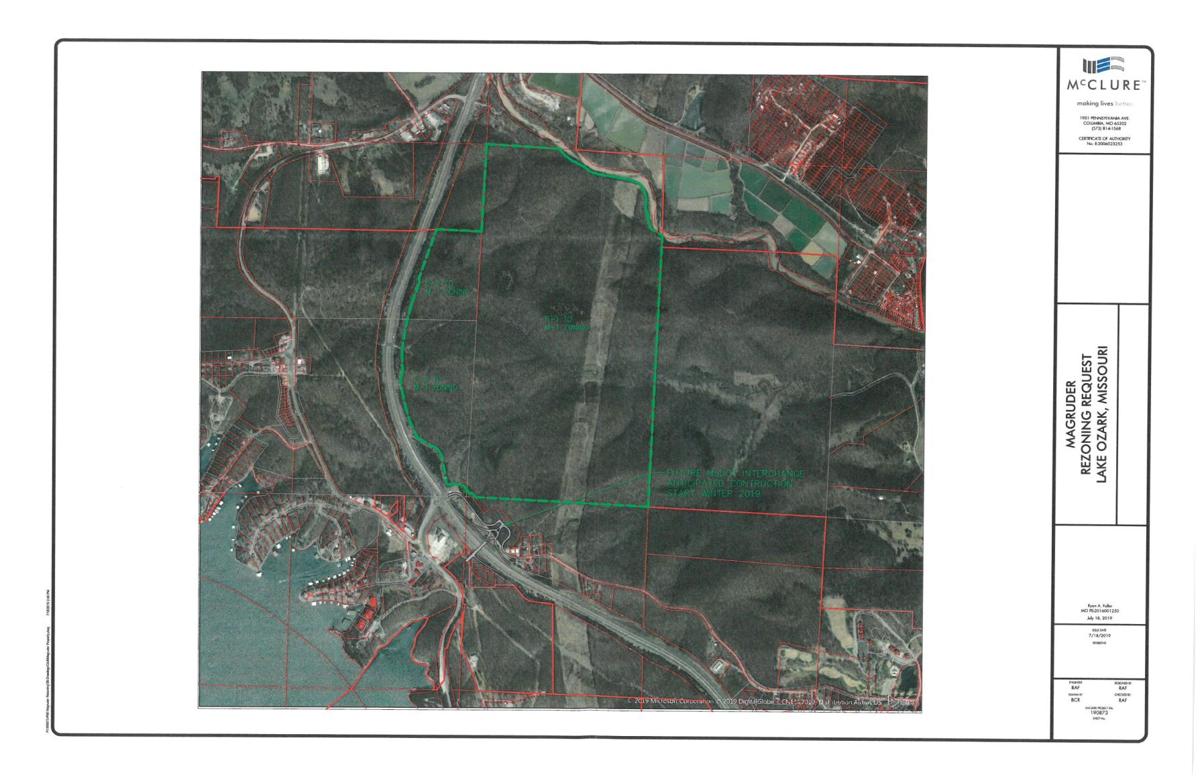