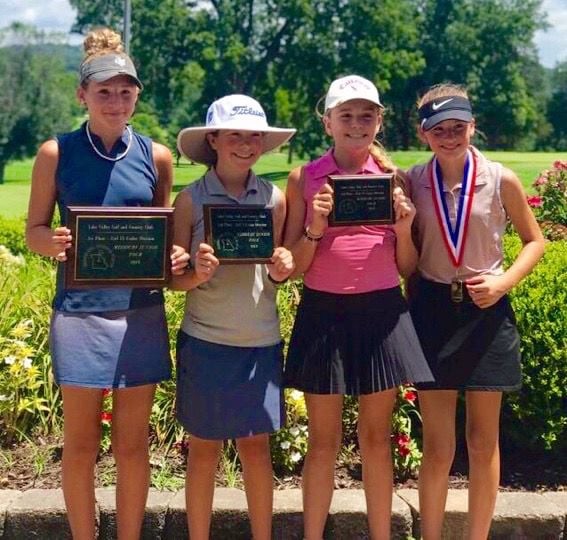 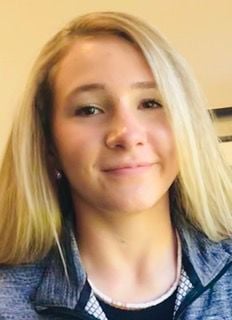 SUNRISE BEACH, Mo. — A local middle schooler probably golfs better than you. Sophia Sindlinger's skills are being noticed on a national scale—and may earn her the opportunity to play at Augusta National Golf Club, the day before the 2020 Masters.

This weekend, Sophia, age 13, of Sunrise Beach, will compete at the Drive Chip and Putt Regionals in Parker, Col., on Sunday, Sept. 8, 2019. To be in the tournament, Sophia had to advance through multiple local and sub-regional qualifiers. If she advances at the Regionals, she will earn an invitation to the National Finals on Wednesday, April 8, 2020, the eve of the 2020 Masters at the Augusta National Golf Club, in Augusta, Ga. “It would be so exciting to attend the Masters!” Sophia enthused. It is typically difficult to obtain tickets for the elite, invitational tournament.

Sophia has been involved with the Missouri Golf Association (MGA) for the past six years. She won first place in the 12- to 13-year-old age division, in the MGA Junior Championship on Monday, Aug. 5 at the Osage National Golf Resort in Lake Ozark, Mo. “I had never shot in the 70s in tournament play before, and that was my goal,” Sophia said. She ended the tournament with a score of 77.

The Mid-Mo PGA Junior League in Eldon has also been a big part of Sophia’s golf life. She has been able to compete, make new friends, and have fun through the league. Over the past few years, their All-Star team has been able to go up against the best of the best by traveling to St. Louis and competing against teams from across Missouri and Illinois.

Going into any tournament, Sophia said she works hard, sometimes hitting more than 100 balls a day. “I know I am going to have good and bad days, so I will just keep working at it,” she said. In addition to practice, Sophia prays before every game. “[God] gives me the ability to play and to have a good mindset.”

“I need to thank my parents because they have been so supportive in helping me get into this sport,” Sophia said. She started playing golf at the Club at Porto Cima in Sunrise Beach with her parents, Tim and Donna Sindlinger, at the age of three. “It was a fun way to spend time together with family and friends,” Donna said. Tim played on his high school golf team, back in Iowa. He taught Sophia the basics of golf and to love the game, but soon Sophia was the one who wanted to play all the time. Then she started regularly scoring better than both of her parents.

Sophia has also had several exceptional coaches at the Lake of the Ozarks. Currently, she is working with Old Kinderhook PGA Golf Pro Shane Blankenship.

“It would be difficult to mention all of the people that have given their time to further Sophia’s golf game,” Donna said. “Two other people in particular have had a great influence in her life. One is Tan-Tar-A-Golf Club PGA Pro Paul Leahy, who Sophia met in the summer of 2014, when she first joined the Lake of the Ozarks Junior Golf League (LOJGL).

“Paul has been a great mentor to Sophia and he has been there every summer to encourage her and other golfers in her group.”

Donna said Eldon Golf Club PGA Pro Michael Cummings has also given his time to organize the Mid-Missouri PGA Junior League, which Sophia joined a few years ago. “He has also been an encouraging influence on Sophia,” Donna said. “He often attempts to get her to be less quiet and to laugh. Both organizations have been a great way for us to feel like we are a part of a community and to develop great friendships.”

Sophia’s current home course is the Osage National Golf Resort, which she says has a great practice facility. “The staff has made Sophia feel at home,” Donna added.

“My favorite course that I have ever played on is Jack’s Point in Queenstown, New Zealand,” Sophia revealed. The Sindlingers took a family vacation to New Zealand in January.

After graduation, she plans to study veterinary medicine at Duke University and play golf with the Duke University Golf Team. “And then maybe become a professional golfer,” Sophia said hopefully.