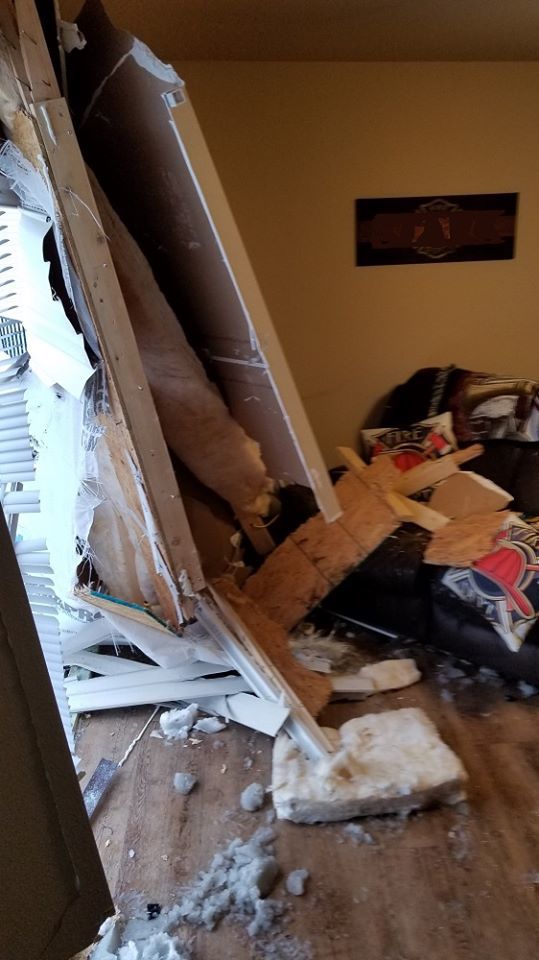 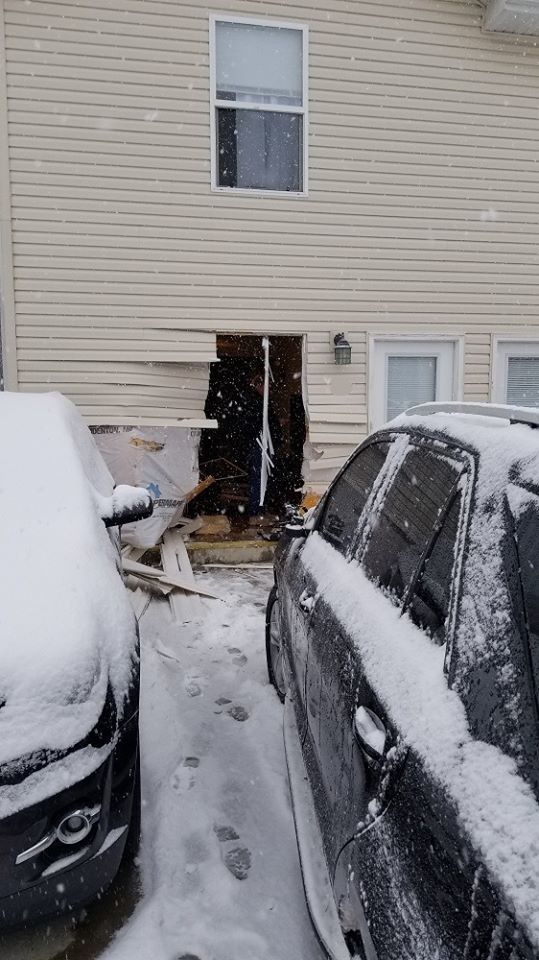 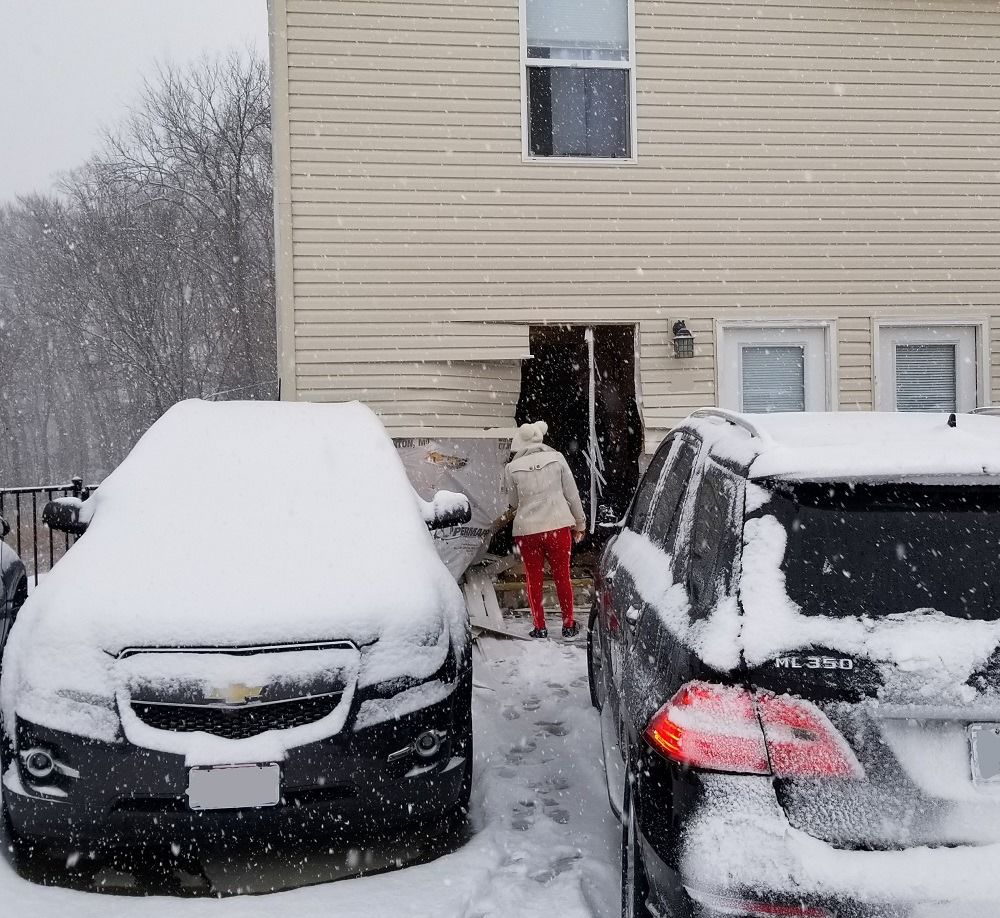 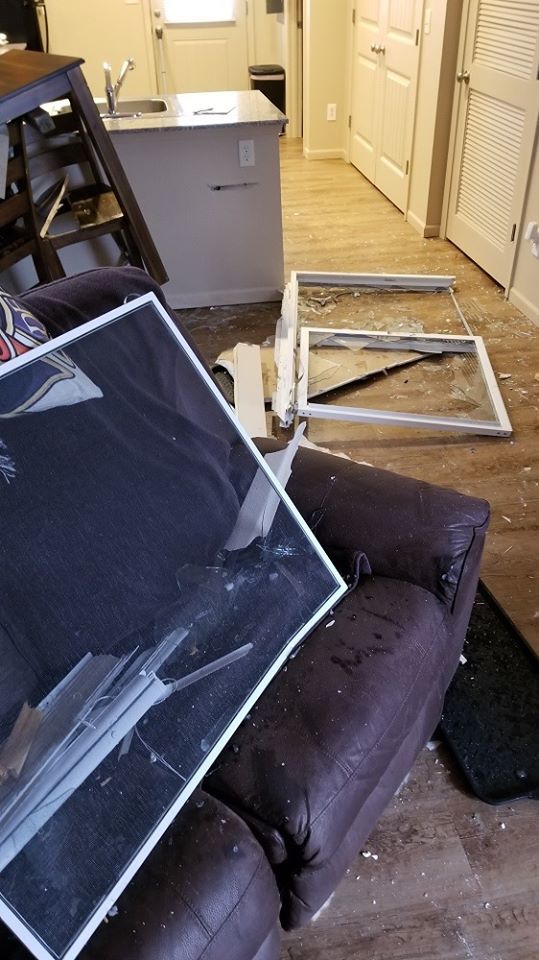 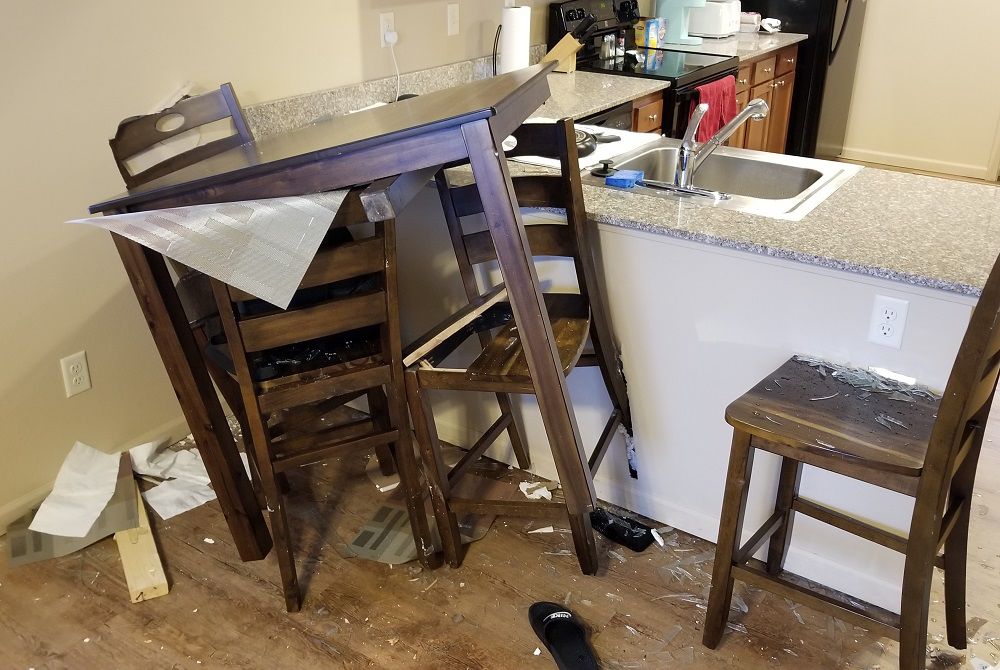 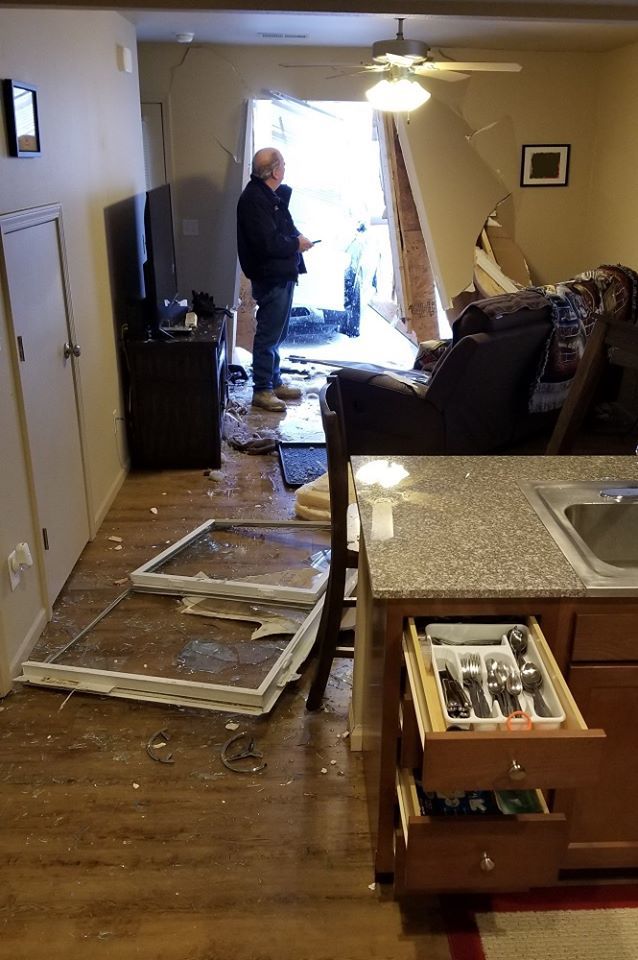 In 2014, a car drove through a wall at the Camdenton Fire Station, pinning Deputy Chief Stark under the vehicle, in his office. He was flown to treatment and made a full recovery. The driver in the 2014 crash was arrested.

Thankfully, in this incident, no one was hurt, but they very well could have been.

On Saturday, Jan. 11, as snow fell across the area, Stark was working at another emergency when at 3:43 PM the district was dispatched to his home. The caller reported a car had crashed into a building on Palm Gardens Drive in Camdenton. Firefighters arrived to find that the SUV had gone through the exterior wall into the living room and kitchen area of one unit. The building involved had three units in it, but only one was involved in the incident and damaged. At the time of the incident, it was snowing and the roads were covered and slick.

Only upon arrival did firefighters realize the unit involved belonged to Deputy Chief Stark. He was not home at the time of the incident, but his daughter was; fortunately, she was upstairs at the time and was uninjured. There were no injuries reported as a result.

The crash punched a large hole in the front exterior wall of the unit, so MCFPD firefighters assisted in boarding up the exterior wall and securing the unit. "We are all very grateful that no one was injured in Saturday’s incident," said MCFPD Chief Scott Frandsen.