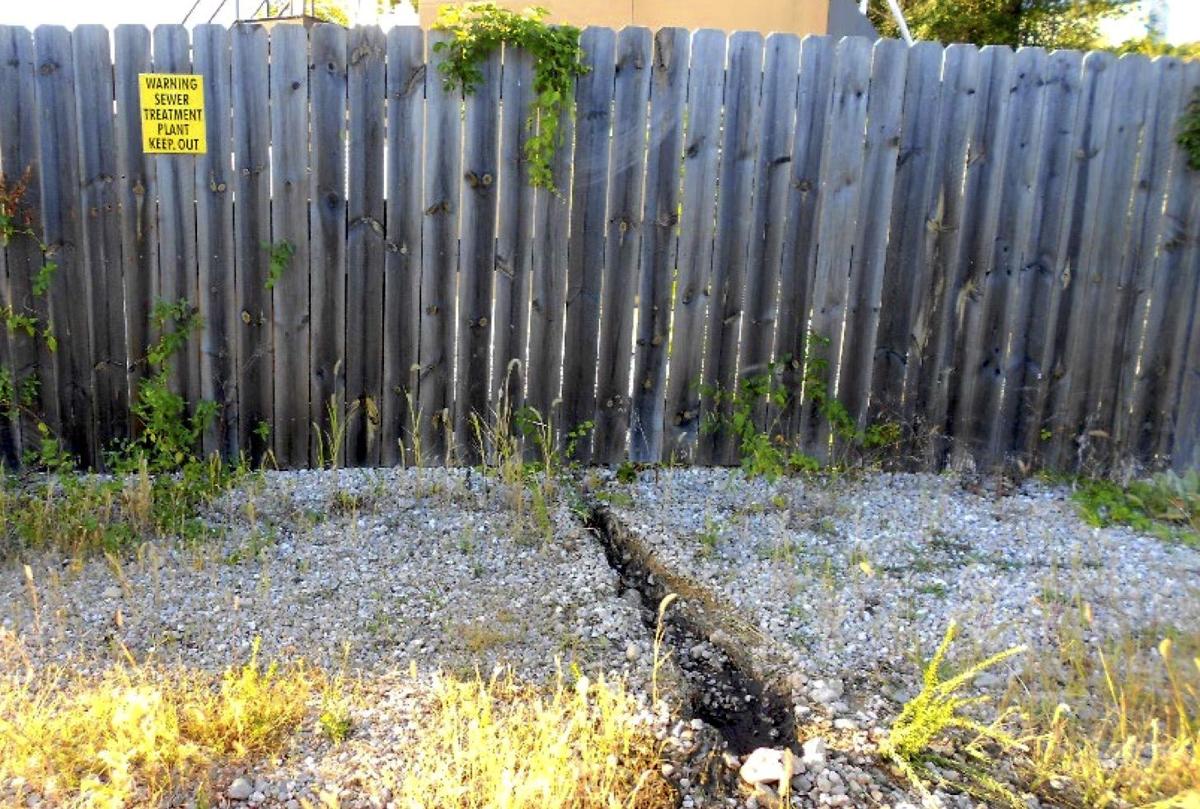 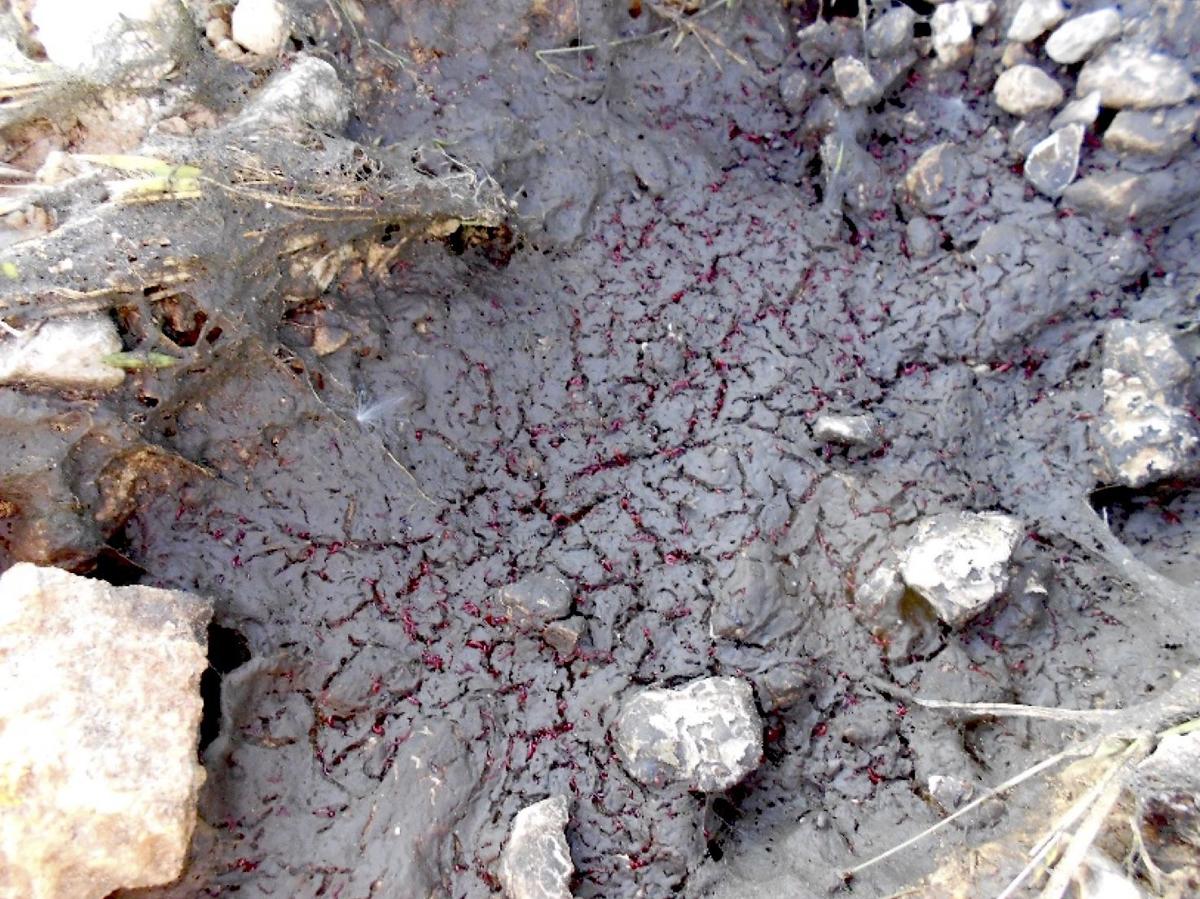 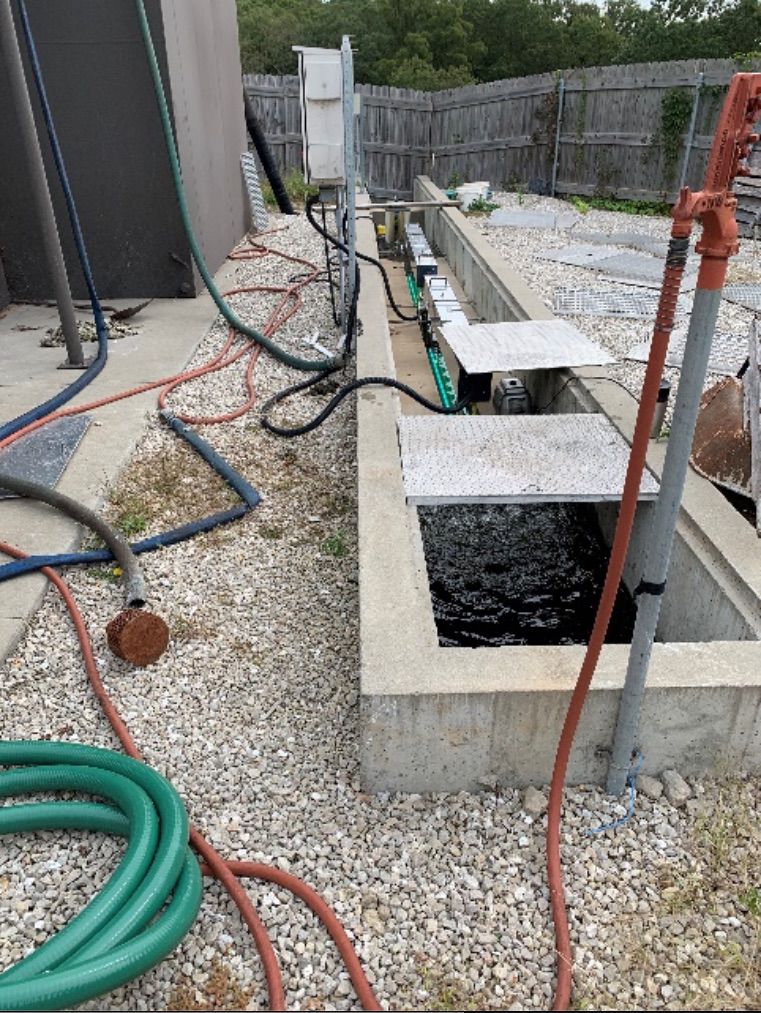 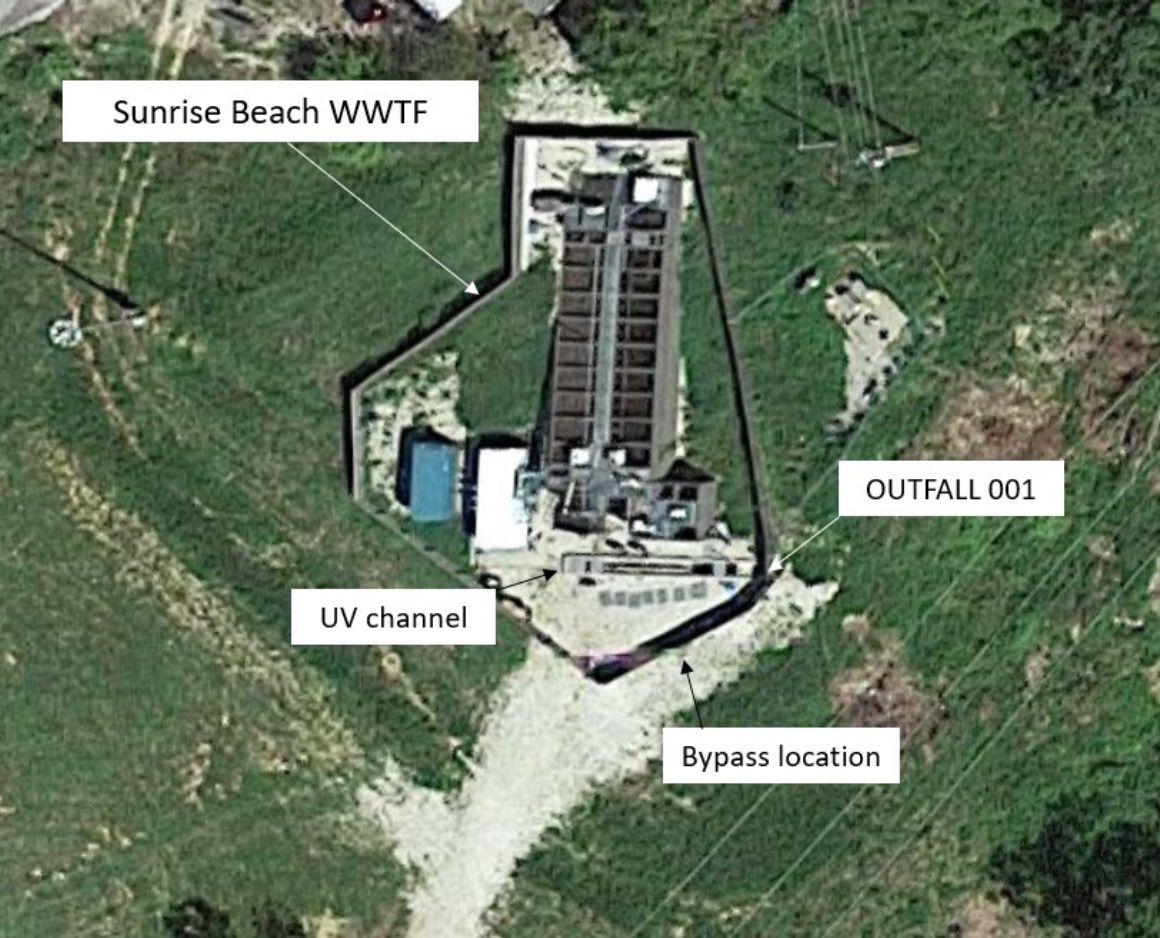 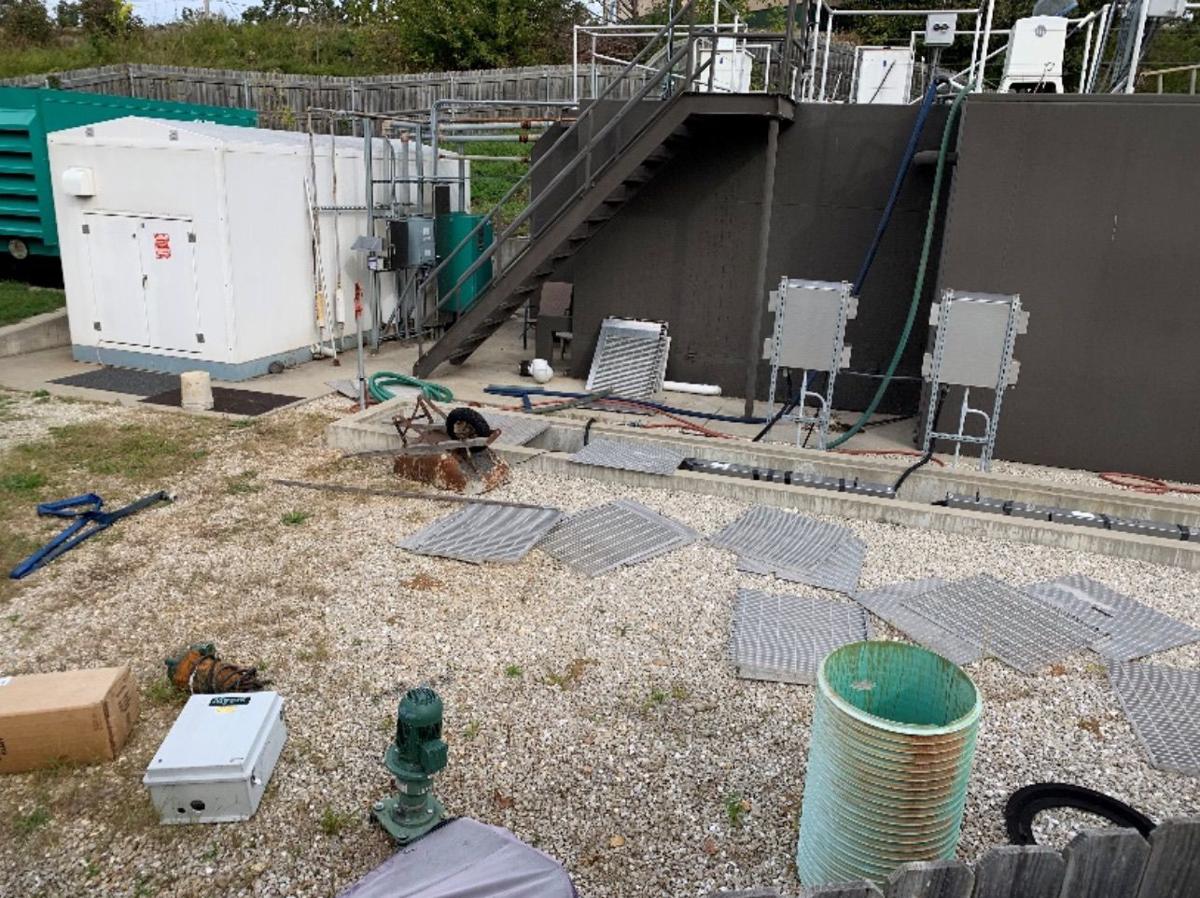 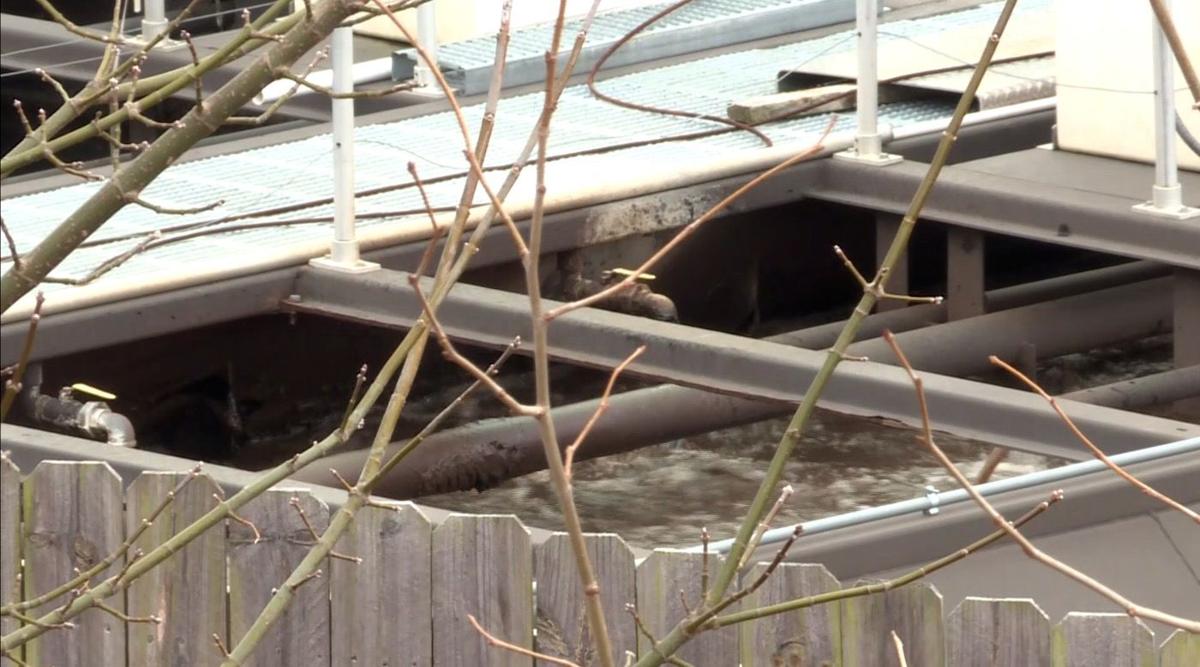 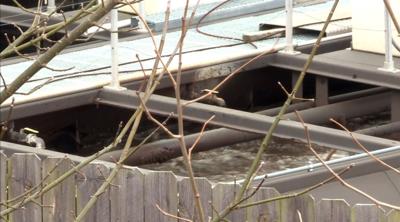 This report was a collaboration between LakeExpo and KY3 news.

SUNRISE BEACH, Mo. — The Lake of the Ozarks Village of Sunrise Beach could be in hot water, after a Department of Natural Resources (DNR) investigation says the village’s sewer operators dumped partially treated sewage—possibly as much as 12,000 gallons—onto a hillside just above the Lake.

The DNR was tipped off by a whistleblower who, until recently, worked for the village: Brandon Mitchell.

Mitchell worked under Sunrise Beach Public Works Director Brian Scheiter for about a year and a half, and during that time he says he observed and even participated in illegal sewage treatment practices, including pumping sewage solids out of the plant, where they could flow into the discharge creek that leads to Lake of the Ozarks. The plant is located just off Highway 5, near the Hurricane Deck Bridge. On Oct. 4, Mitchell says Scheiter pumped partially treated sewage through a hose, under the facility’s fence, out onto the ground. Mitchell estimates between 11,000–12,000 gallons were pumped out, not far from the treatment plant’s “outfall,” which is the creek bed where fully-treated effluent is released from the plant (by design), back into the environment. That creek runs for about 1,000 feet before feeding into a popular cove at Lake of the Ozarks.

After demanding Scheiter report the bypass, Mitchell knew he too was legally obligated to inform the DNR, so he did. He also took video and photos of the illegal bypass while it was happening: 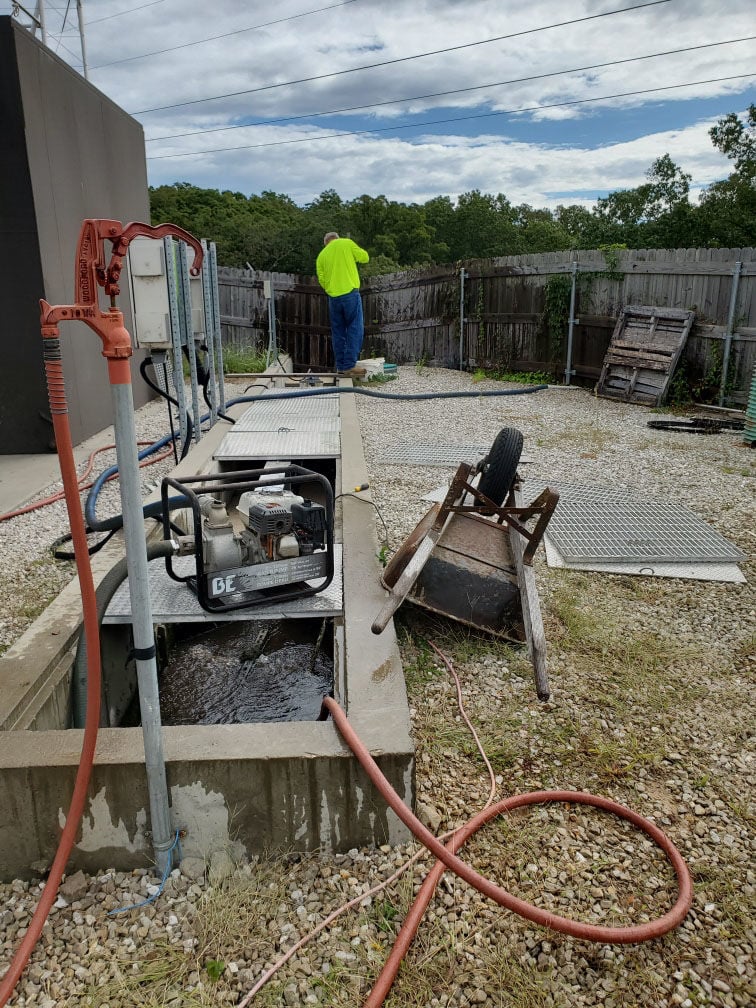 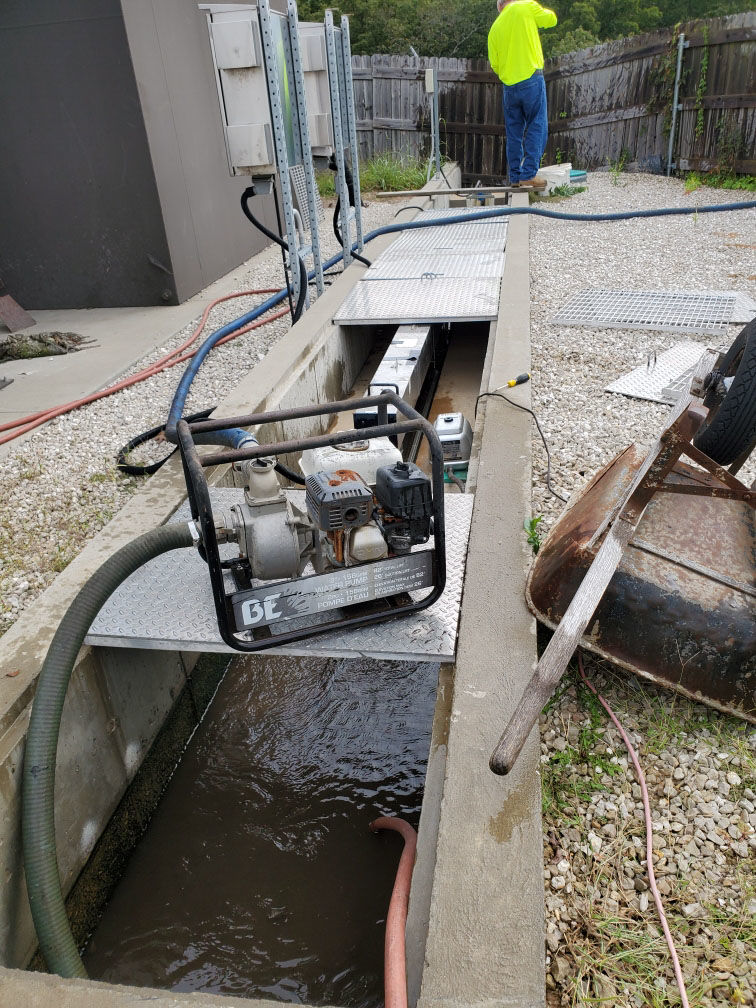 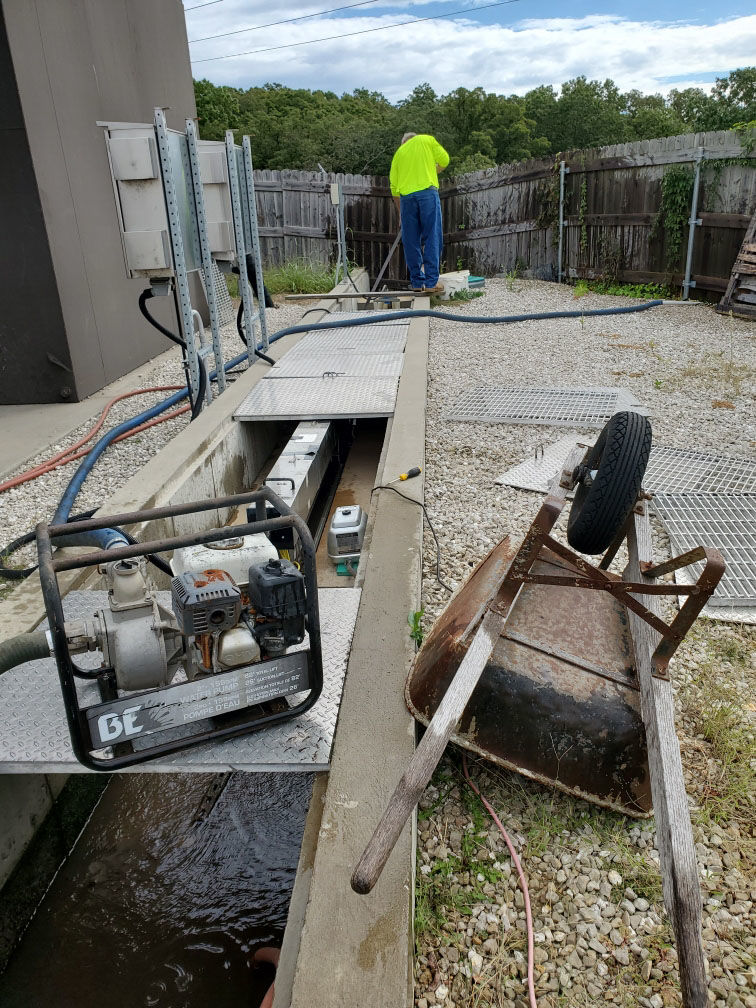 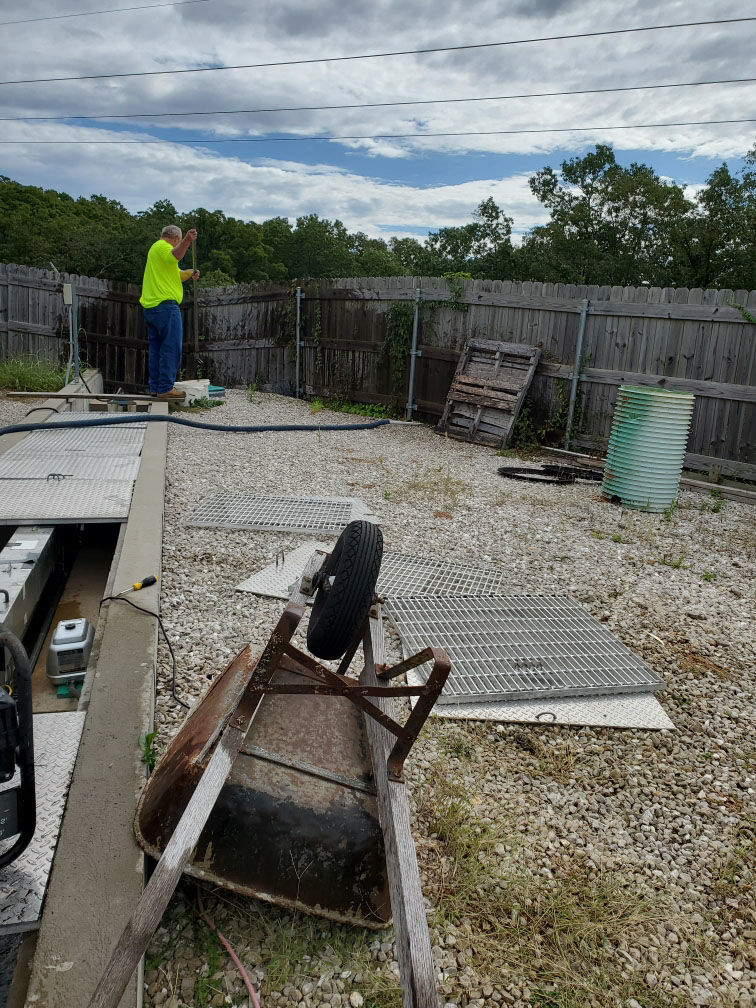 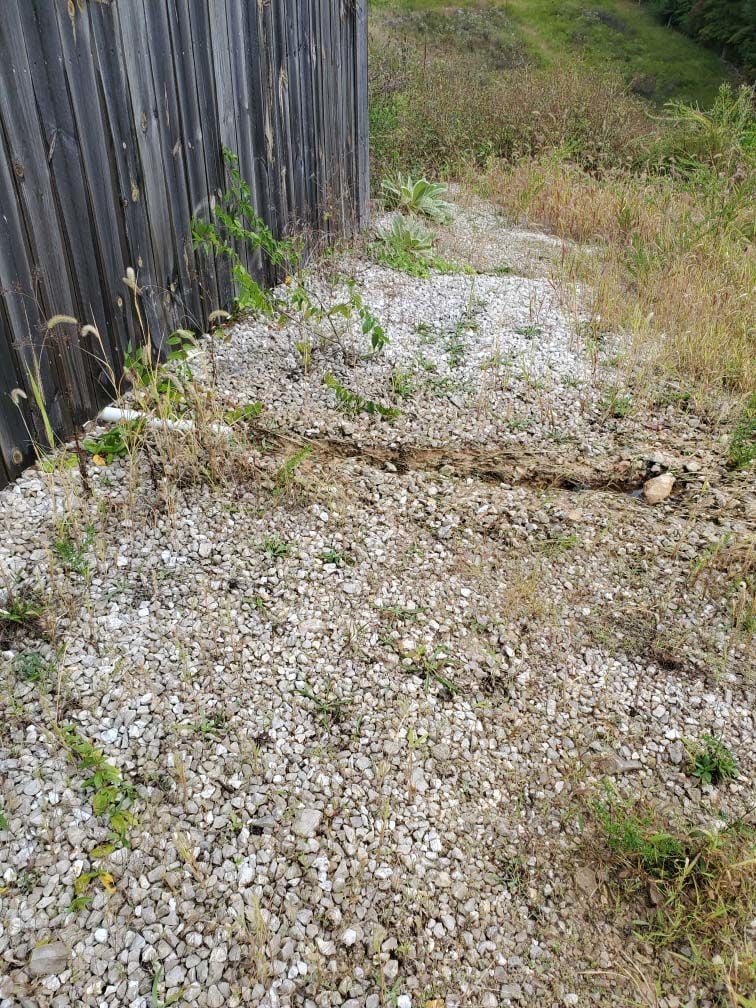 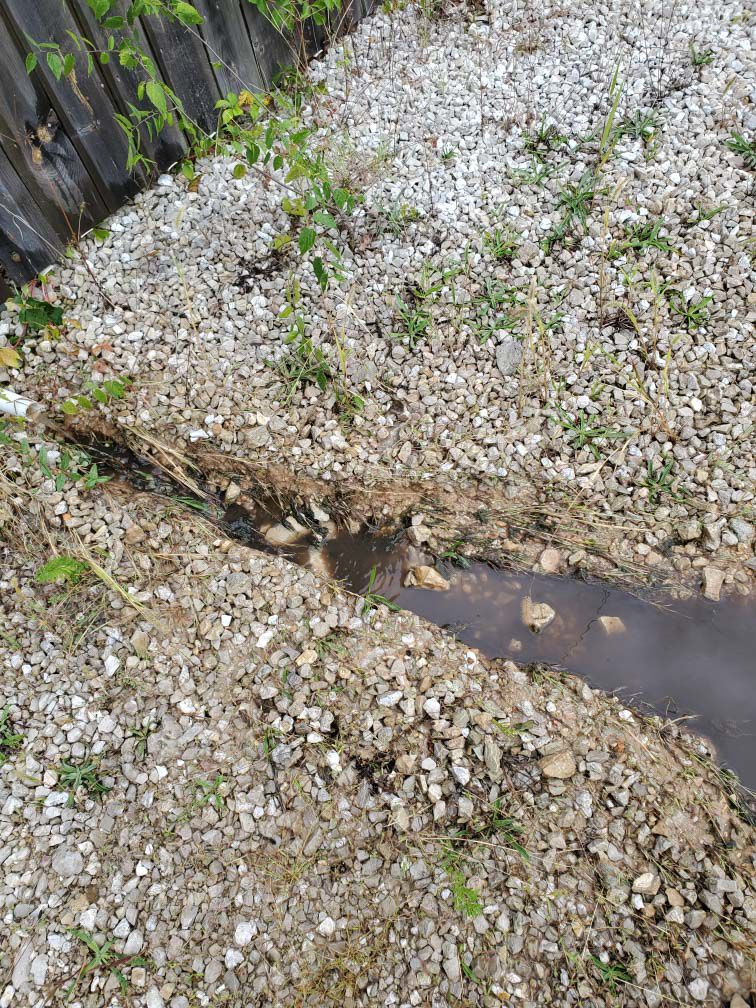 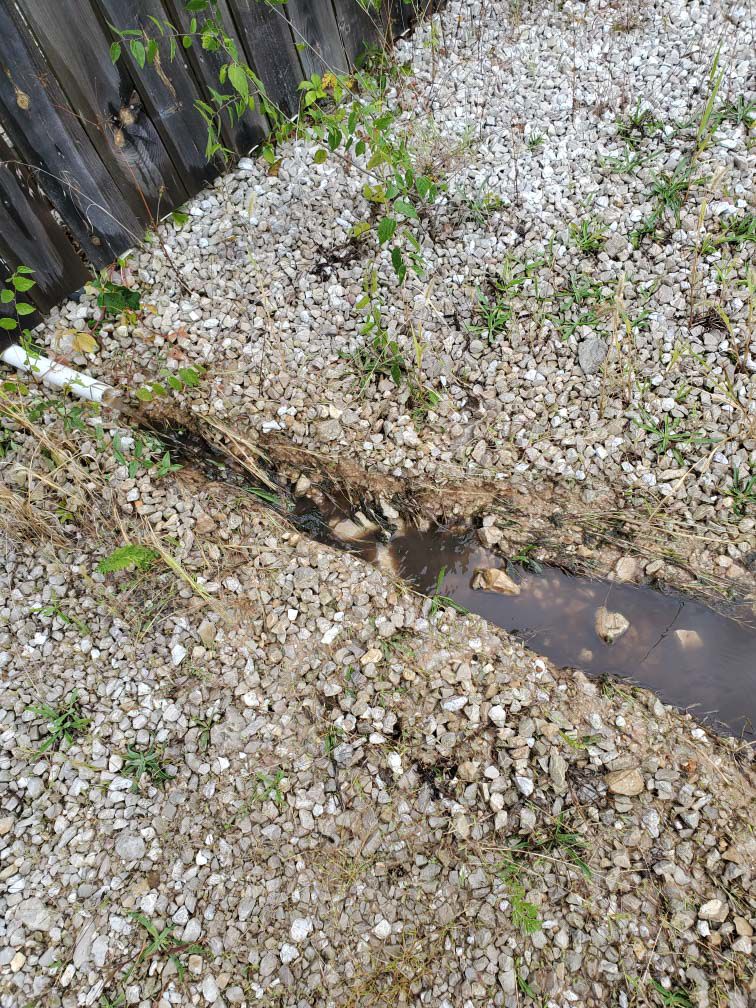 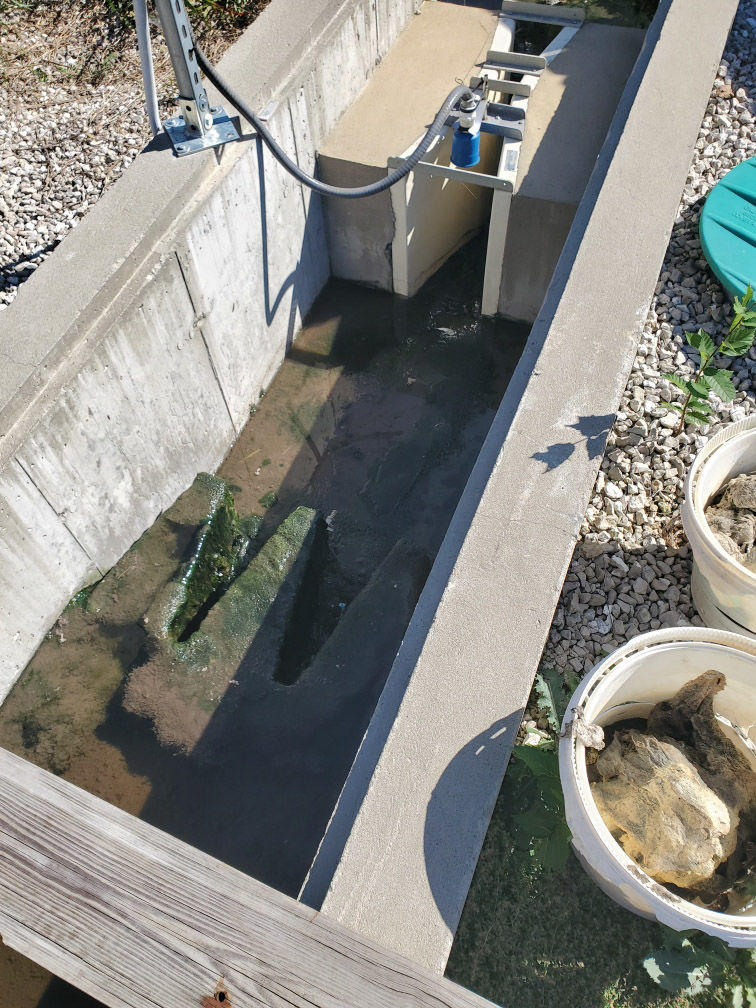 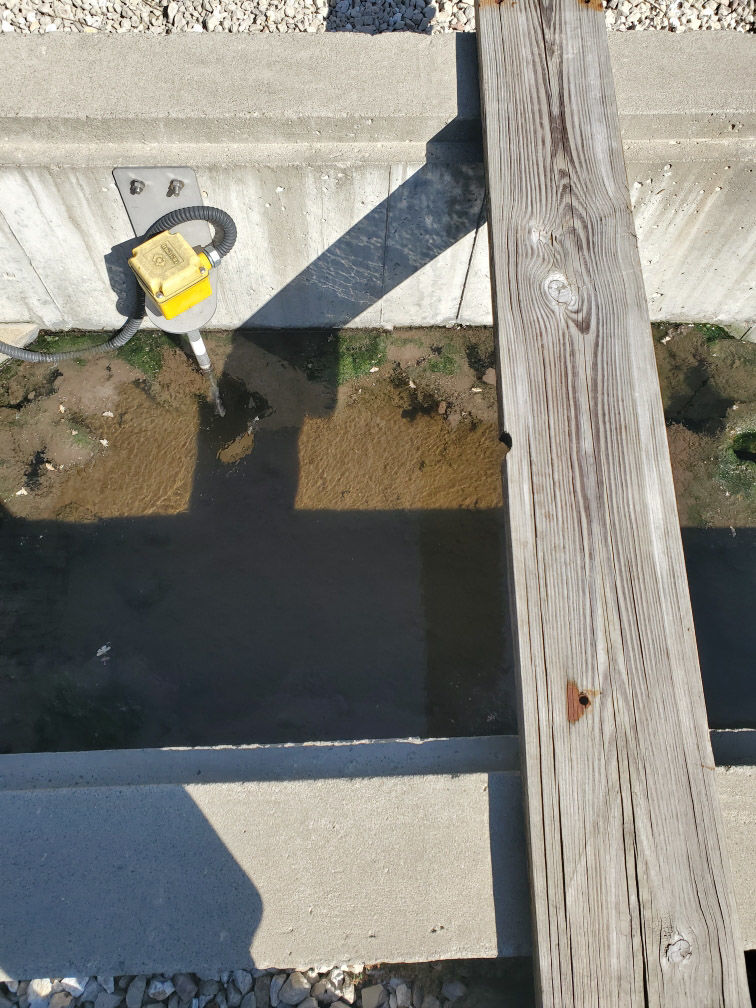 Mitchell's report was filed on Oct. 4, 2019, and that same evening, DNR Inspector Darrell Barber inspected the area of the reported sewage bypass. According to the agency’s report, Barber found a gravel trench formed by the stream of sewage that had been pumped out of the plant. And in the trench: solid matter.

Five days later, on Oct. 9, 2019, DNR personnel came to the plant, for an inspection and to test the water being released. An inspection report and notice of five violations were sent to the village by the department on Dec. 18, 2019 as a result of the investigation. The bypass and Scheiter’s alleged failure to report it to the agency were outlined—along with three other violations. Sunrise Beach has 30 days to respond.

It was the DNR’s first investigation at this facility, but Mitchell says this kind of sewage bypass had happened there before. In an exclusive interview with LakeExpo and KY3, Mitchell explained the frequent bypasses were part of a larger pattern of illegal activity at the plant, including poor water treatment practices, falsified records, and employee intimidation.

Mitchell says Scheiter knew the right way to operate the plant, but frequently cut corners on operations and equipment, to save money. Broken pumps and hoses were not being repaired or replaced, he said. Scheiter often turned the pump aerators and charcoal filters off, Mitchell explained, because they used a lot of electricity. But as a result, the microbe levels in the tanks were thrown off, he said, and the filter wells would freeze in the winter, essentially preventing them from being used at all, until the thaw.

The DNR report corroborated this. Scheiter admitted he ran the blowers less than 50 percent of the time, despite consistent violations in the levels of Dissolved Oxygen that were showing up in water tests at the plant. Running the aerators would have solved that problem, DNR inspectors pointed out. His failure to run the aerators violates the Missouri Clean Water Act, the agency stated in their report.

Inspectors took a sample of the treatment plant’s effluent when they visited on Oct. 9. Testing results showed that water was within all the prescribed limits for the plant: so it’s clear that the plant was capable of being operated correctly.

Per DNR requirements, the operator of the Sunrise Beach plant must have at least a Class D license, which means on-the-job experience and class hours. Mitchell this year completed his Class D license, but he says Scheiter has a Class A license. In other words, he says, Scheiter should know better. But Mitchell says whenever he expressed his concerns to Scheiter that the village might face repercussions from the clear violations of state law, Scheiter brushed them off: “His words to me were, ‘DNR calls two days before they do an inspection, and that’s plenty of time to do cleanup. They’ll never know.’”

After the Oct. 4 bypass Mitchell reported, that resulted in the DNR inspection, Mitchell recorded a conversation he had with Scheiter. In it, Scheiter complained Mitchell had “thrown me under the bus.”

Mitchell told Scheiter he had reported the bypass because “I’m not going to prison for you.” Scheiter asked, “Did the girls [inspectors] threaten you with prison?… Do they suspect us?”

The final step in the wastewater treatment process is the UV trench. After sewage flows into the plant, it is aerated, filtered, and treated until it’s clear. Then it goes to an open trench where UV light from the sun—or in some cases, artificial light—can shine through the clear wastewater and break down the cellular walls of bacteria that survive the treatment process, leaving the effluent safe for release back into the environment. At the Sunrise Beach plant, the water then flows out of the UV trench into the “outfall” creek, down toward the Lake.

But Mitchell says the deficient practices at the treatment plant sometimes caused the earlier-stage treatment tanks to be overwhelmed, so Scheiter would tell him to pump only partly-treated sewage out of the UV trench onto the ground, essentially bypassing part of the treatment process, and possibly resulting in unsafe wastewater being released into the outfall creek.

Mitchell says in his early months working for Sunrise Beach, he was often directed to pump untreated sewage out onto the ground, and he did so, not realizing it was illegal. “[Scheiter] had me pump sewage out of the plant a bunch of times,” he said. “As soon as I found out it was illegal, I gave him the printout from dnr.com for Missouri and told him what article and under what code the law stated that it was illegal.”

Mitchell claims in the summer of 2019, Scheiter pumped an estimated 75,000 gallons of partly-treated sewage out of the plant. Scheiter had left the plant off over the weekend, Mitchell explained, and a busy summer weekend at the Lake had nearly “killed” it. The clarifier tank—which is supposed to hold mostly clear wastewater—was black, filled with sludge, Mitchell recalled. He says Scheiter did report that bypass, but called it a switch failure and said it was 10,000 gallons.

Michael Lawhead lives with his family just downhill from the treatment plant. The creek bed which carries the plant’s effluent into the Lake flows right past his house.

They’ve lived in the house since 2009, but he says the creek has gotten worse over the years. This summer, he said, the smell coming from it was “unbearable.” He noticed, too, the creek bed used to be lined with rock. Now the bottom of the creek is covered in a brown film. “Something you wouldn’t want to touch,” he described. Lawhead worries about his family’s safety: the well that supplies water for their home sits 50 feet away from the creek, and it’s only about 70 feet deep.

His wife works for a local veterinarian clinic, so she took a water sample from the creek to her clinic for testing. The results were alarming: high levels of E. coli and the presence of Giardia. But Lawhead says the village was dismissive about his concerns. Meanwhile, he says, several large trees along the effluent creek have died.

“What guarantee do I have that my family won’t get sick and my property won’t be damaged?” he asked.

Regular testing is required at the plant; Mitchell says it was frequently his job to take and test samples from the treatment tanks, and record the results. The plant also submits monthly Discharge Monitoring Reports to the DNR, in which the effluent (fully-treated sewage now safe to be discharged back into the environment) that flows out of the plant must be tested for various components, including dissolved oxygen, E. coli, pH, and other factors. In reviewing those reports, department inspectors say they found the plant was consistently falling below the required Dissolved Oxygen levels. There was also an instance of a huge E. coli exceedance in 2017, along with several other violations. In May of 2019, nearly all the data was missing.

Those issues resulted in two of the five violations the DNR issued for the Sunrise Beach plant.

But even more concerning is the question of whether those numbers were even accurate. Mitchell says he was sometimes directed by Scheiter to fabricate the numbers on his daily reports, when they didn’t have enough time to test the partially-treated sewage in the tanks. He says he made up numbers on the treatment plant’s forms, under Scheiter’s orders, multiple times a month.

Mitchell no longer works for Sunrise Beach, and he says it’s because he told the Sunrise Beach Board of Trustees he could no longer work in what he said was a hostile work environment under Scheiter. In another part of the recording of the exchange between the two, Scheiter can be heard cursing at and threatening Mitchell.

In that same conversation, Mitchell said Scheiter got physical. “He got in my face. He swung at me, threatened me, called me names… had his hands on my chest,” he said.

However, Mitchell says the board simply told him Scheiter was his boss and he could either work under him or quit. Mitchell took the latter option, and he says the village still owes him some unpaid wages.

Sunrise Beach Clerk Jeni Nelson said the village had no comment on any of these issues.

And while the DNR’s report on the Oct. 4 sewage bypass has been completed and given to the village along with notice of violations, some aspect of this is still under investigation. But it’s not currently clear which agency is investigating; no one is talking. DNR Environmental Supervisor for Central Field Operations Joe Stoops emphasized the department can not comment on ongoing investigations. But Stoops did say even under the five violations already submitted to Sunrise Beach, if the village is not cooperative, there could be serious consequences.

Meanwhile, Mitchell says he has been asked by the DNR if he would be willing to testify in court, against Sunrise Beach.

The original version of this article stated Brandon Mitchell was seeking wages through the courts, that he says the village owes. That is incorrect. The current court case is for his unemployment claim.