CAMDEN COUNTY, Mo. — The Camden County Commission and County Health Department Administrator Tonda "Bee" Dampier announced new restrictions on Thursday afternoon, effectively reducing many public spaces to a maximum of 10 people until the end of March, and then to no more than 49 people for some time after that.

Dampier pointed to the authority given to her by Missouri Dept. of Health & Senior Services rules, specifically 19 CSR 20-20.040. State of emergency declarations also give officials additional powers, and the commission voted unanimously to declare a state of emergency in the county and adopt Dampier's new regulations. The county ordinance enforces the regulations until the State of Emergency declarations in Missouri and the U.S. have been removed. Dampier's order will be in effect until the Camden Health Department removes it.

The rules follow a timeline set out by President Trump’s “15 Days To Slow The Spread Campaign,” which was announced on March 17. A summary of the rules is below, followed by the full declaration and ordinance from the Health Department and county.

Recreational facilities, conference, event, and banquet facilities, wedding venues, gyms, bars, restaurants, and any other public facility or event will be required to limit their patrons to 10 or less, and assure they can provide enough space for there to be at least 6 feet between groups.

Food and beverage establishments are encouraged to provide pick-up, curbside, or drive-through services as much as possible

After the "15 Days" campaign ends

No one may organize or attend an intentional gathering of 50 people or more in a single space or room.

Anyone who organizes a gathering of less than 50 people must take appropriate action to minimize risk.

(The above does not apply to essential governmental proceedings, educational institutions, daycare facilities, essential business operations, or food stores) 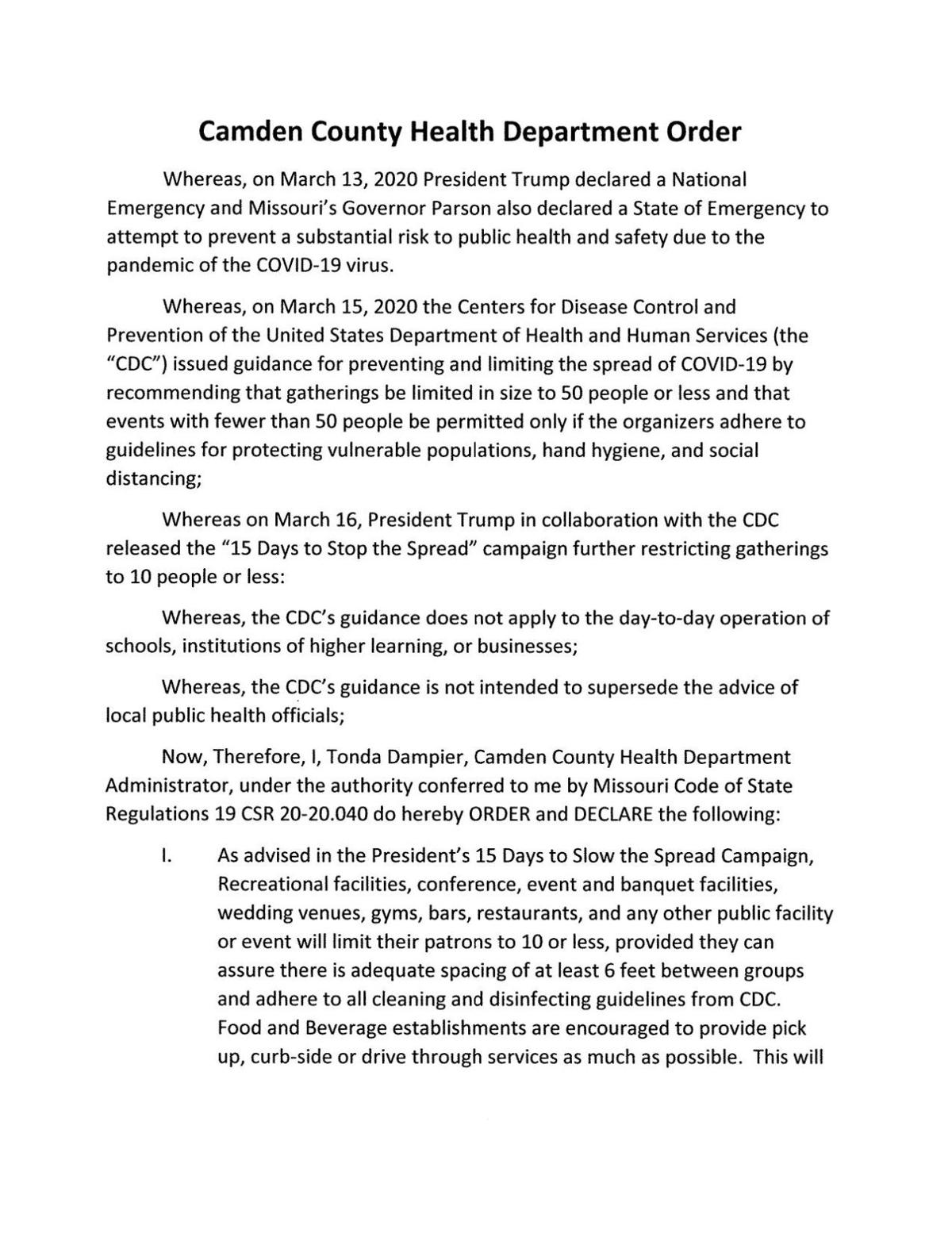 Great example of just how powerless citizens truly are. The County Commission has voted unanimously to violate the US Constitution, specifically the First Amendment which protects Freedom of Assembly. A government can issue suggestions and guidelines, but there is no provision in the Constitution (no, not even in cases of "national emergency") whereby the Bill of Rights can be suspended. This is severe and extreme over-reach by a small (and small-minded) local government. It's wrong, and voters need to remember this at re-election time.