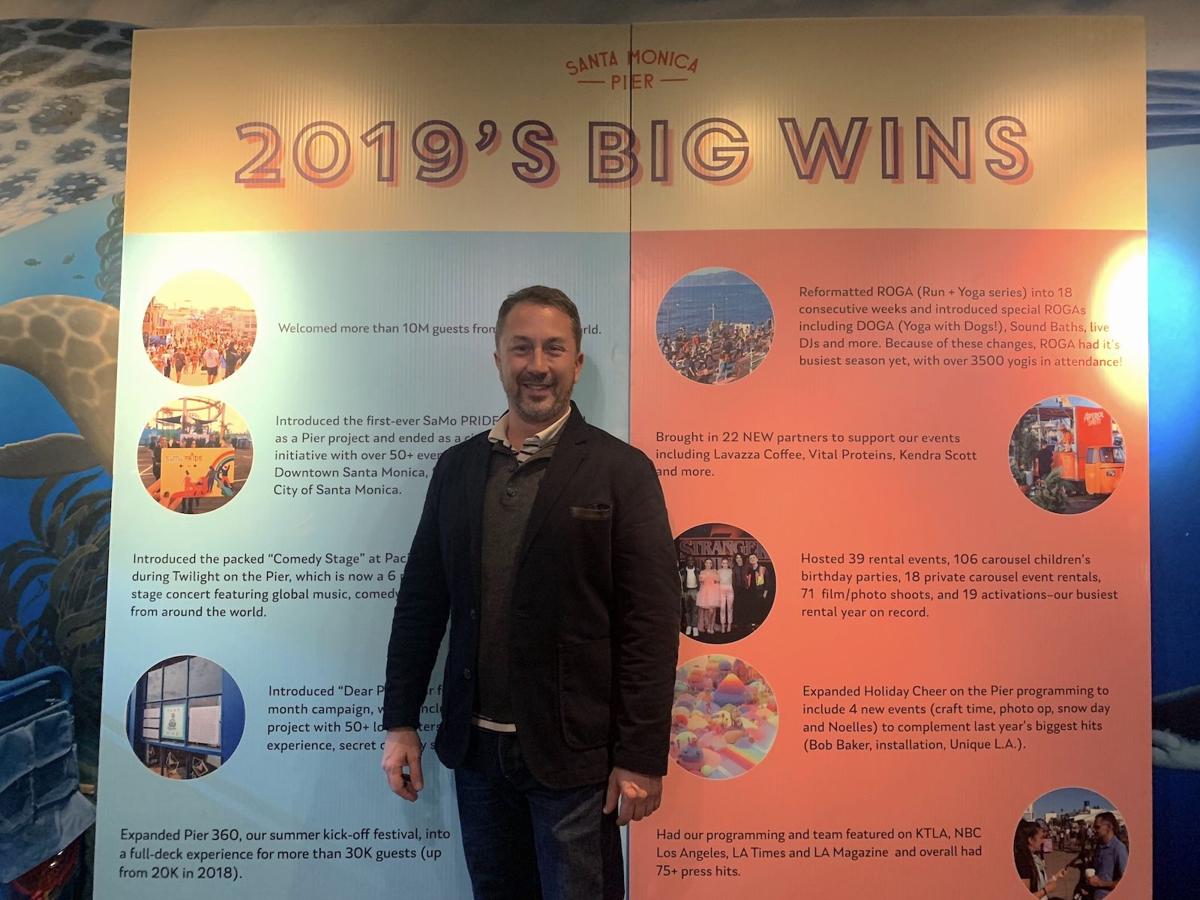 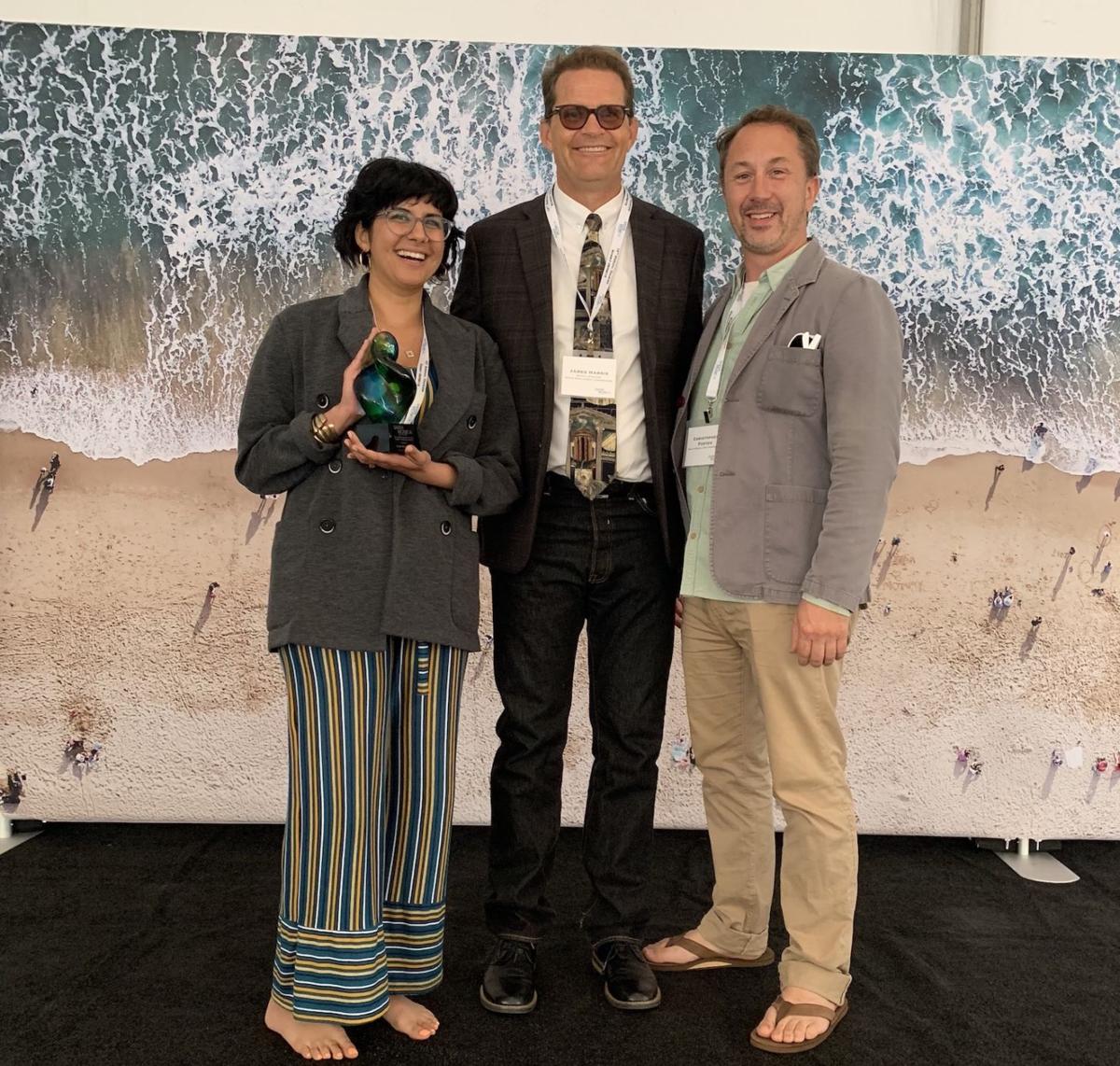 LAKE OF THE OZARKS, Mo. — Lake-area native Christopher Foster has been helping expansive growth at the Santa Monica Pier on California's west coast where he and his wife, Anastasia Roark Foster, split their time. Foster is the Chair of the Santa Monica Pier Corporation Board. He landed a spot on the board four years ago after he pitched himself to the city council this way: “I’m from an area where the locals and the tourists have to figure out how to get along.” That was the right resume, it turns out, and during Foster's first year as Chair—2019—the pier saw its best revenue year ever and won the Santa Monica Tourism Champion of the Year award.

This is more than just a “hometown boy goes to the big city” story. Foster has provided insight from being a developer at Lake of the Ozarks—and coming from a family of Lake developers (his father is Dan Foster and his grandfather is the late Buford Foster). That has helped him come up with creative ways to work with the Executive Director and lead the board in growing the Santa Monica Pier as not only a top tourism destination in the L.A. area, but also a place that hosts the kinds of events that are appealing from the local to the global level. He hopes to bring the wisdom gleaned from his experiences guiding tourism on the west coast back to the Midwest coast: Lake of the Ozarks.

Bringing People To The Pier

Foster describes the 110-year-old Santa Monica Pier as “everything all wrapped into one… there’s an amusement park, restaurants, Instagram sites where people take their photo and post. We have a concert series… a debate series on the pier, yoga at the end of the pier...it's a big beach celebration.” Extending out into the bay, the pier offers a perfect spot to watch the sunset over the endless Pacific horizon.

The pier has long been a “tourist trap” in the mind of locals. But Foster says the board and staff are helping to change that mentality.

“We’re bringing locals back to the pier,” he said. Unique events like the snowy Christmas day, courtesy of a giant snow machine, brought big crowds.

Then there was the free concert headlined by Khalid, in 2017, which drew a mind-boggling 60,000 people to the pier.

Corporate partnerships have created opportunities for memorable moments, like when CandyLand (yes, the board game) rented the pier and hosted a life-sized game of CandyLand to celebrate National Caramel Day in 2018.

In January of 2019, W Hotels brought a zipline and a “neon jungle” to the pier, to promote their new Costa Rican experience, W Escape.

The Netflix show "Stranger Things" built an entire amusement park on the Pier’s parking deck for the hit show’s Season 3.

“I look at Lake of the Ozarks being able to be something like that for the Midwest,” Foster said. His job on the pier board has been to work with the Executive Director and staff to make things happen: he helps the city council, corporations, and other local entities see the big picture. The Santa Monica Pier Corporation envisions a successful event, and then helps everyone else see it, too. That’s likely why Foster was unanimously re-appointed to the Pier Board by the Santa Monica City Council for another 4 years, in 2020.

Foster hopes to bring his experience from the Pier to bring the same kind of growth to Lake of the Ozarks. “What we need to be focusing on is coming together and moving forward,” he said of the Lake community. Since 2008 the Lake has been slow to recover from the downturn, but Foster believes tourism at the Lake has potential for staggering growth if the Lake has one unified vision for the future. Real estate at the Lake remains solid, particularly as a strong economic recovery is felt on the Lake’s shoreline and as Baby Boomers from Midwestern cities decide to retire to a Lake view. Foster and his wife, Anastasia, are the developers, owners and operators of Rock Island Village Assisted Living and Memory Care in Eldon, and Foster says that the Lake is one of their main sources of clients as the population increases and ages. The Lake is unmistakably still an incredibly popular place for all ages, and Foster wants to help community leaders and businesses create success for the future.

Lake of the Ozarks is, in so many ways, a rare and unique gem in Missouri, Foster says, yet its potential is largely untapped. Here in his hometown, a place known for breathtaking sunsets and sunrises, Foster sees a bright future on the horizon; now, he says, the Lake community needs to come together with courage and a common vision to forge it.