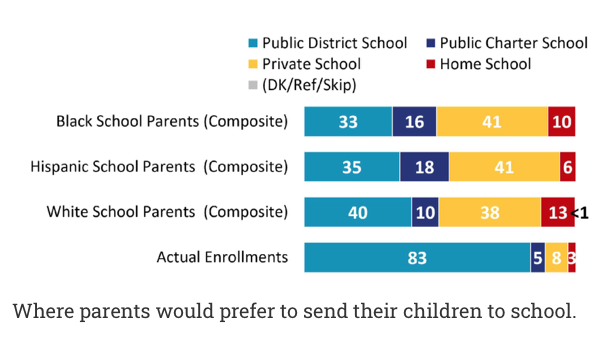 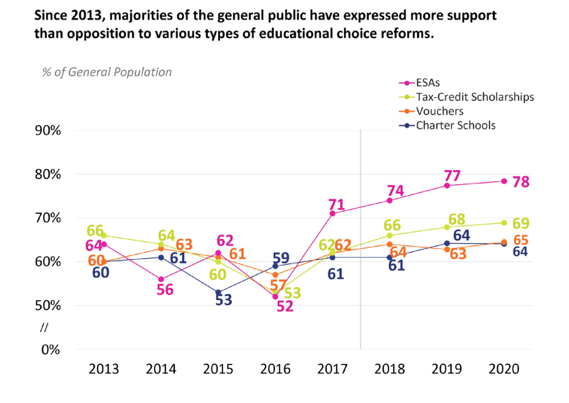 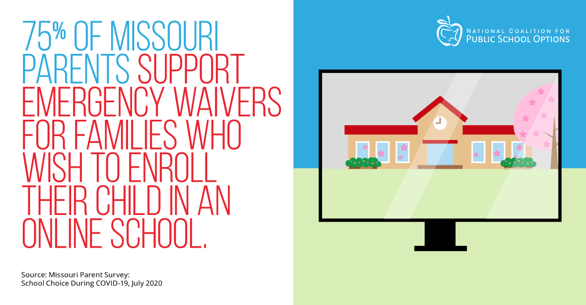 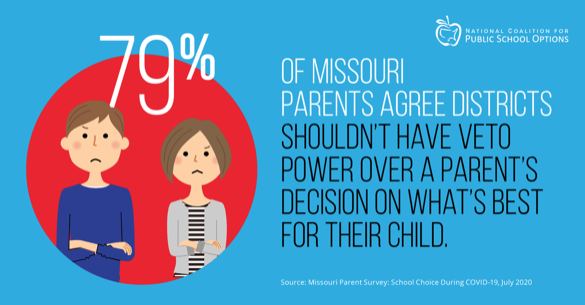 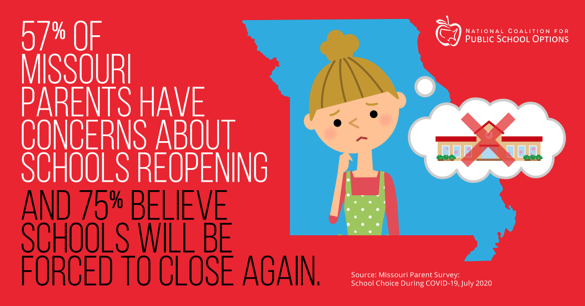 This article republished with permission from CeamTeam.org. Images and infographics courtesy of EdChoice.

The start of this school year in Missouri has left a lot of parents frustrated and demanding better educational options for their children.

In most urban and suburban areas, students are stuck learning virtually with no option for in-person learning. In rural areas, many schools are not offering any district-based virtual education forcing students and teachers with valid health concerns to return to in-person classes.

Districts are blocking parents from enrolling their students in well designed virtual education programs through the MOCAP program in an effort to maintain enrollment numbers and keep teachers employed.

The new poll shows that the majority of parents, across all ethnicities, would prefer to have their children learning in a school of choice instead of a district school

Virtual education programs offered by those same districts were thrown together at the last minute leading to news reports of students crying when technology does not work, students speaking out about their concerns over having the materials they need to learn, and parents starting petitions to demand schools reopen their doors.

It is a total mess.

But, that mess has become has made one thing crystal clear: Parents want the power to choose the best option for their child’s education.

Should Missouri families have more school choices, and should tax dollars follow students even to alternative/private/home schools?

Missouri parents are not alone in the desire for more choice for their children’s education, according to a new poll released by ED Choice this week.

Missouri parent concerns about how districts are providing virtual education for students this fall were foreshadowed earlier this summer in a statewide poll conducted by National Coalition of Public School Options which asked 400 Missouri parents about schools’ responses to the pandemic and their knowledge and interest in virtual education.

The survey also found that almost one in three parents (29 percent) were unhappy with the education their children received when schools closed in the spring, are worried about sending their children back to school this fall (57 percent), and expect schools to have to close again in the coming year as a result of the pandemic (75 percent).