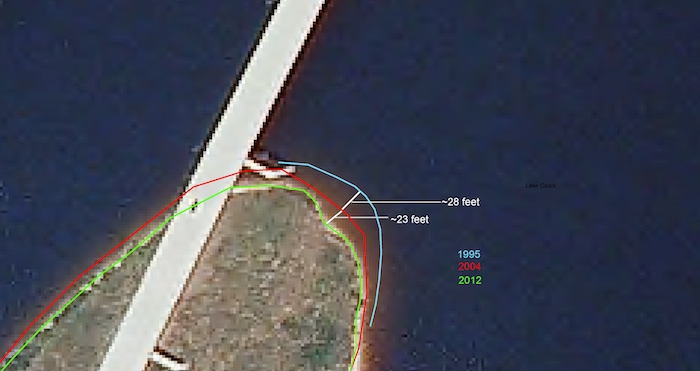 This aerial picture, taken by the Camden County GIS, shows the erosion caused by wave action at the southwest side of the Community Bridge (toll bridge) located at mile marker 16 on the Lake of the Ozarks in Sunrise Beach between 1995 and 2012. 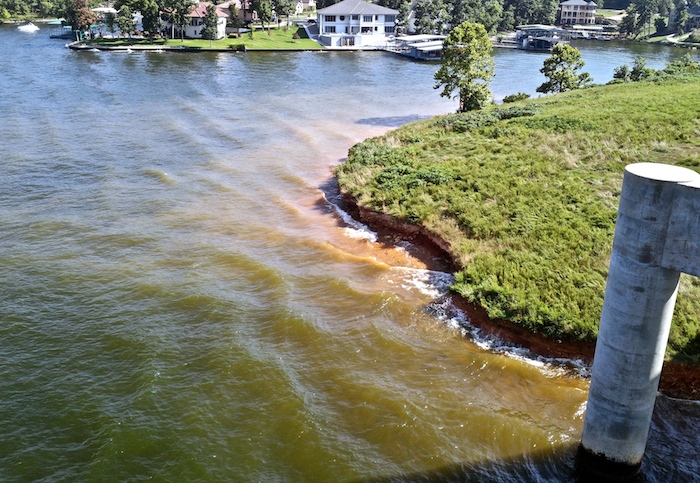 This is a photo of the shoreline at the southwest side of the Community Bridge taken from above the peninsula, at Mile Marker 16 on the Lake of the Ozarks in Sunrise Beach. 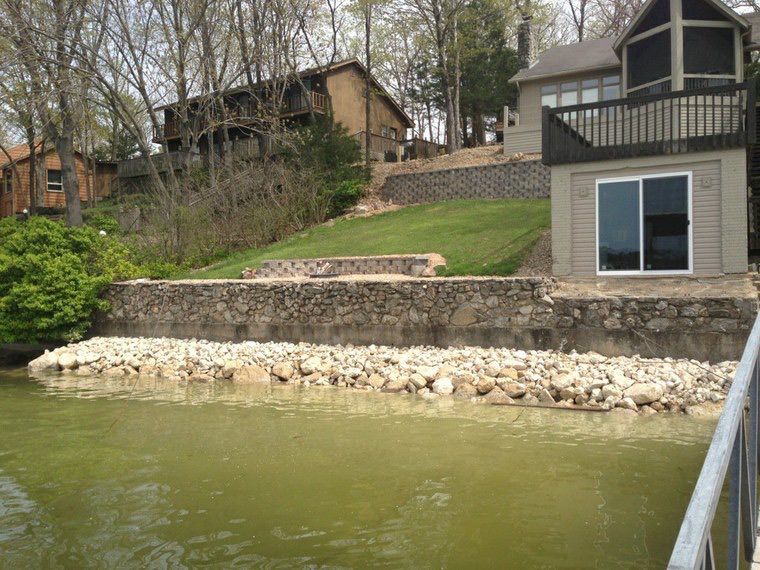 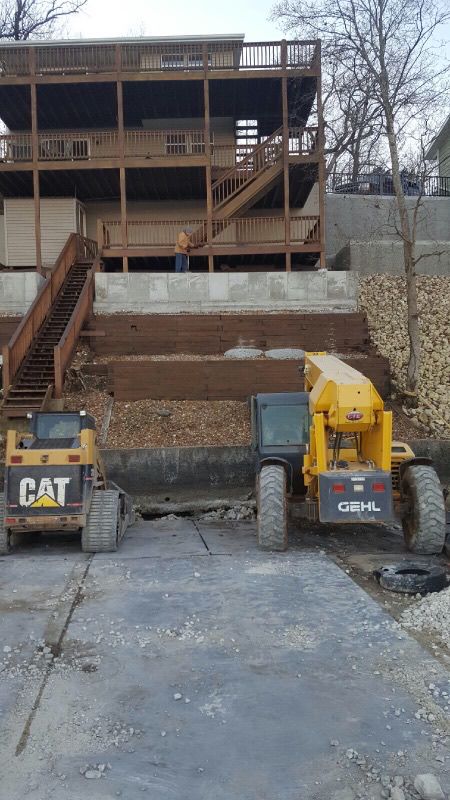 LAKE OF THE OZARKS, Mo. — Water is one of the most powerful forces on the planet. It carves out canyons, powers communities, and… well, keeps all of us alive.

For Lake of the Ozarks (or any waterfront) homeowners, water is a double-edged sword. It offers beauty, serenity, and a place to cool off and play. But it also threatens the Lakefront shoreline that hosts all that summer fun. Waves large and small can chew away the shore, pulling soil and rock out into the Lake over the years. Erosion is a relentless force, and Lakefront homeowners risk losing literal real estate if they don’t protect their shoreline.

The fix used to be a seawall. But time has shown those structures have plenty of problems. They reflect wave energy back into the Lake, rather than absorbing it, which then subjects nearby docks to twice the wave action. Seawalls are also prone to structural problems: shifting leads to cracks, cracks lead to fissures, and unless addressed, water can make its way through a seawall, washing out the earth behind it. Waves also chew at the underside of seawalls, causing problematic washouts and property loss.

Need more evidence of the power of erosion? Look at these photos of the peninsula beneath the Lake of the Ozarks Community (Toll) Bridge:

The solution? Rip rap: stones stacked along the shoreline that absorb wave energy one tiny collision at a time. The surface area and near-infinite angles of rip rap disperses the energy of waves crashing on the shoreline—waves that would normally have taken a bite of soil on their way back to the Lake. In fact, rip rap is so effective at saving shorelines, Ameren (the owner of Bagnell Dam and permitter of docks/shoreline structures at Lake of the Ozarks) requires it to be installed with any new seawall construction.

In the winter, Ameren lowers the Lake of the Ozarks water level, typically by about 6 feet. The purpose is twofold: to prepare for the heavy influx of water with spring rains, and to give property owners a chance to build or repair their seawalls. The water level typically hits its low point by mid-February, and then in early April, Ameren starts bringing the Lake back up to full pool (660 feet of elevation) in time for Memorial Day.

Check the current Lake of the Ozarks water level

At Lake of the Ozarks, One Source Rock Works handles seawall construction and repair, which can only be done while the Lake level is low. But they install rip rap year-round. The Rock Works crew hauls in rock on a barge, and is able to complete most jobs in a day or day-and-a-half. They handle the permitting process too. Ameren requires a permit for building a seawall, pouring concrete to repair a seawall, and installing rip rap.

The Lake level will be low until mid-April, which gives property owners time to assess their needs and make plans to commission any needed seawall repair (which will have to be scheduled for 2021 unless it's a major emergency, since the permitting process takes up to six weeks) and consider rip rapping their shoreline.

Learn more about One Source: