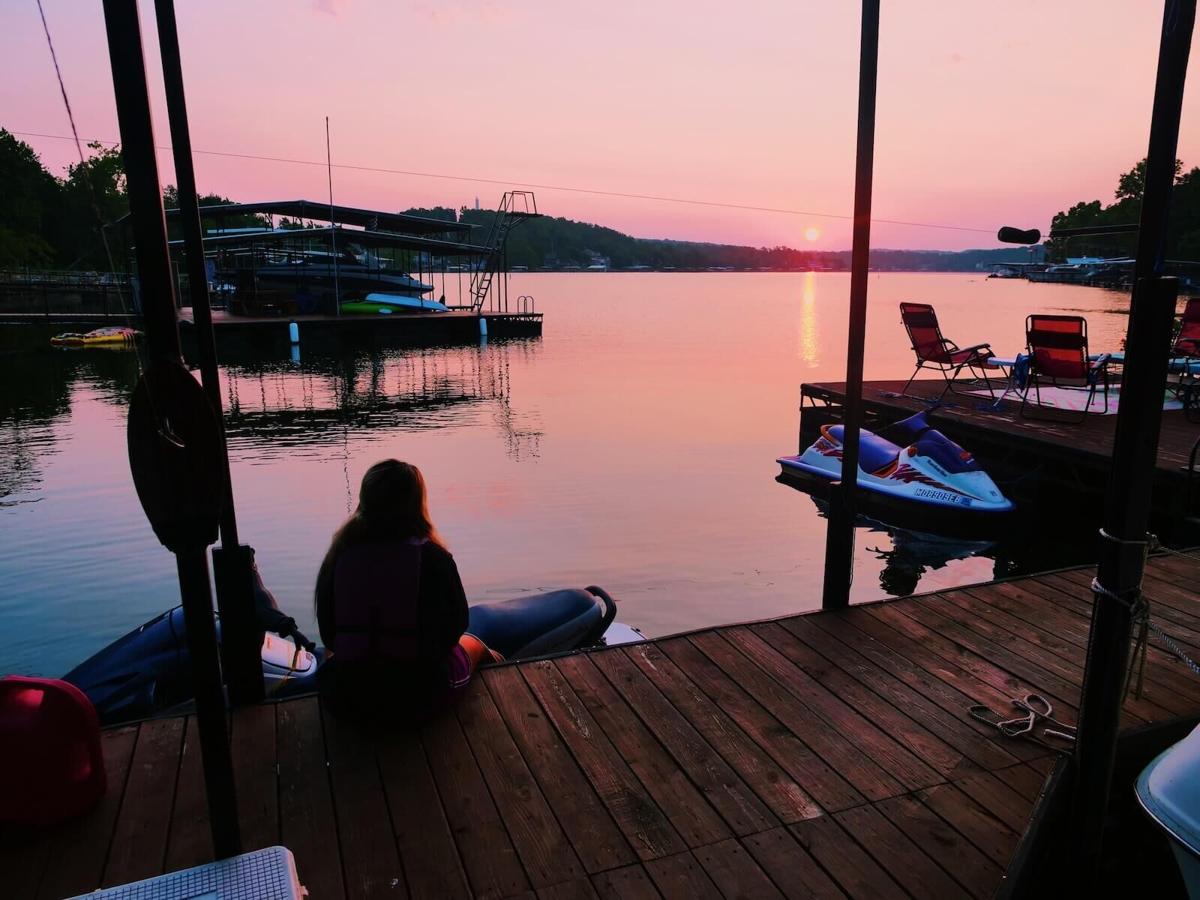 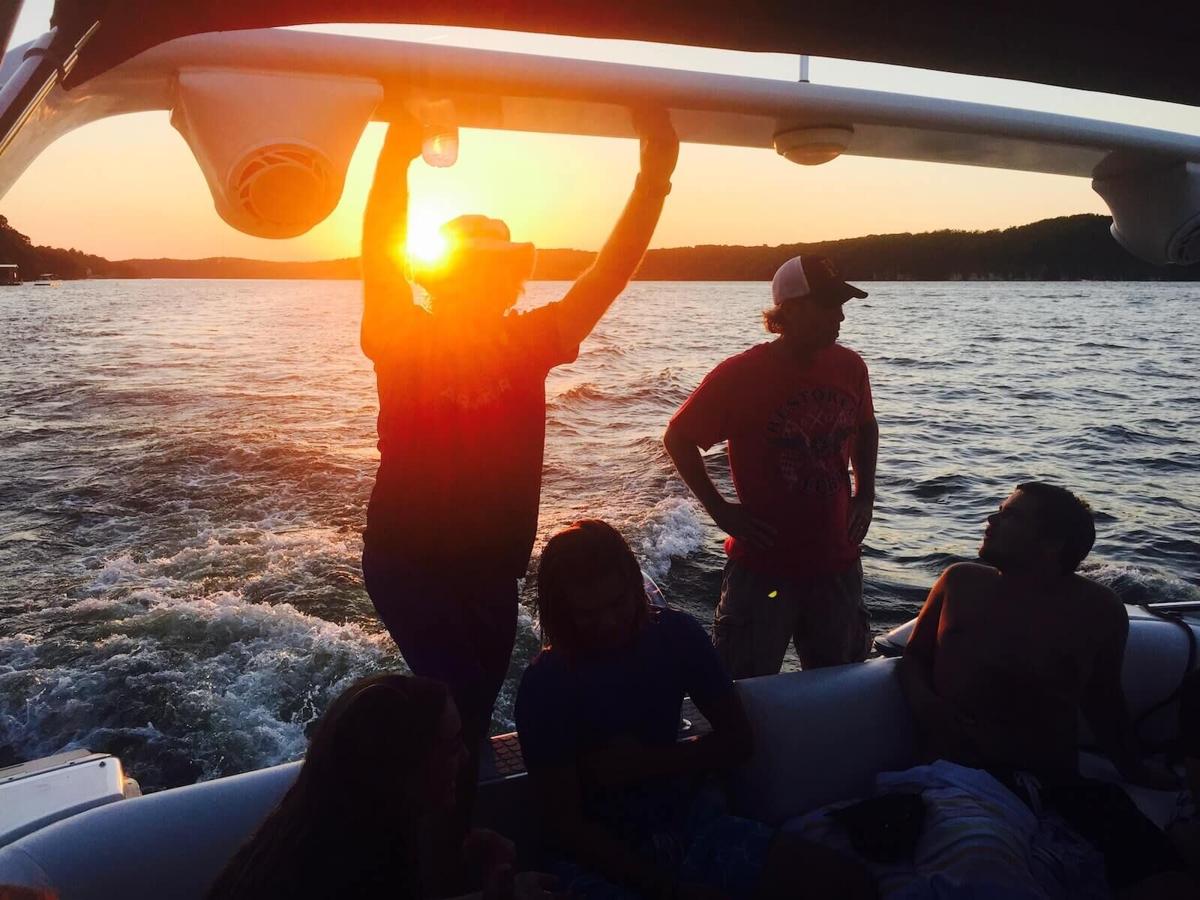 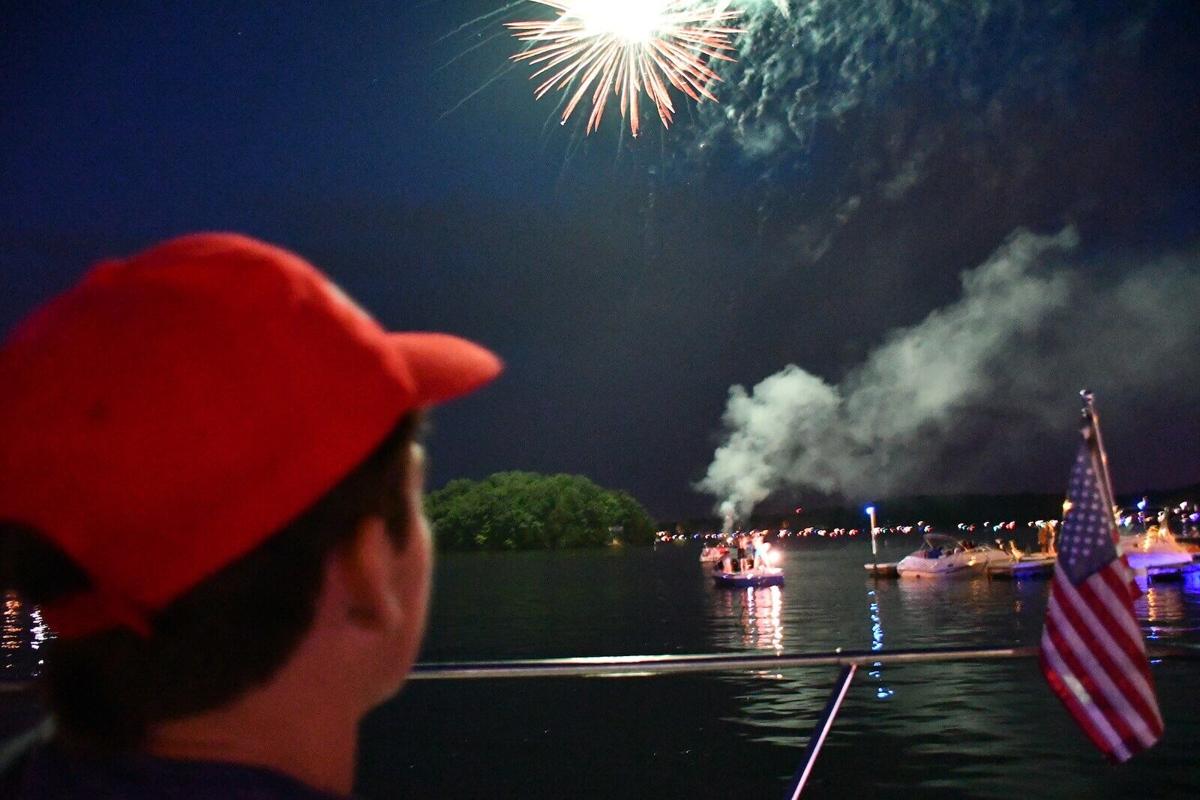 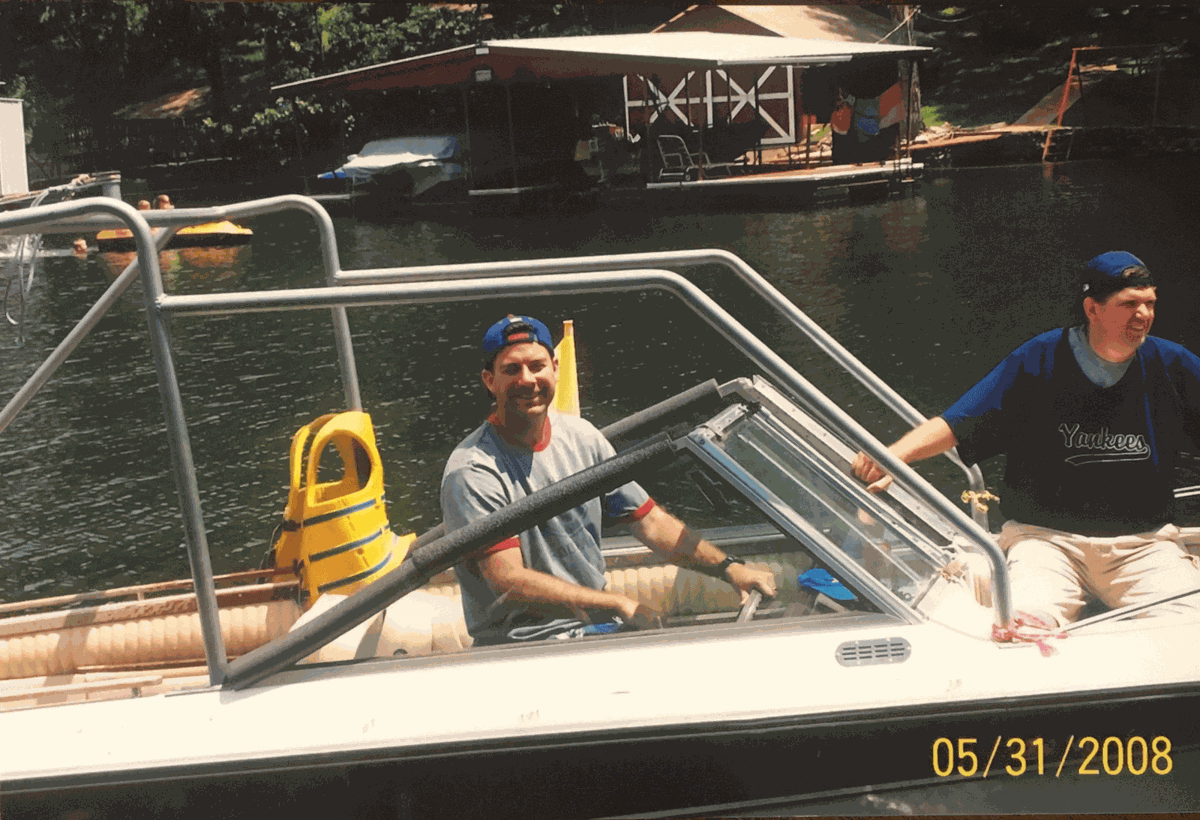 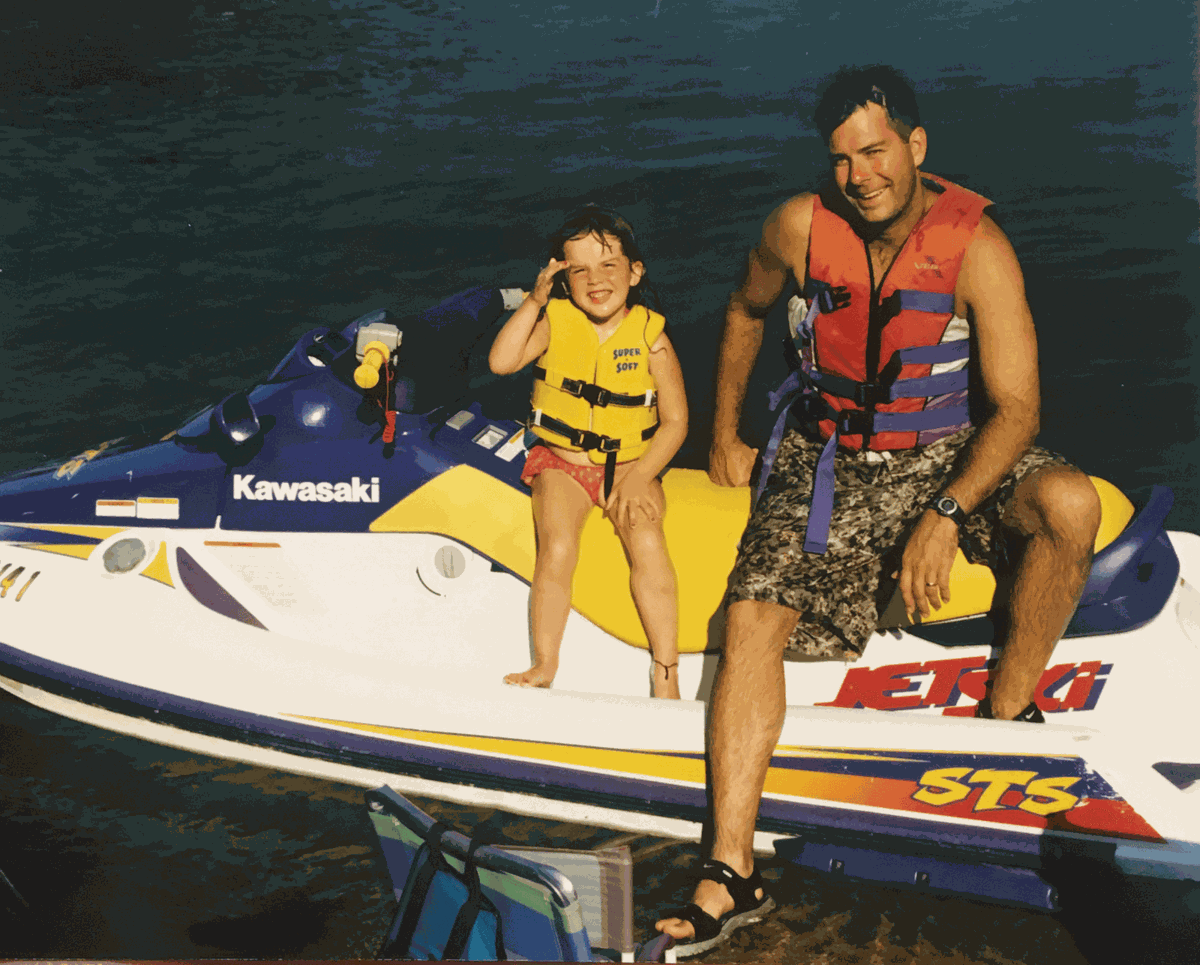 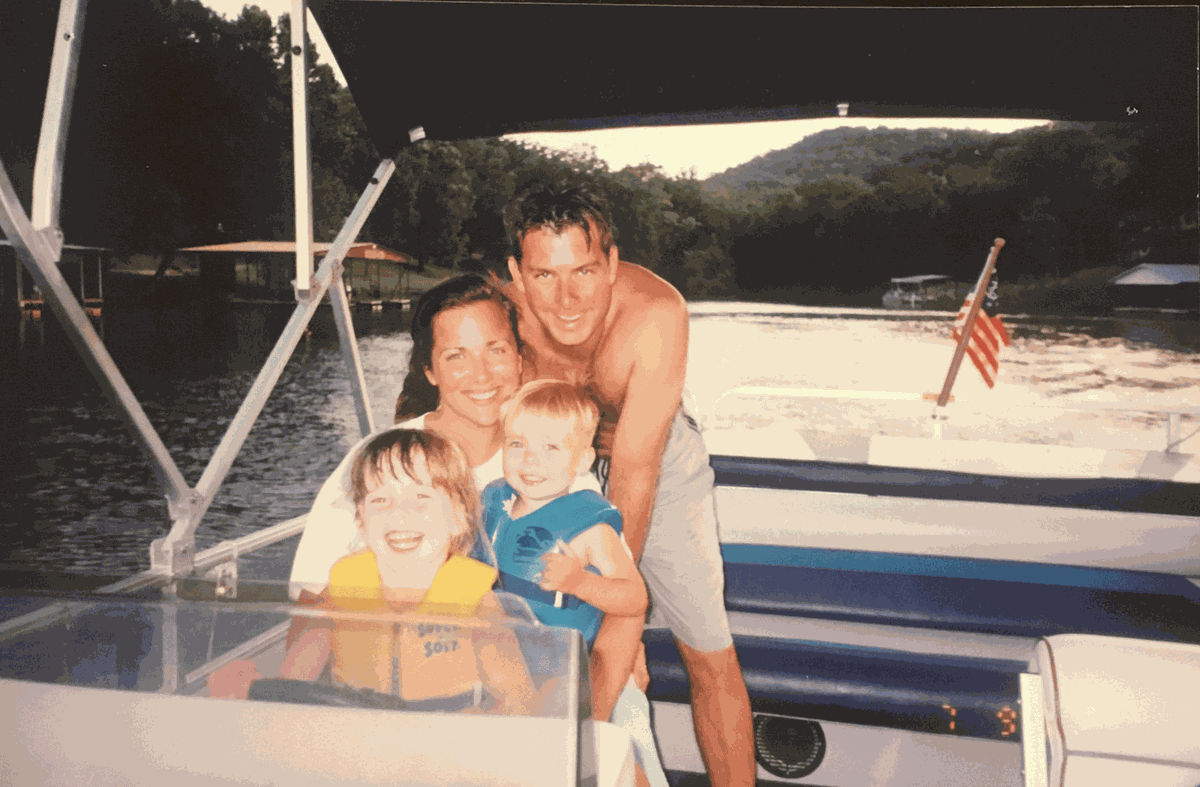 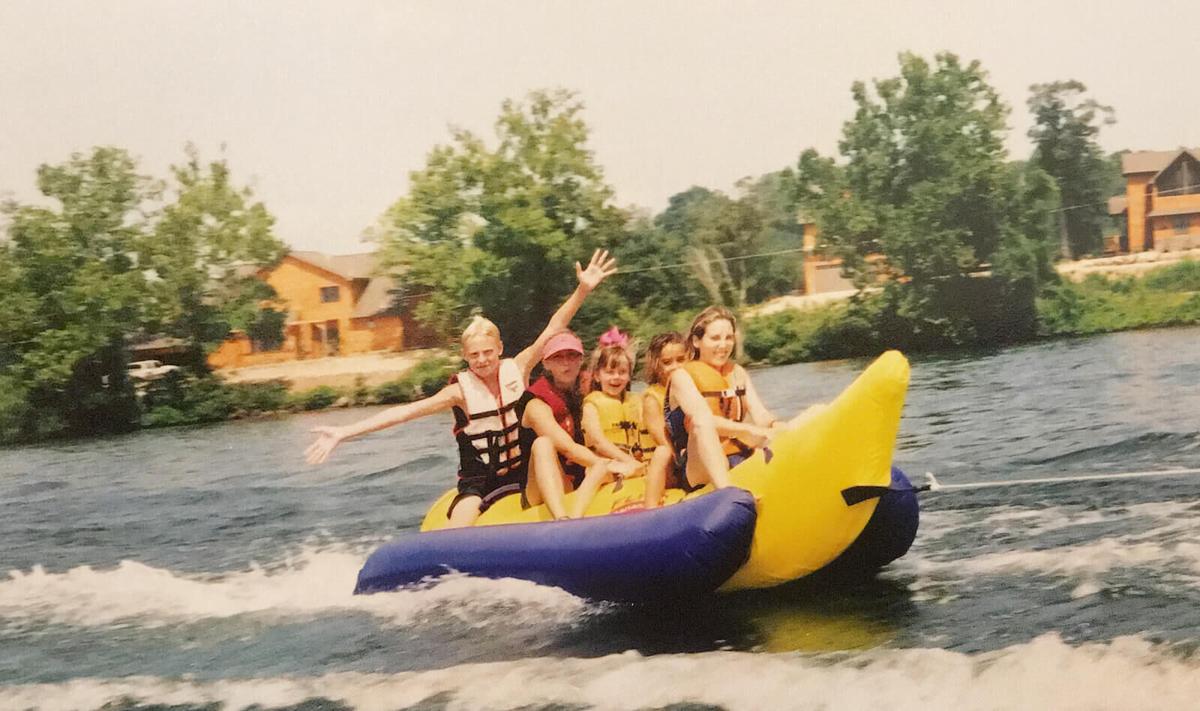 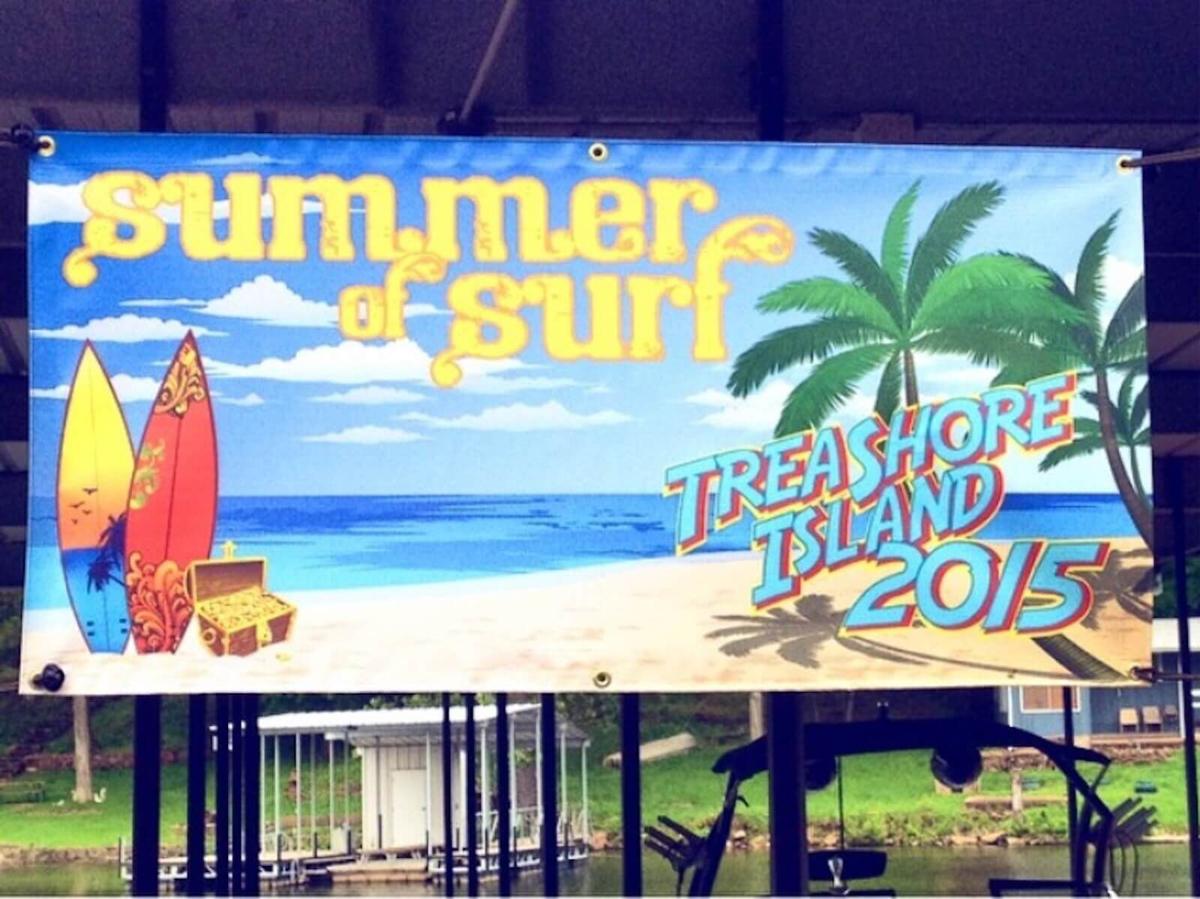 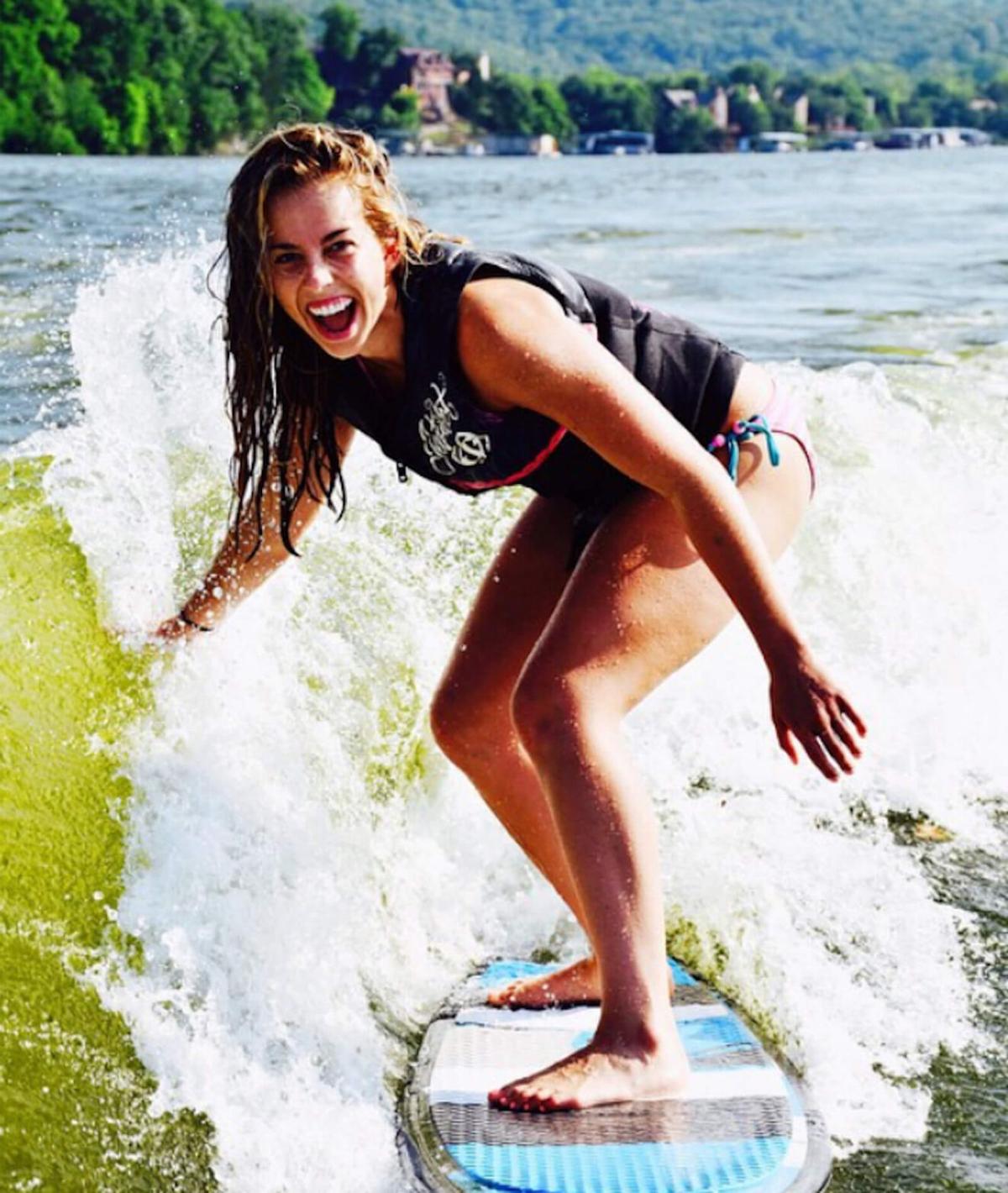 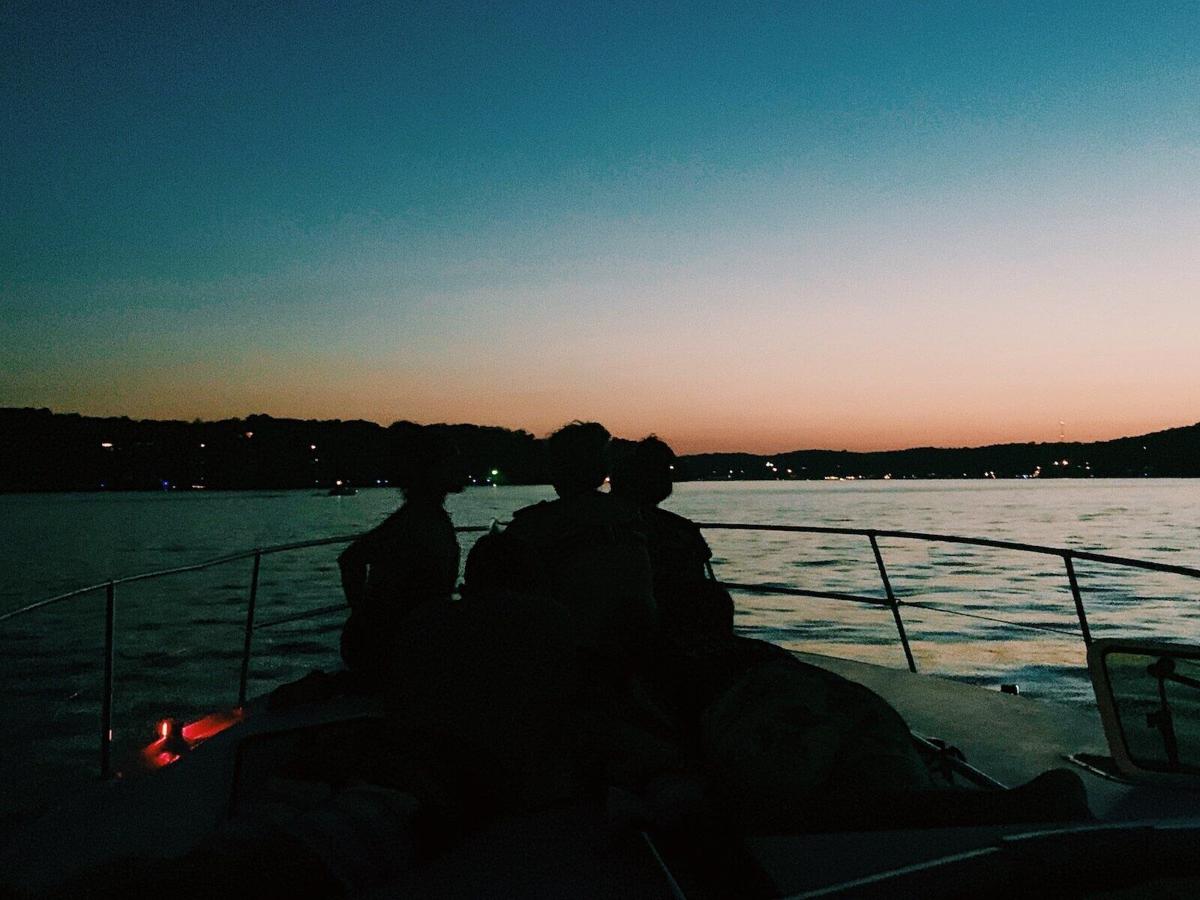 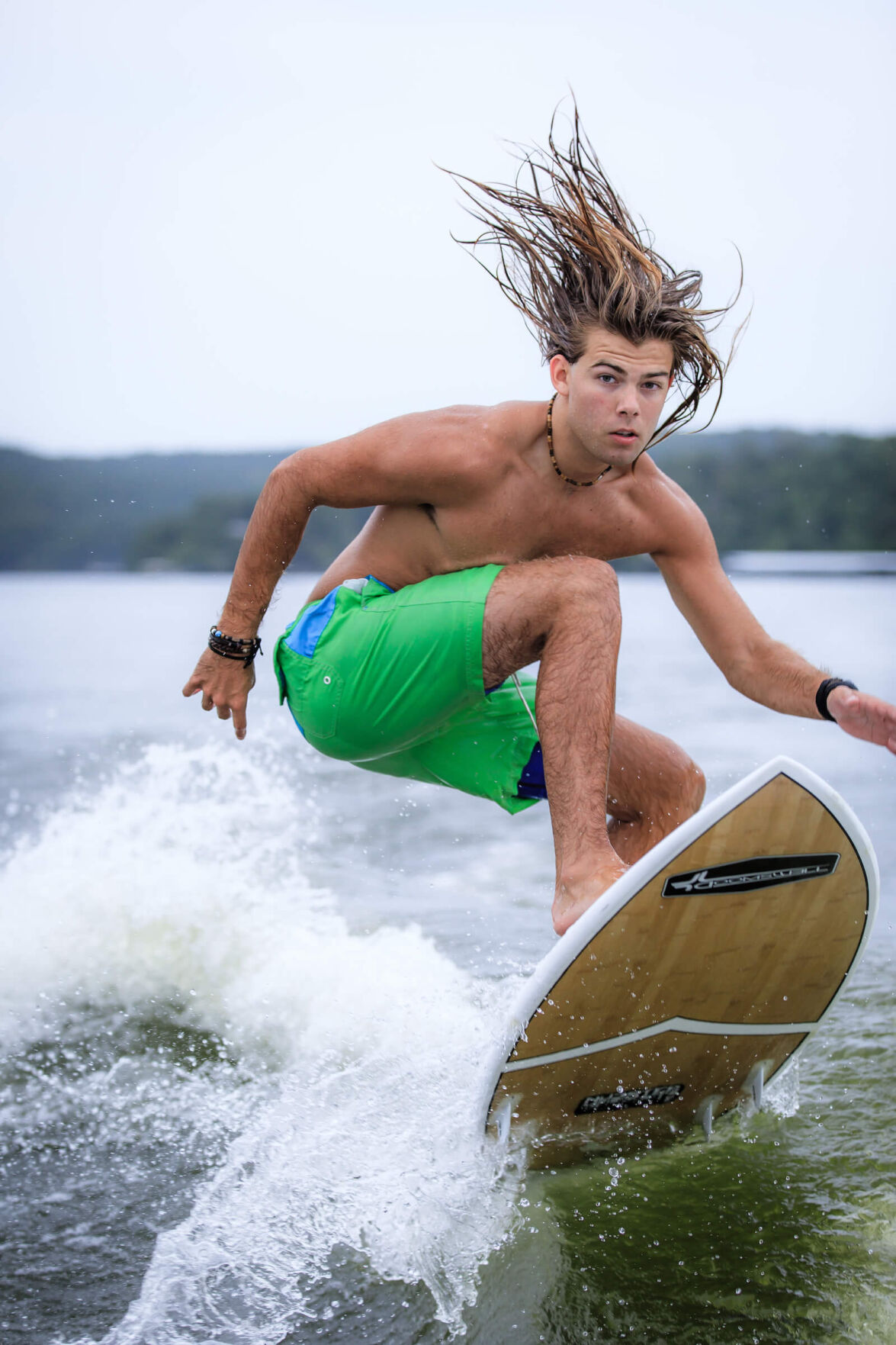 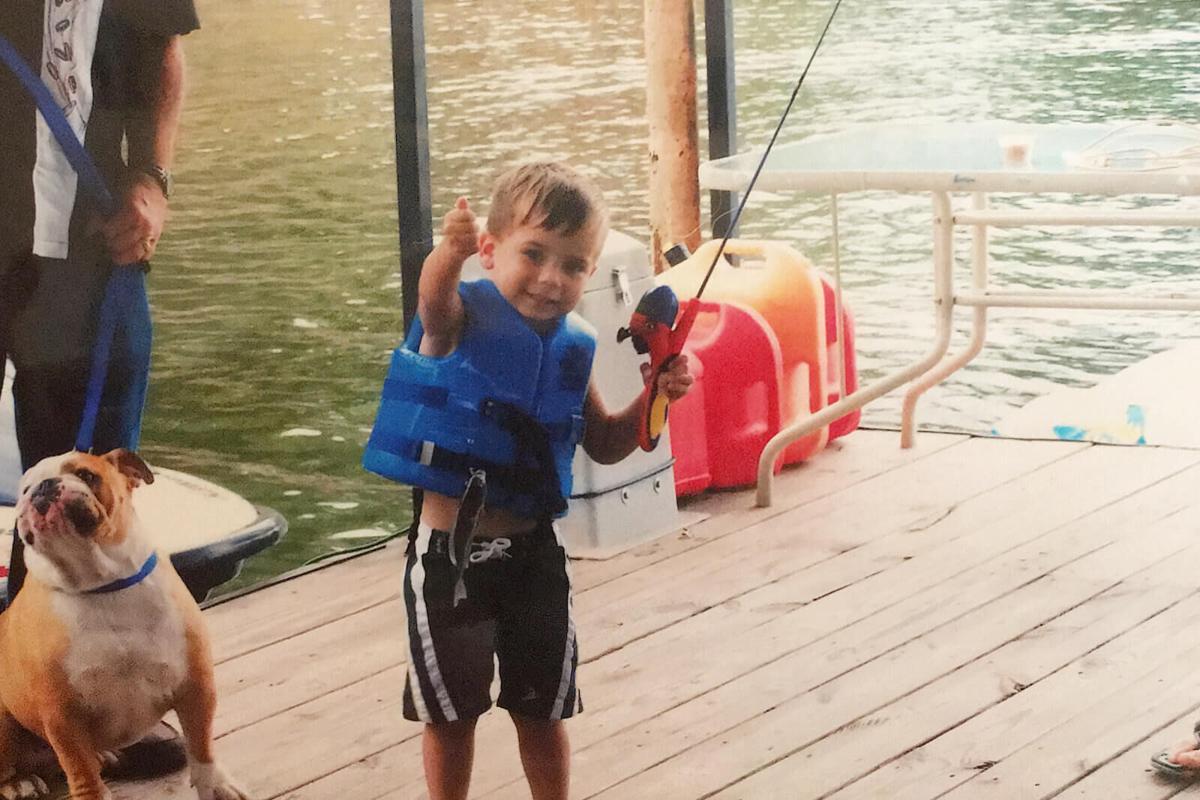 And I come to the fields and spacious palaces of my memory, where are the treasures of innumerable images… — St. Augustine, The Confessions (Harvard Classics)

I have worked on the Lake in some capacity since I was fourteen years old. Gas docks, cleaning vacation rentals, waitressing my way through college, you name it. I have asked thousands upon thousands of people where they are from while gassing up their boats or taking their margarita order. The answers always vary—Kansas City, St. Louis, California, Maine, England. Some are tourists, some have generational family homes, some are retirees who have migrated here to live out the rest of their days. It was my job to ask about their life. And every once in a while, they would ask about mine. My name is Sophie Shore, and this is the story of my childhood.

My parents decided early on in their marriage that they wanted to raise their children on the Lake. My father is a Camdenton native, but he grew up in town and had only been on the Lake five times the entire duration of his childhood. This always really chapped him and created a steadfast determination to someday live on the water. So, that’s exactly what he did. When I was born, my parents brought me home to a fixer upper on Jupiter off of Lake Road 565. When we sold that house, we built our home on the Little Niangua—just west of Camdenton. It is here that my parents’ vision came to life.

It’s a house on the quiet side of the Lake, nestled into the hillside, adorned with greenery and flower boxes. The sun rises outside the kitchen window, between the hills to the east. The light dances, reflecting hues of pink off the water in a way that moves your soul and makes you feel like God is near. In the evenings, my parents would sneak off together in the boat to watch the sunset. I don’t know anyone who loves the rise and set of the sun like my mother. It was here, in our little quaint corner of the world that we like to call “Trea-Shore Island,” that my brothers grew into young men and my parents held hands on the back porch waiting for the hummingbirds. It sounds like a fairytale, and in many ways it really was.

Sundays were always a sacred day. After church, my brothers and I would get our swimsuits on and wait for people to arrive. Mom would be in the kitchen making the most delicious summer dishes while Dad lit the tiki torches in eager expectation. Our neighbors always joked that when they saw my dad light the tikis, they knew the fun was about to begin. People were literally always around. Sunday gatherings were great; holidays were even better. The Fourth of July was always a week-long celebration filled with nightly firework displays, American flag desserts, and many, many people. They would crash wherever they could find the space—on the dock, in the boat, on the living room floor. My parents were and still are the most gracious hosts. Ding up the jet ski? No biggie. Sit on the furniture while dripping wet? Sure! Mom always said that she didn’t care about our house being perfect; she just wanted it to be a home for everyone.

The Lake was the best playground a kid could ask for. I know some parents shy away from living near water because of the danger it poses to young children, but my parents fully embraced it. At not even one year old, I could be spotted with my dad on our old teal jet-ski, “Chee-Chee.” Every watercraft has a name at Tre-Shore Island: a soul, a personality. Each watercraft type is part of a family. Much like Uga, the University of Georgia Bulldog, the name never changes but rather is replaced by the roman numerals I, II, III.

Currently in our fleet is “A Shore Thing III,” “Little Tybee II,” and the siblings (jet-skis) “War Horse,” “Brooksie,” “Tomb Raider,” “The Island Hopper,” “Neil,” “The Green Hornet,” “Sparky,” and the “Bearacuda.” Yes, we currently have eight jet-skis that are collectively worth about $3,000 dollars. Maybe less. It started with one or two “fixer uppers,” and now it would appear word has gotten out, and we might as well put up a sign that says “jet-ski shelter.”

Growing up, my brothers and I just wanted to be known as cool, Lake people. I started horseshoe skiing at the age of four. We would stand in the ski on the sand beach until the jet ski simply pulled us away. When our cousins came over, they would bring their horseshoe ski too, and we would go at the same time. We would wave at each other from across the wake, grinning ear to ear and feeling so grown up. I learned to wakeboard behind the jet-ski when I was eight years old; my middle brother, Bo, was 6. The two of us went wakeboarding with Dad 48 straight days the first year, 37 the next. This was, for us, the coolest. We started to get pretty good, so we upgraded to a 1977 Cobalt Ski Boat, with roll cage tubing from a jeep attached as a tow bar. Man, we thought we were living. That 1977 Cobalt was the original “Little Tybee.” We’ve had nicer wakeboard boats since then, but none have been loved so dearly. Arriving home from a trip to Branson in mid-November one year, all we could see of our beloved “Little Tybee” was tip of the bow. Amazingly, we were able to resurrect the boat and get it fired up by next spring. We were very close to nominating our mechanic for sainthood; it was nothing short of a miracle.

“The Summer of Surf,” “The Silver Surfer,” and “The Island Surfer” marked a new chapter on Trea-Shore Island. We said goodbye to the Cobalt for a while as we were introduced to the best watersport known to man: wake surfing. We loved wake surfing for many reasons, but mostly because you have to try really hard to injure yourself. By the time surfing was hitting its peak, my littlest brother, Barrett (“Bear”), was starting to really get in the mix. That little punk was able to do a 360 before any of us! I smile any time I recall how excited he was, with my whole family cheering and fist-pumping from the boat. Memories like that never really leave you.

Most of my fondest memories took place on the water. I remember being a kid and trying to get big air on the wakeboard, and I also remember feeling concussed as my brother and Dad laughed and told me what a great jump that was and to “get back on the horse.” I remember sitting in the Springs of Ha Ha Tonka with my brothers after a hard week of summer weightlifting, a place we would often call “the healing waters.” Nora Jones on repeat and the smell of steaks from The Butcher Shop. Camping trips with the boat up the Gravois Arm. These memories I will keep, forever.

Local singer-songwriter Jared Hicks has a song called “Camdenton.” I cry every time I listen to it, which is often. As I enter my last year of college and know with some certainty that life will take me away from the Lake, the lyrics play over and over in my mind: “when they ask me where I am from, no matter where I’m living under this old sun, the answer is always just west of Camdenton,” on the Little Niangua Arm, at a place called Trea-Shore Island.

Visit StacyShore.com to begin the journey to your own Lake memories, with Shore To Shore LOZ real estate & vacation homes.

This article was republished from the 2020 issue of Shore Magazine. Read the magazine online, and order your copy, at ShoreBoatingMag.com