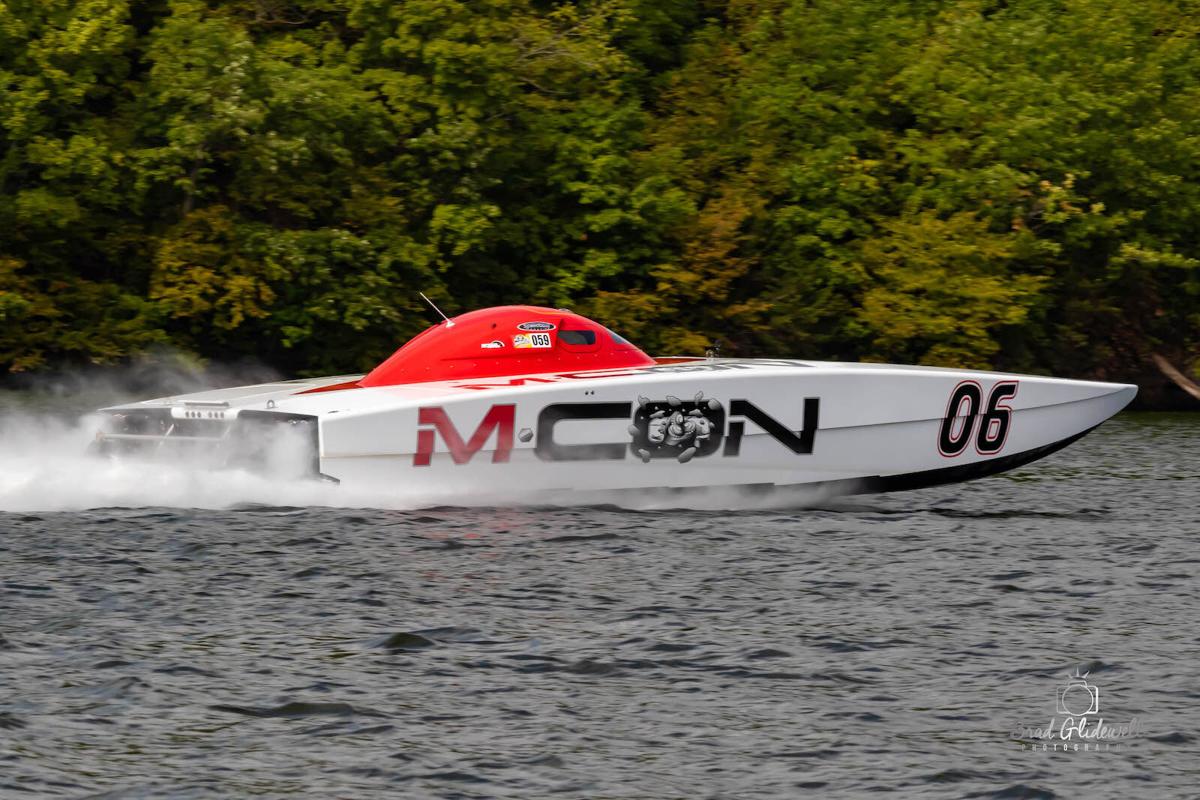 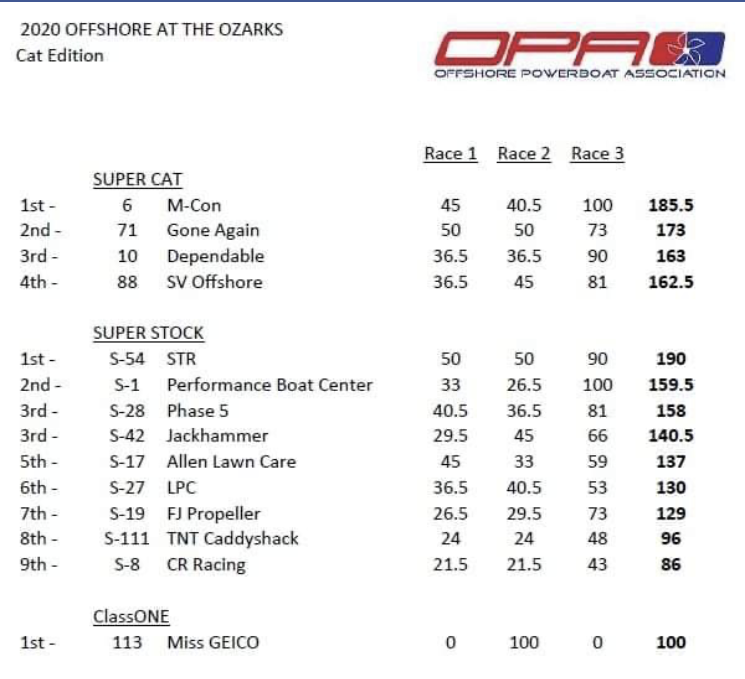 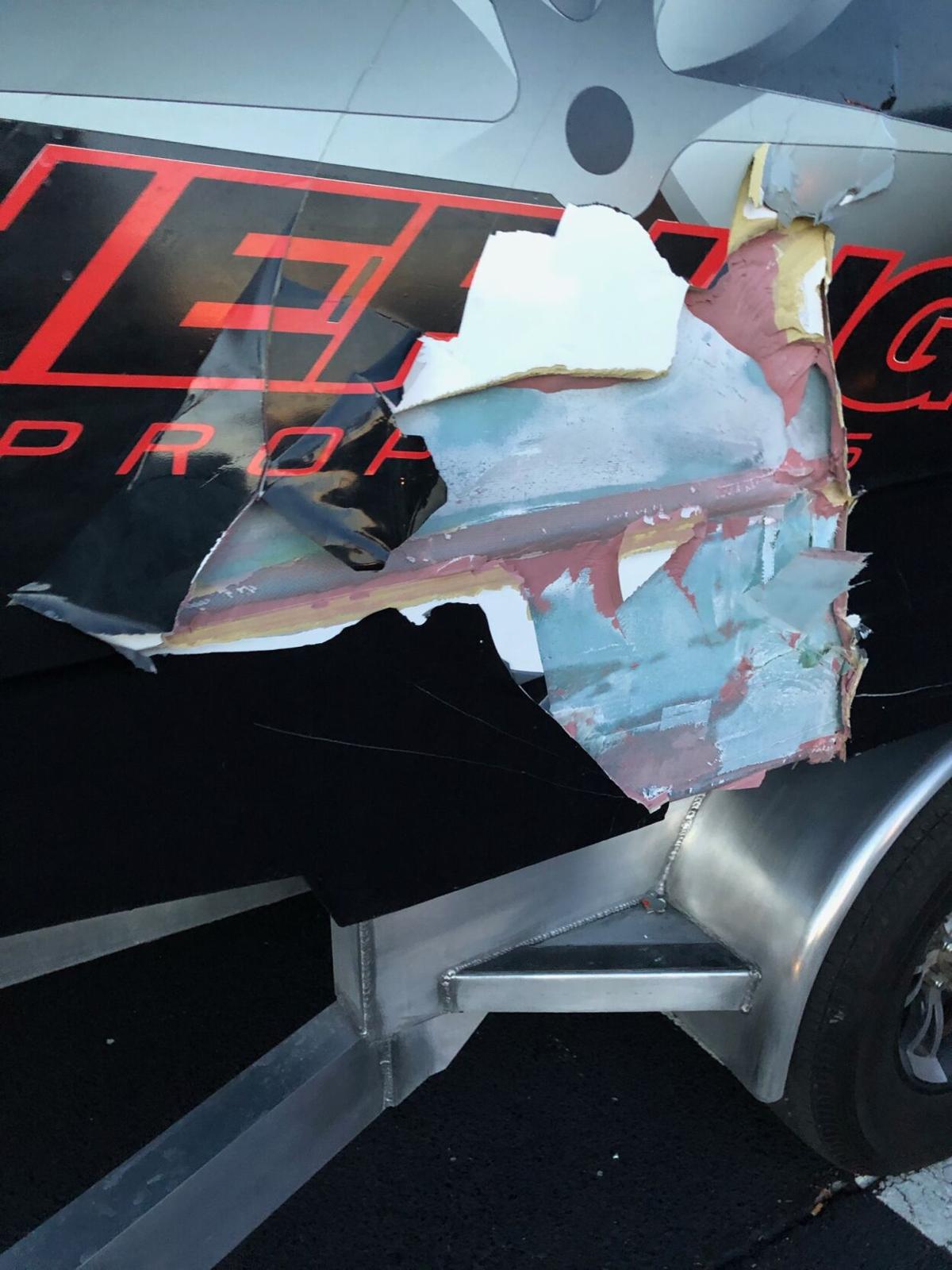 LAKE OF THE OZARKS, Mo. — Saturday's powerboating event, Offshore At The Ozarks - Cat Edition, kicked off with a tight race in the Super Stock class. Eight boats roared around the course, hitting top speeds around 120 mph on the straightaways.

CR Racing team sat out Saturday's races due to damage incurred early in Friday’s race, leaving eight boats to fight it out at the green flag. In the spirit of power boating sportsmanship and generosity, CR Racing’s Casey Boaz and Rob Unnerstall offered needed parts from their boat to fellow racers, helping make the event a huge success.

Rusty Williams and Myrick Coil took the lead on the first lap in the Performance Boat Center 32-foot Doug Wright catamaran. Shaun Torrente Racing (STR) held second and struggled to close the gap between them for much of the race. Any ground gained in the turns was lost on the straightaways as the Performance team undeniably had the speed they needed to win. While STR seemed to effortlessly snag first in both Friday races, Belisle (driver) and Torrente (throttleman) had to work a bit harder on Saturday. They nearly overtook Performance several times coming into turn three, but the Performance boat stuck to the inside and pulled through out front each time. The final lap became a nailbiter, as the two boats were nearly neck-and-neck on the back straightaway. But STR got a little loose at turn two and couldn’t hold their position, leaving the Performance team to come out in front and take the checkered flag.

While it was the hometown Performance team who won race three on Saturday, STR took the overall win for the event, having secured wins in races one and two on Friday.

Saturday’s Super Stock race wasn’t all about the fight for first, though, with a spirited battle between team Allen Lawn Care and LPC for sixth position. The TNT Caddyshack boat left the course midway through the race with mechanical difficulties and the Allen boat set their sights on sixth place. They fought to overtake LPC on the inside for several laps before finally taking sixth position on the eighth lap coming out of turn three.

Race fans were treated to an equally exciting Super Cat competition with Dependable, SV Racing, and M-CON teams all edging ahead to the lead at some point in Saturday's event. Four Super Cat teams were at the start line for the green flag, unlike Friday's race which only featured Gone Again and M-CON. At Saturday's race start, the four ran deck-to-deck on the back straightaway with the SV Racing team pulling ahead, followed closely by Dependable and M-CON. SV Racing couldn’t hold their lead coming out of turn three though, and M-CON overtook them. The SV Racing team held on to second for for several laps until Dependable snuck past them and eventually overtook M-CON, taking the lead coming into lap five.

Late in the race, Gone Again and SV Racing fell out of contention and headed towards the pits, leaving Dependable in first and M-CON in second. Just when fans were sure Dependable had the win, that boat too pulled off the course with mechanical issues, leaving M-CON for the win, but not alone on the track as Gone Again limped back onto the course with one engine.

While team Gone Again won races one and two on Friday, M-CON took the win on Saturday and the overall win for the weekend points wise.

Overall, it was an exciting and safe weekend for powerboating fans at the Lake of the Ozarks. The effort between Performance Boat Center and the OPA looks promising for the future of Offshore At The Ozarks.