LAKE OF THE OZARKS, Mo. — Black smoke billowed from a boat around the 12.5 Mile Marker of the Lake on Monday morning.

The boat, a 37-foot 2002 Power Quest 370, burned to the waterline and sank, but its occupants were able to escape, unharmed.

According to the Missouri State Highway Patrol, the boat, driven by 44-year-old Chad Stockman of Lohman, Mo., left a cove at the 12 Mile Marker and was headed upstream when Stockman smelled smoke.

The Patrol says Stockman stopped the boat and looked into the engine compartment, where he found flames coming from the rubber exhaust boot. He and others onboard were unable to extinguish the flames, so they evacuated the boat and boarded another. 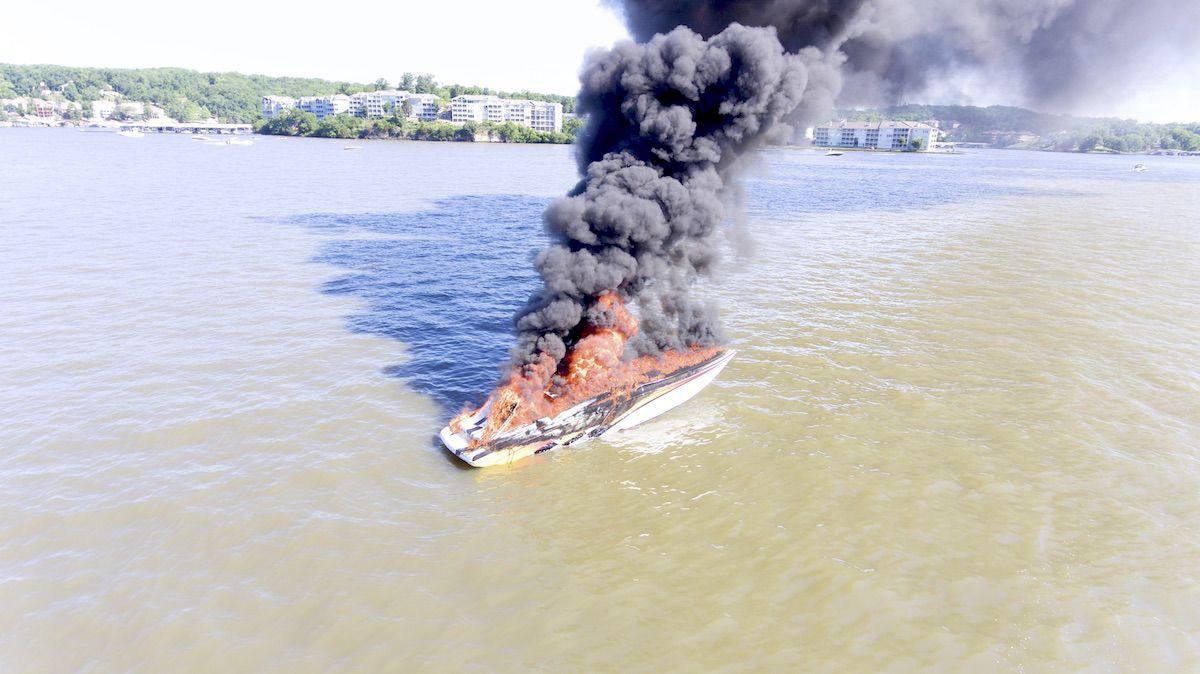 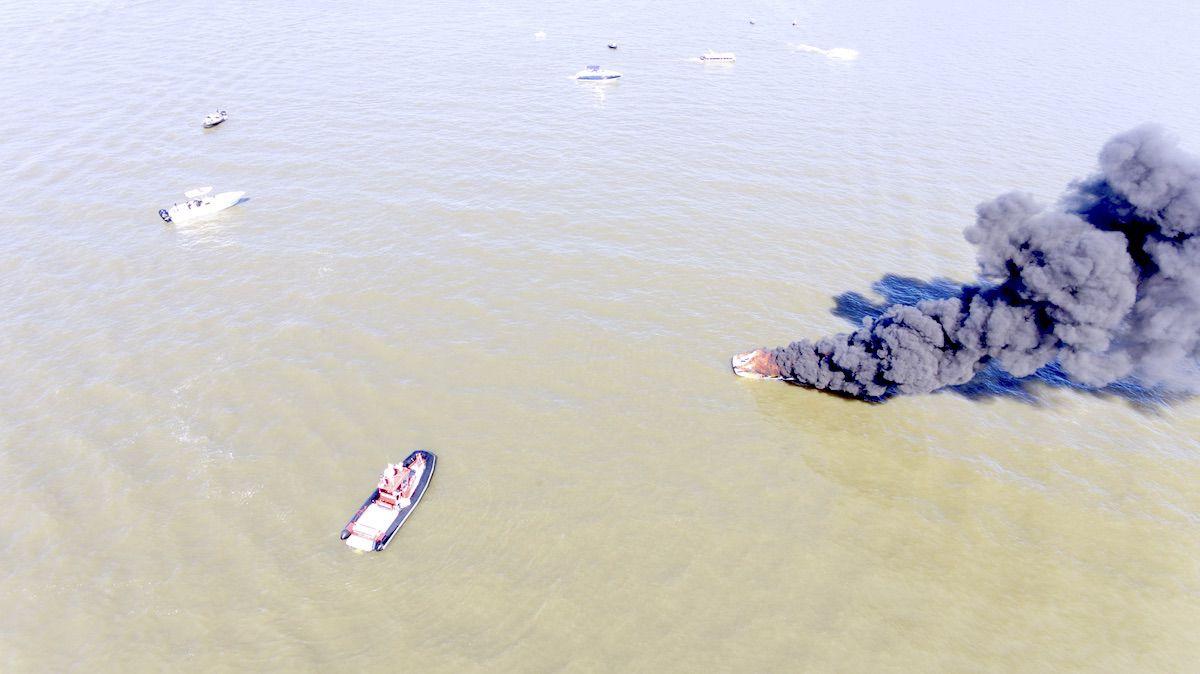 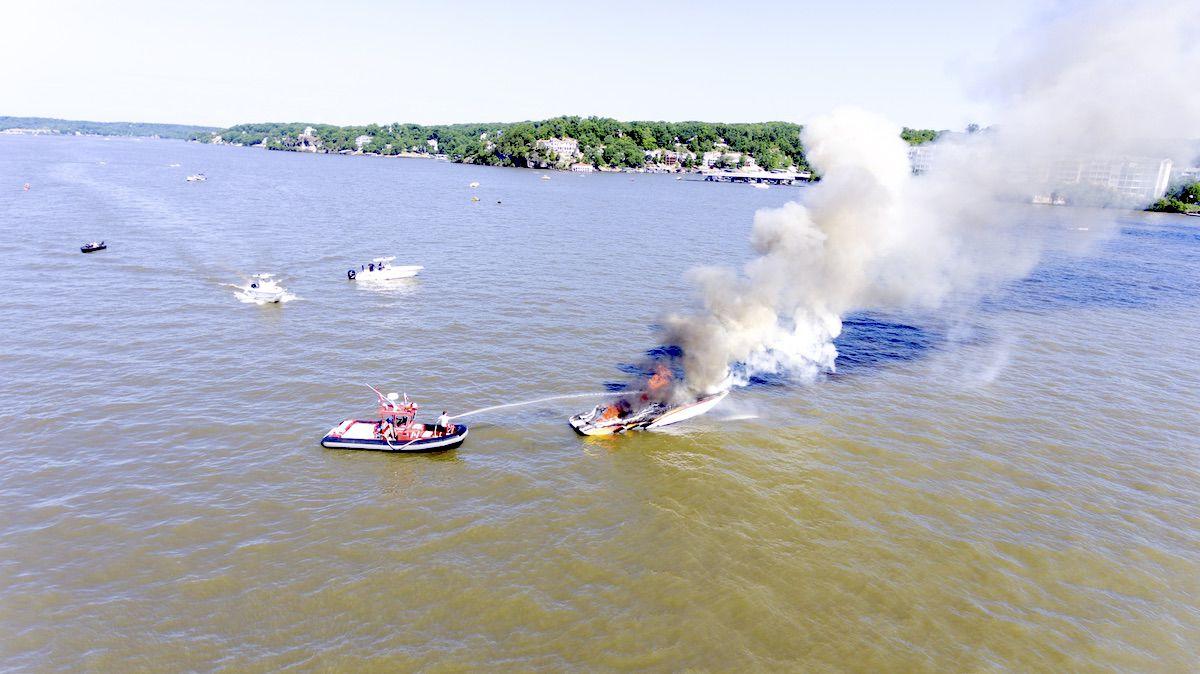 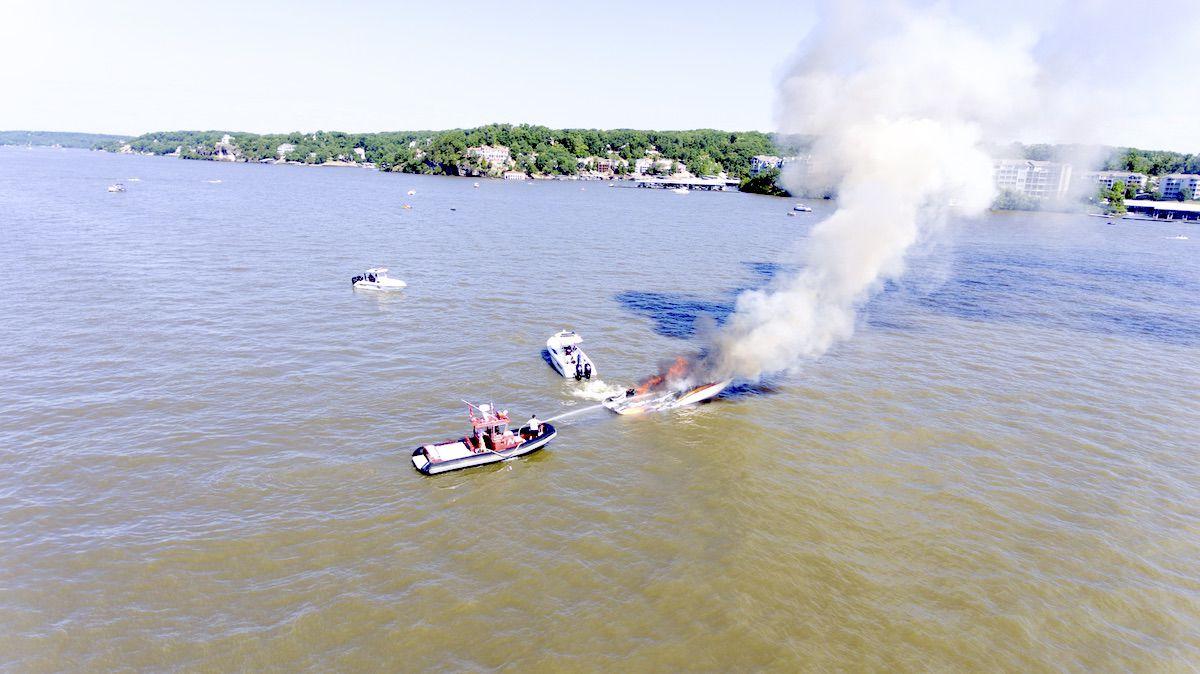 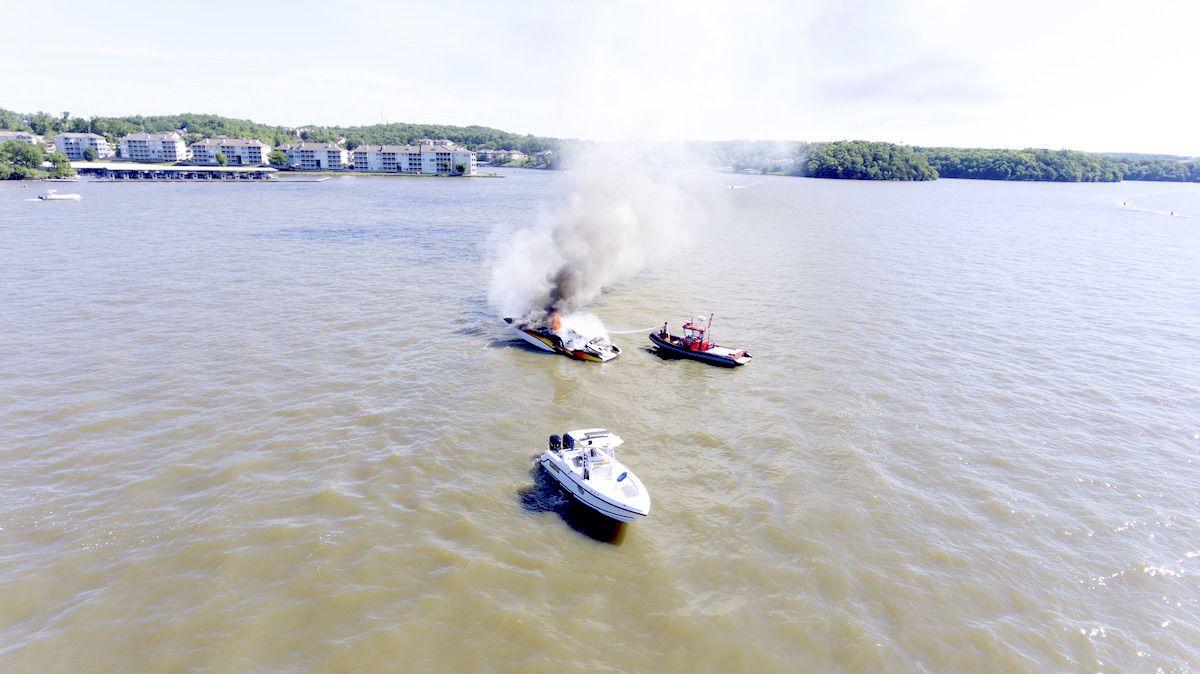 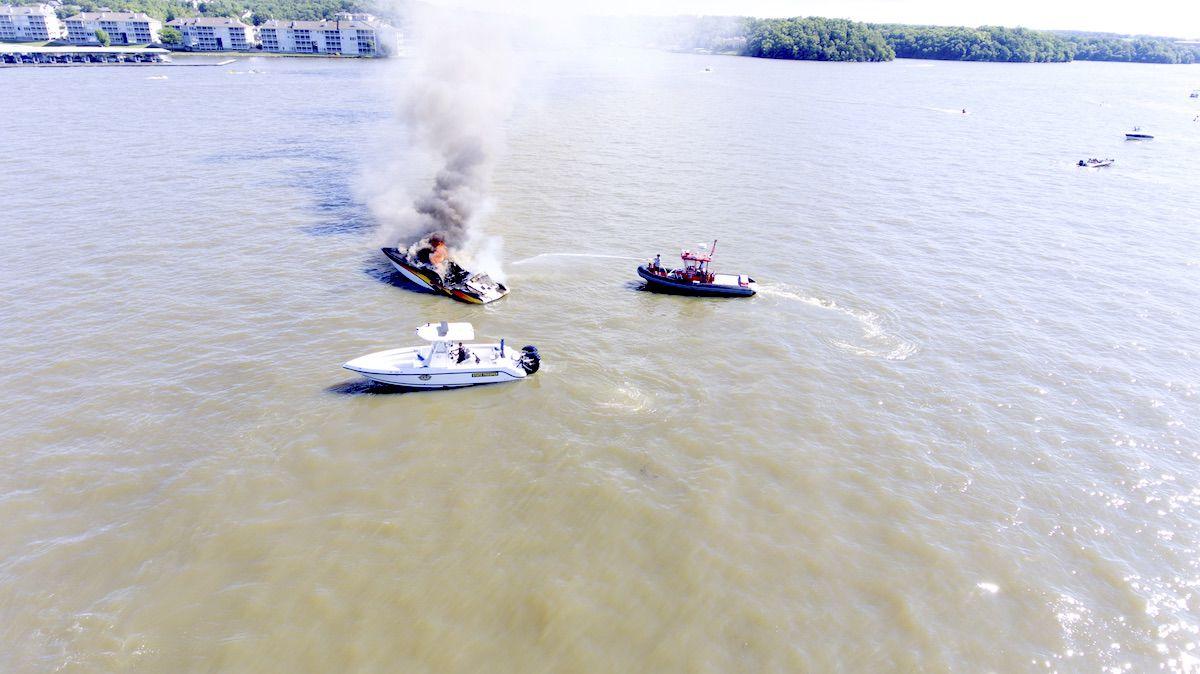 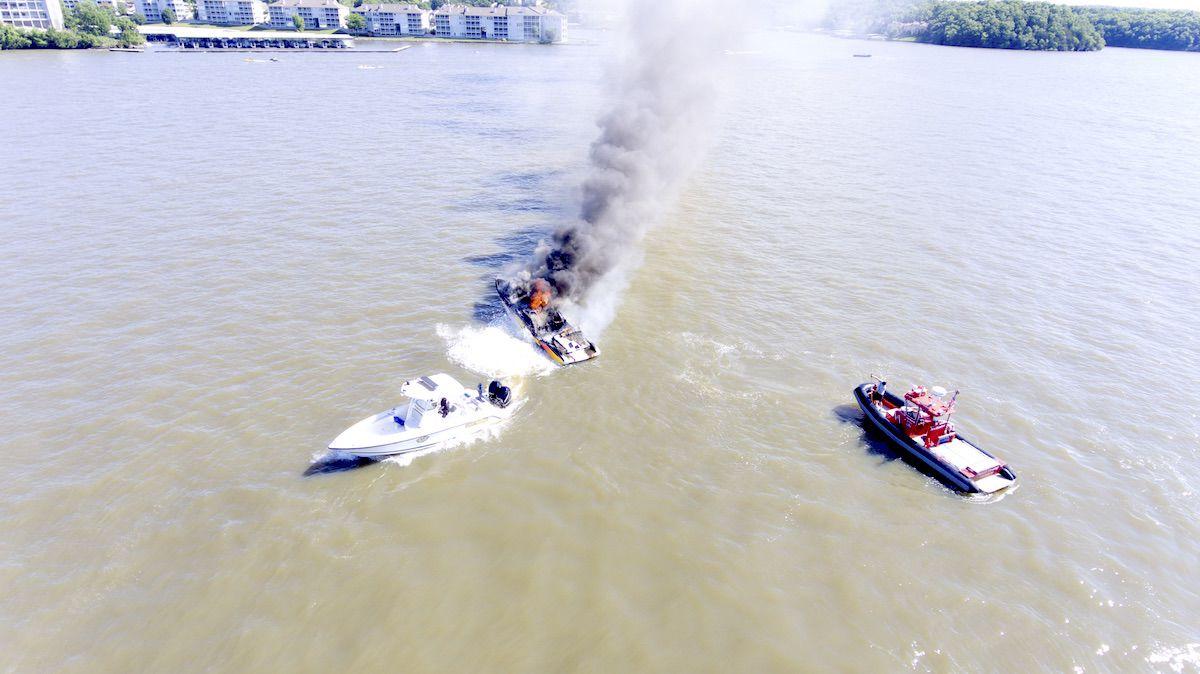 Powerboat Burns At Lake Of The Ozarks [PHOTOS]

A powerboat burned to the waterline and sank on Monday morning, May 29, 2017.

The Missouri State Highway Patrol and BoatUS/Lake Tow responded, using the MSHP boat’s outboard motors and a hose aboard the Lake Tow boat to douse the flames, but the powerboat ultimately burned to the waterline and sank, according to the Patrol.

No injuries were reported.