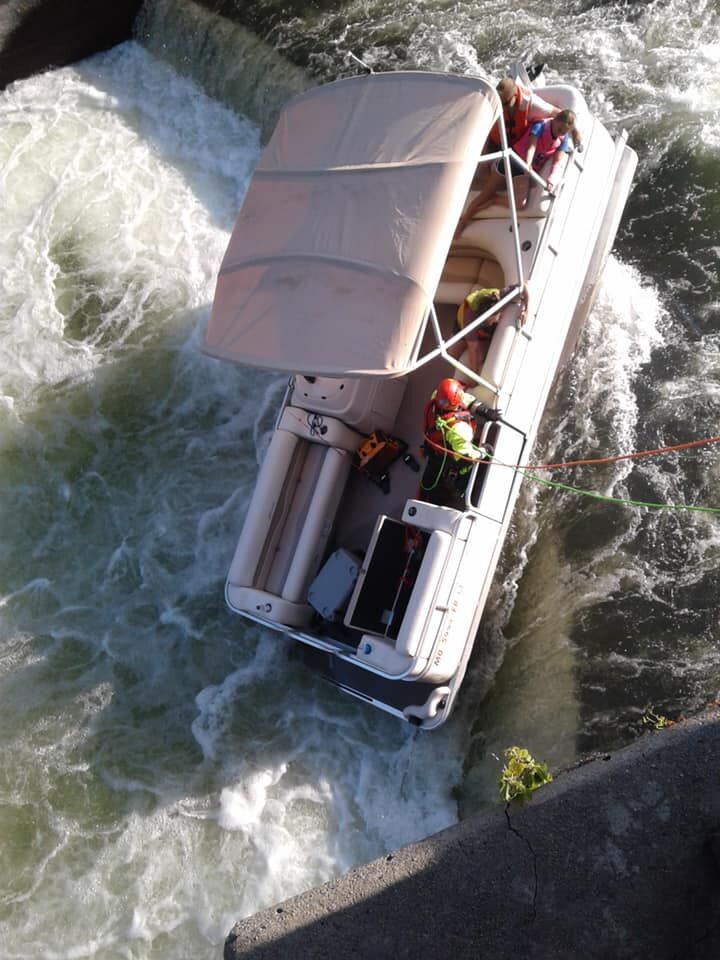 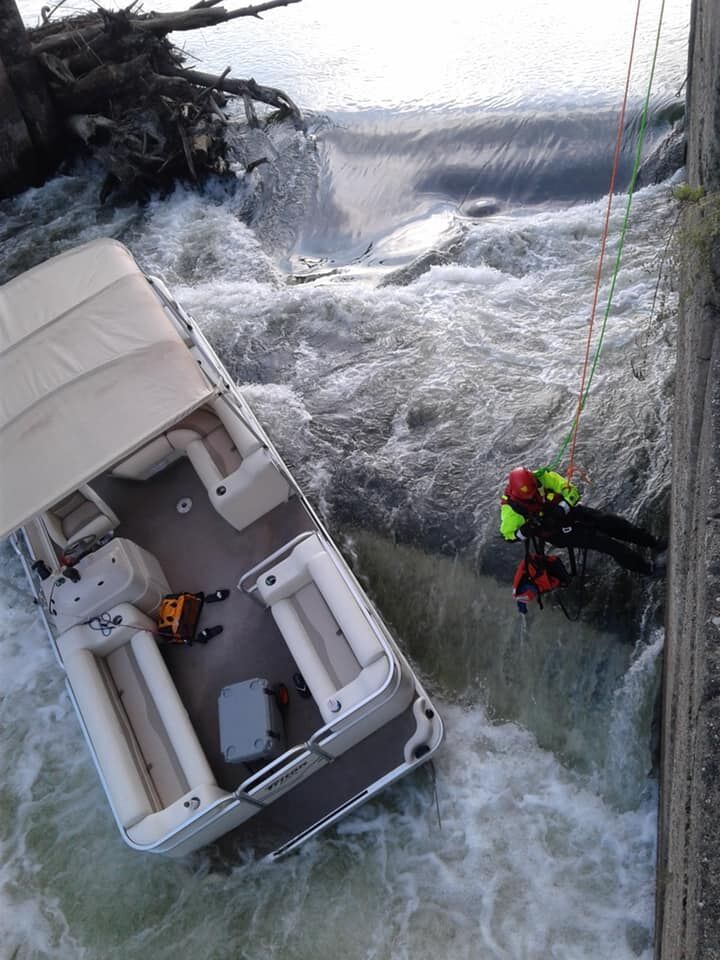 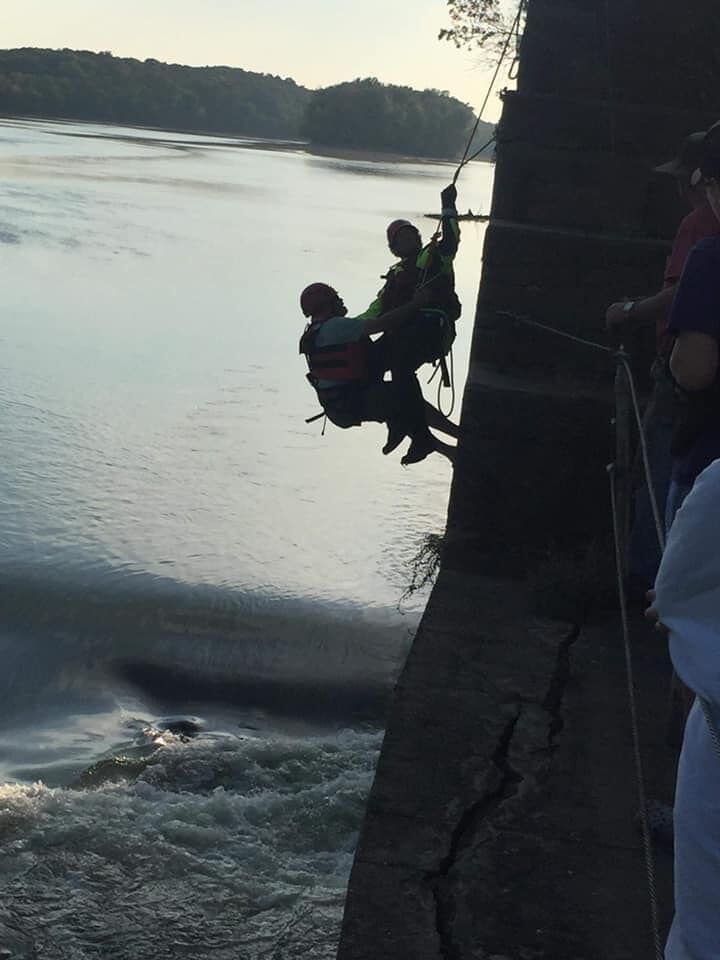 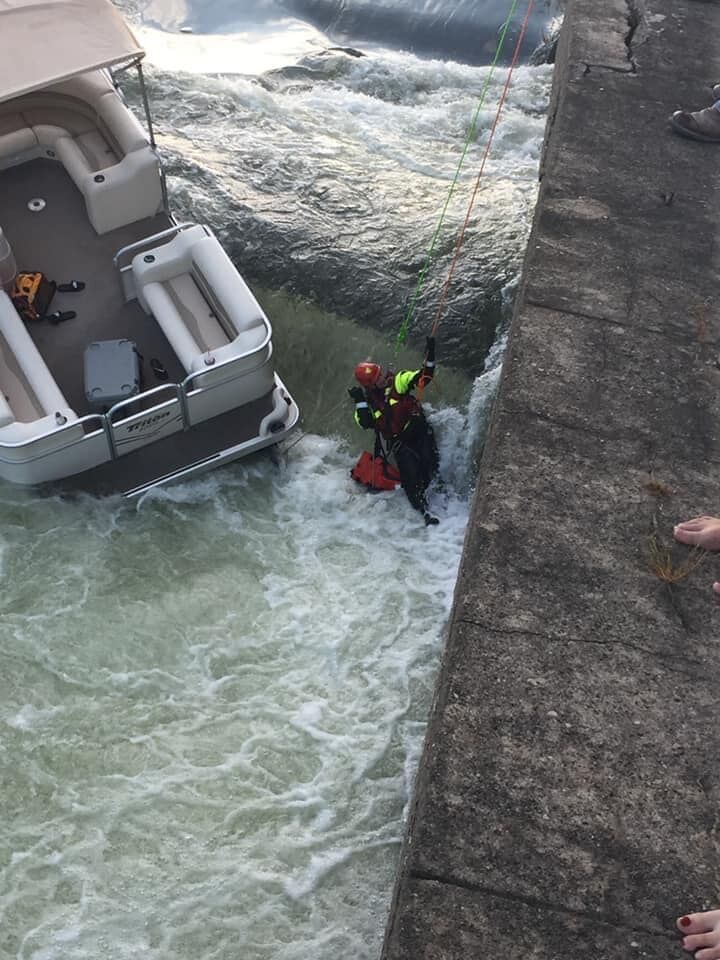 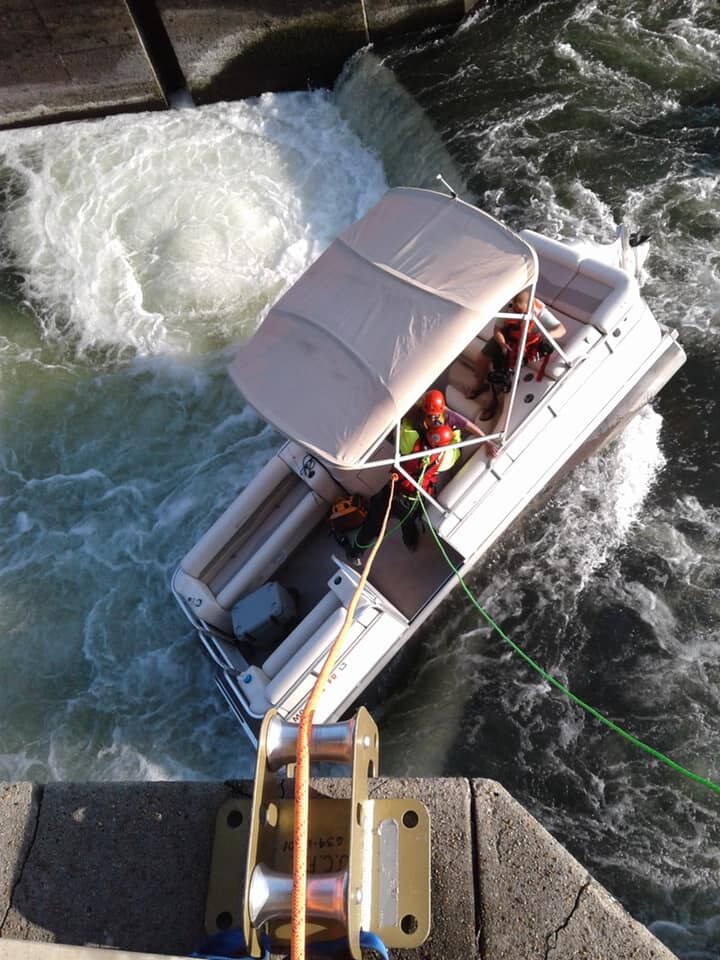 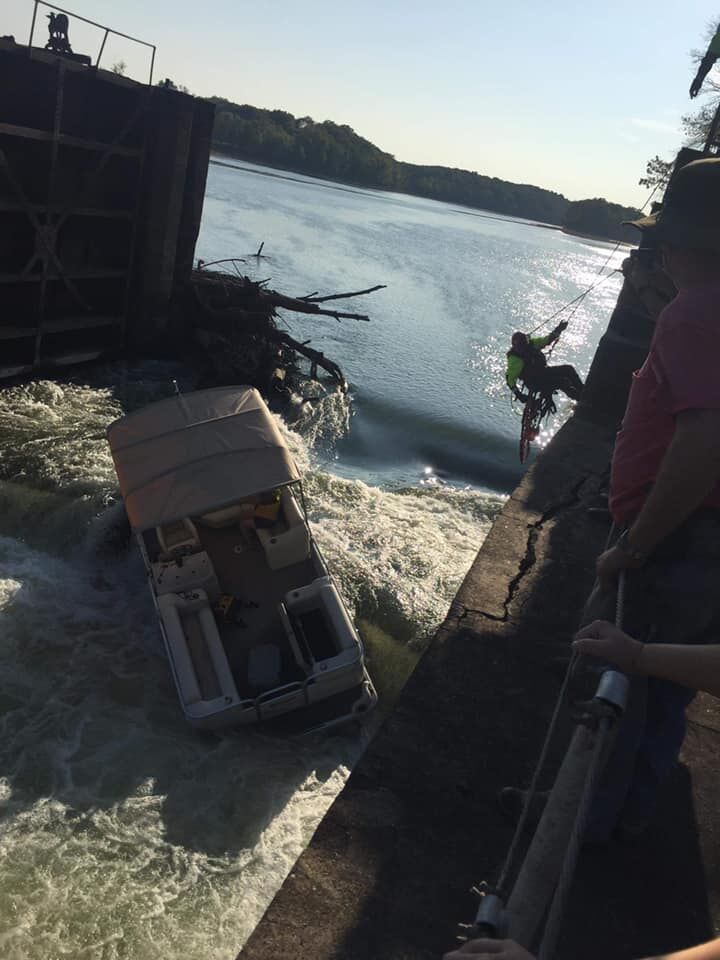 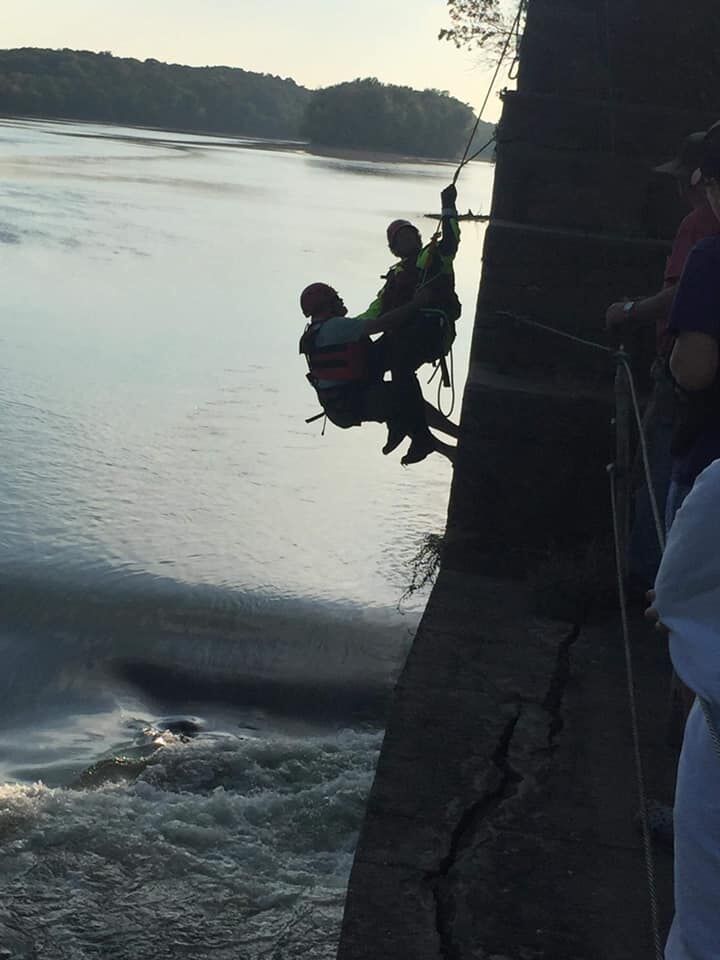 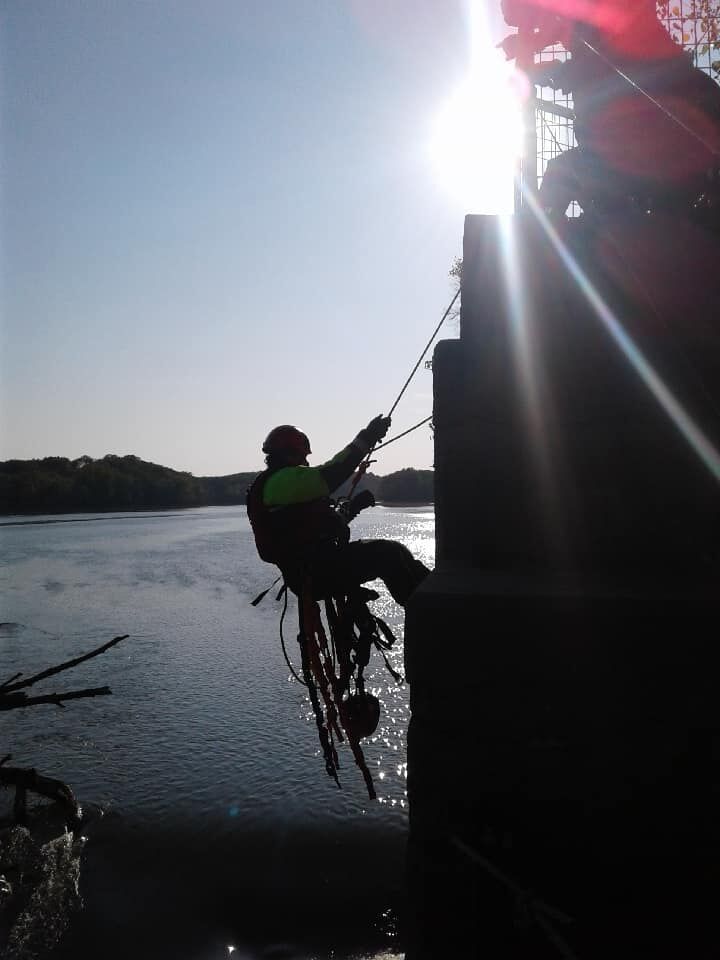 TAOS, Mo. — Three boaters were rescued on the Osage River, near Jefferson City, after their pontoon got stuck going through the lock-and-dam system.

At 3:34 p.m. on Saturday, Sept. 26, the Osage Fire Protection District was dispatched to the Lock and Dam on the Osage River for a water rescue. The Lock and Dam is located about 10 miles upstream of the convergence with the Missouri River. A single pontoon vessel with three occupants was stuck in the lock with fast moving current. With the river level low, the boat was unable to move through the lock.

Osage Fire responded with boats and personnel along with the Westphalia Fire District and the Missouri State Highway Patrol Water Division. Emergency responders determined the best method of rescue was to hoist the occupants from the vessel utilizing rope rescue equipment.