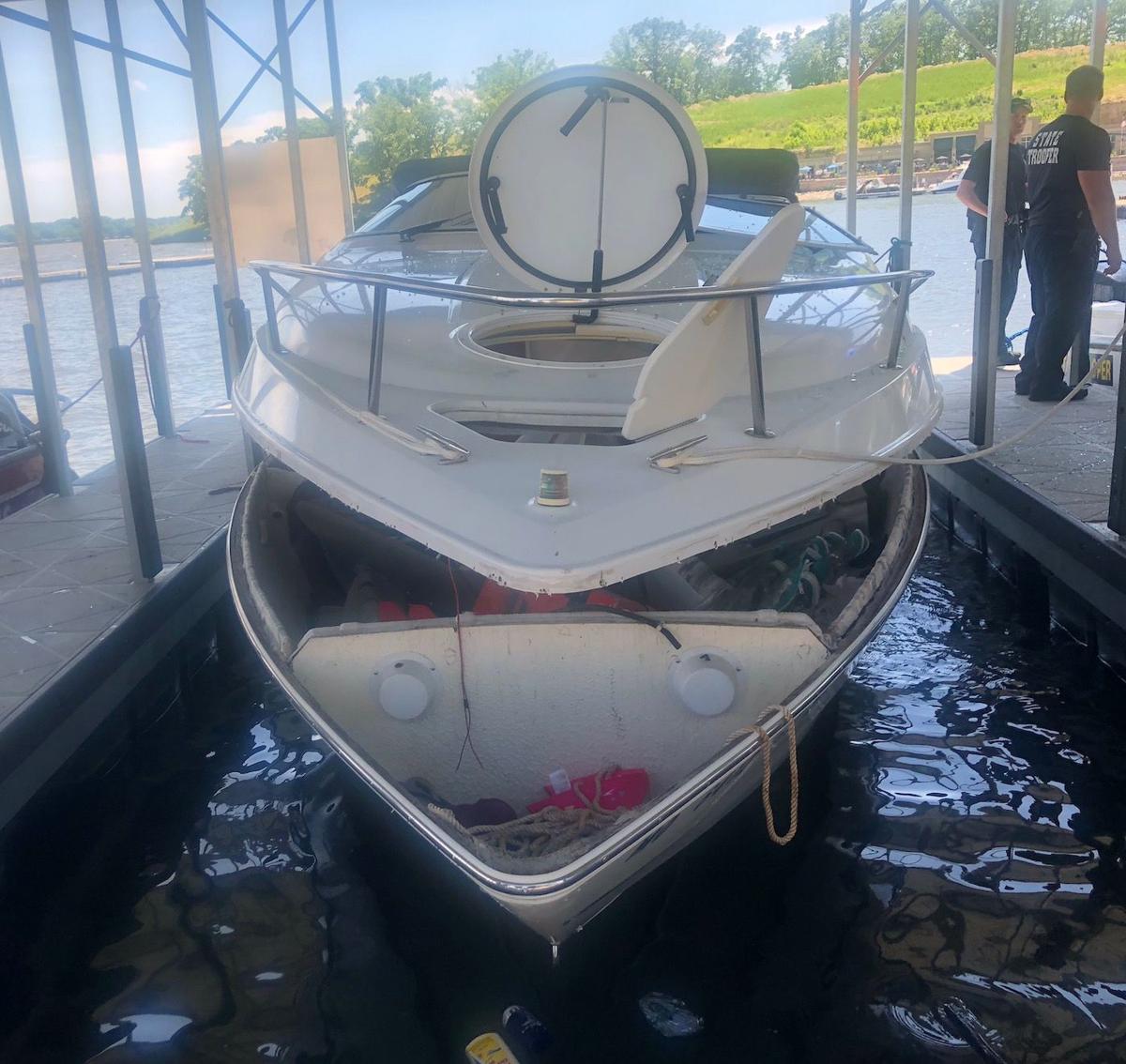 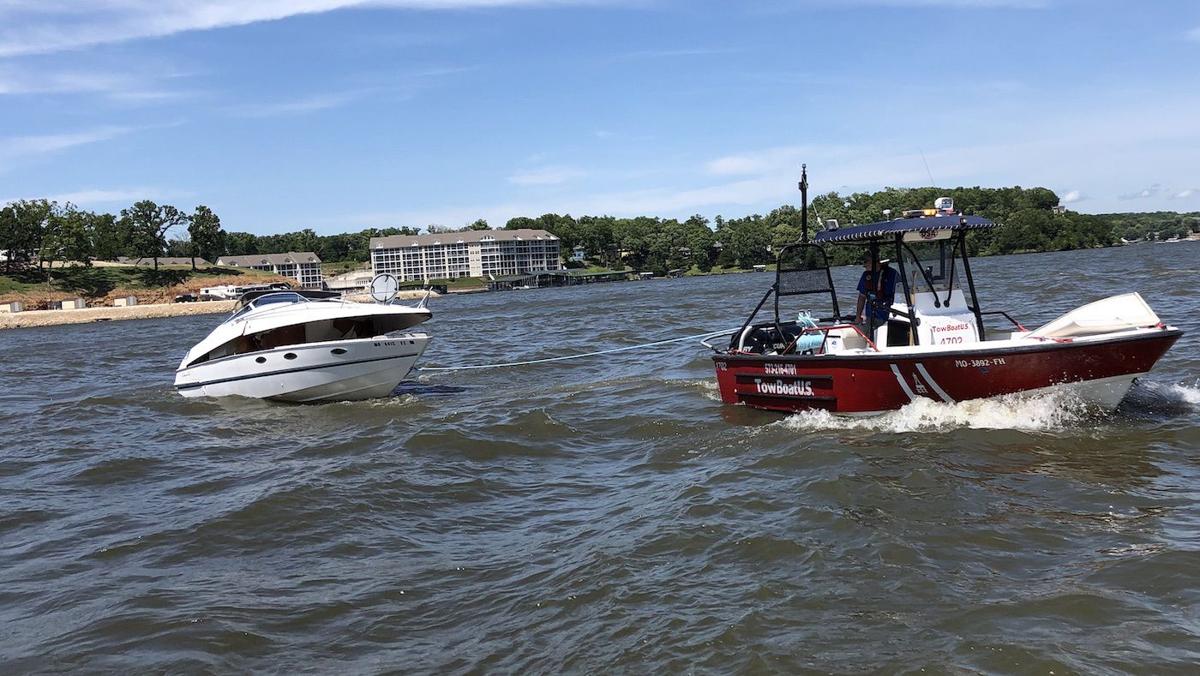 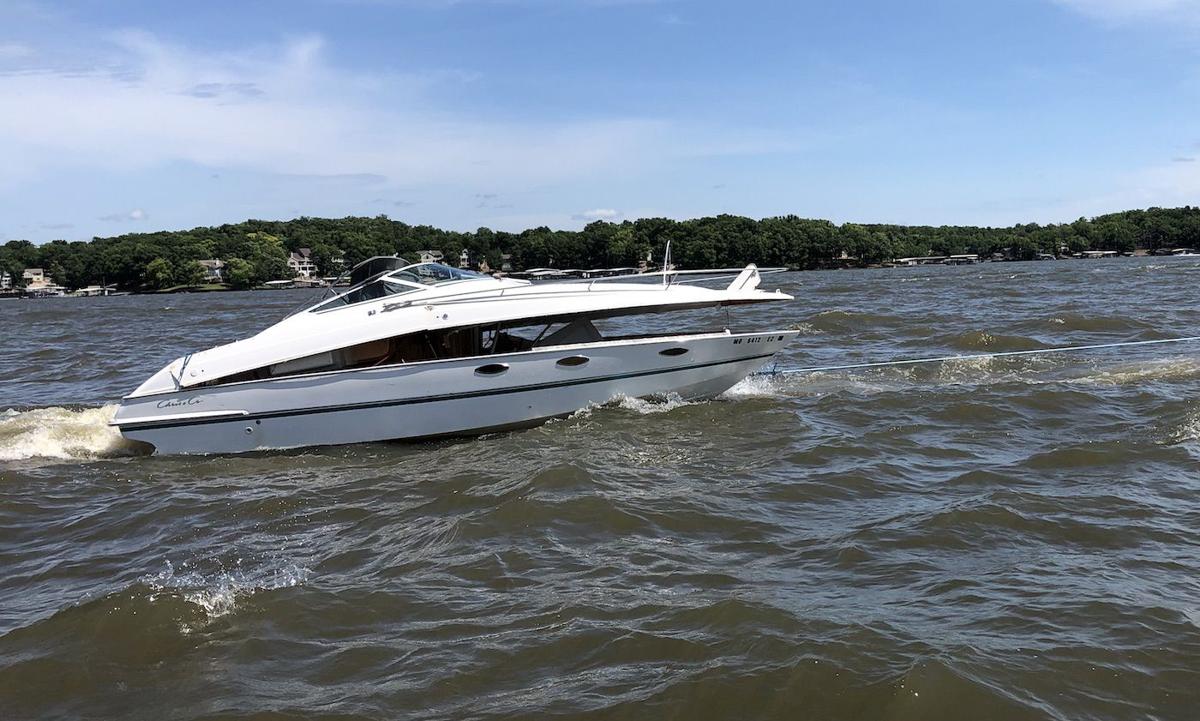 LAKE OF THE OZARKS, Mo. — Five people were reportedly injured in a boat explosion at Millstone Marina & RV Resort on Saturday afternoon.

According to the Missouri State Highway Patrol, a 25 ft. Chris Craft exploded at approximately 1:50 p.m. on Saturday, June 15, at the marina on the 7 Mile Marker, in Laurie.

According to Gravois Fire Protection District (GFPD) Fire Chief Ed Hancock, firefighters were toned out at 1:54 p.m. and they were the first to arrive on the scene.

“The explosion occurred shortly after filling the boat with gasoline,” Missouri State Highway Patrolman Scott White reported. “They had untied from the dock and based on preliminary information there was a flash fire, that fired up and extinguished just as quickly.”

Photos show the flash fire separated the top cap of the boat from the hull.

Gravois Fire Protection District firefighters arrived on the scene to find five people with injuries. “We assisted with triage and provided basic emergency care,” Chief Hancock said. “We determined who was the most injured and briefed the incoming ambulances on who [had the most serious injuries], and then they were transported for a higher level of care.”

GFPD personnel also ensured there were enough ambulances. Lake West Ambulance and Mercy Ambulance responded and transported patients to hospitals and a Staff for Life Medical Helicopter. One patient with more serious injuries was transported to the hospital by Staff for Life. GFPD personnel also assisted with ground support at the helicopter landing pad, located at the GFPD G7 Station on Route O, just a few miles from Millstone Marina. Mid Mo Ambulance was cancelled in route. Rocky Mount Fire Protection District responded with their fire boat but were also cancelled in route.

42-year-old Carl Harris, of Kansas City, Mo. had serious injuries and was flown to University Hospital. The following had moderate injuries and were taken by ambulance to Lake Regional Hospital for treatment:

All of the injured individuals are from Kansas City, Mo., according to the Patrol’s report. Robert Baber was reportedly the driver of the vessel.

It is suspected that the boat exploded after fueling, due to a build-up of gasoline vapors. “That is commonly what happens, but we will not know for sure until the report is submitted,” Trooper White said.

“We were in the middle of a Vehicle Rescue Technician Class at our headquarters on Route O,” Chief Hancock said. The class was stopped, and all the students were deployed to the incident.

Blower, Or No Blower? Here's A Checklist For Safe Boat Refueling

Two boat explosions at Lake of the Ozarks docks this summer sparked important discussions about safe refueling and, in particular, the correct use of a boat's blower.

VIDEO: Boat Bursts Into Flames After Refueling, One Man Hospitalized

LAKE OF THE OZARKS, Mo. — A boat explosion came dangerously close to setting off an inferno …

LAKE OF THE OZARKS, Mo. — There have been multiple fires on personal watercraft (PWCs) at La…

120-Foot Yacht Worth $7M Destroyed By Fire In Miami