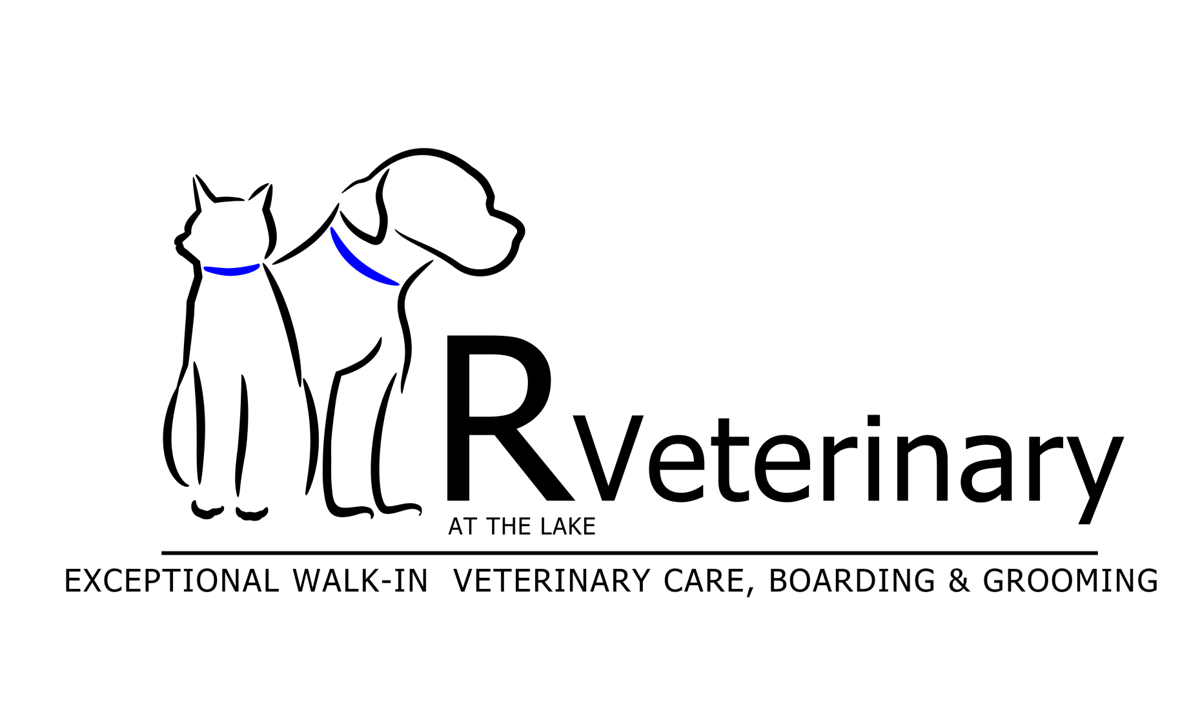 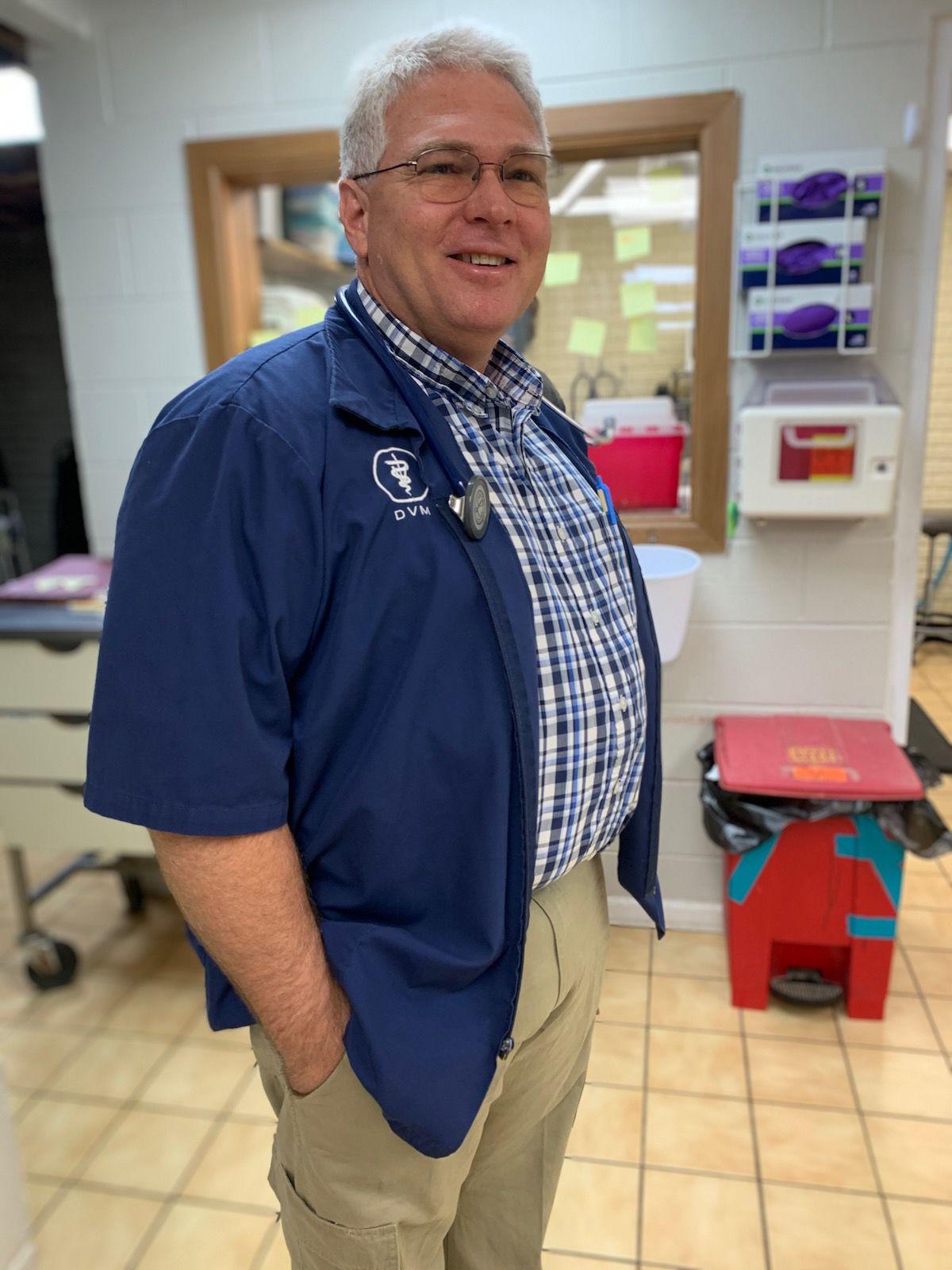 Dr. Leek, veterinarian at Lake of the Ozarks Animal Hospital 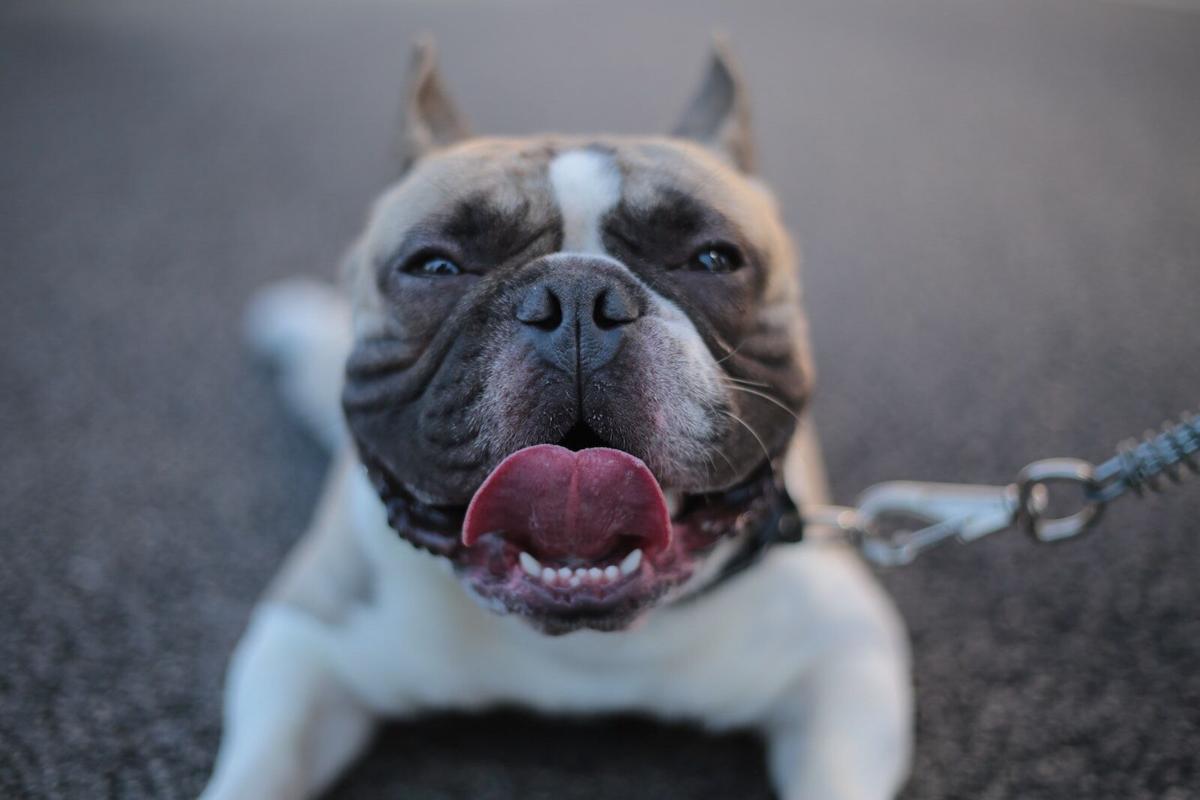 Photo by Vitor Fontes on Unsplash 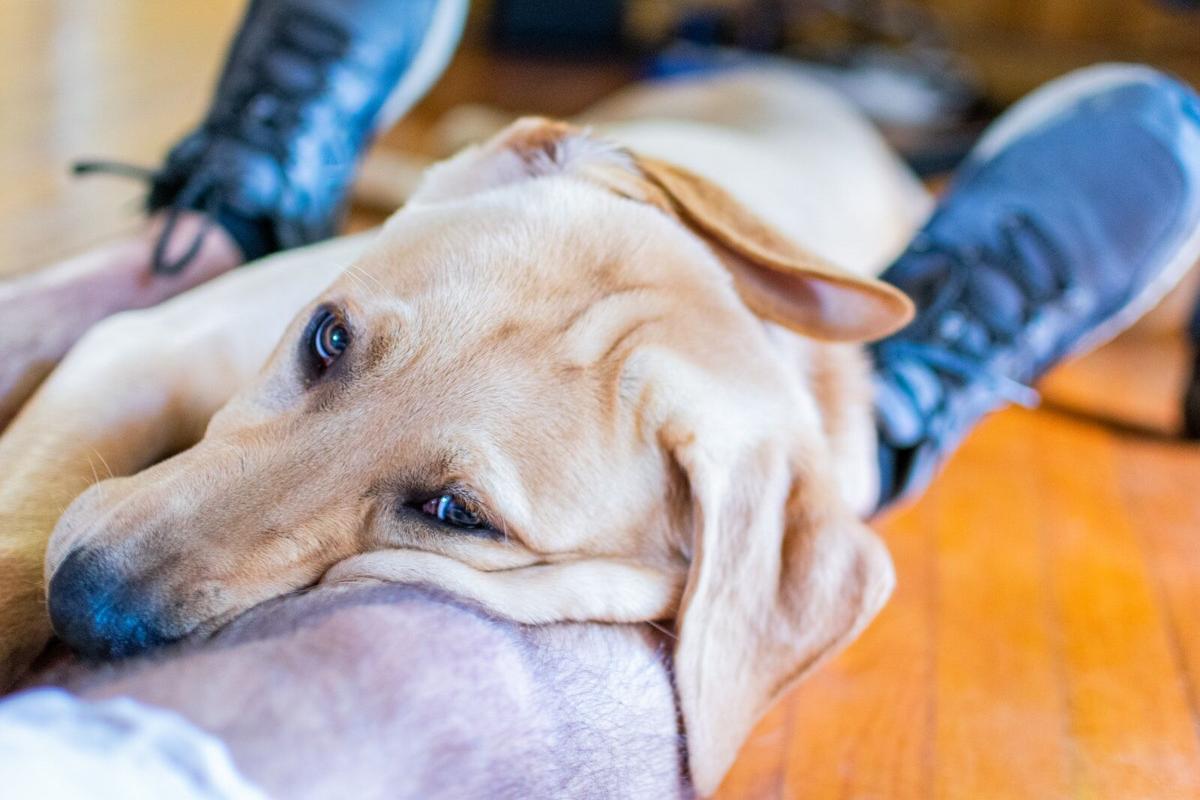 Photo by Taylor Kopel on Unsplash 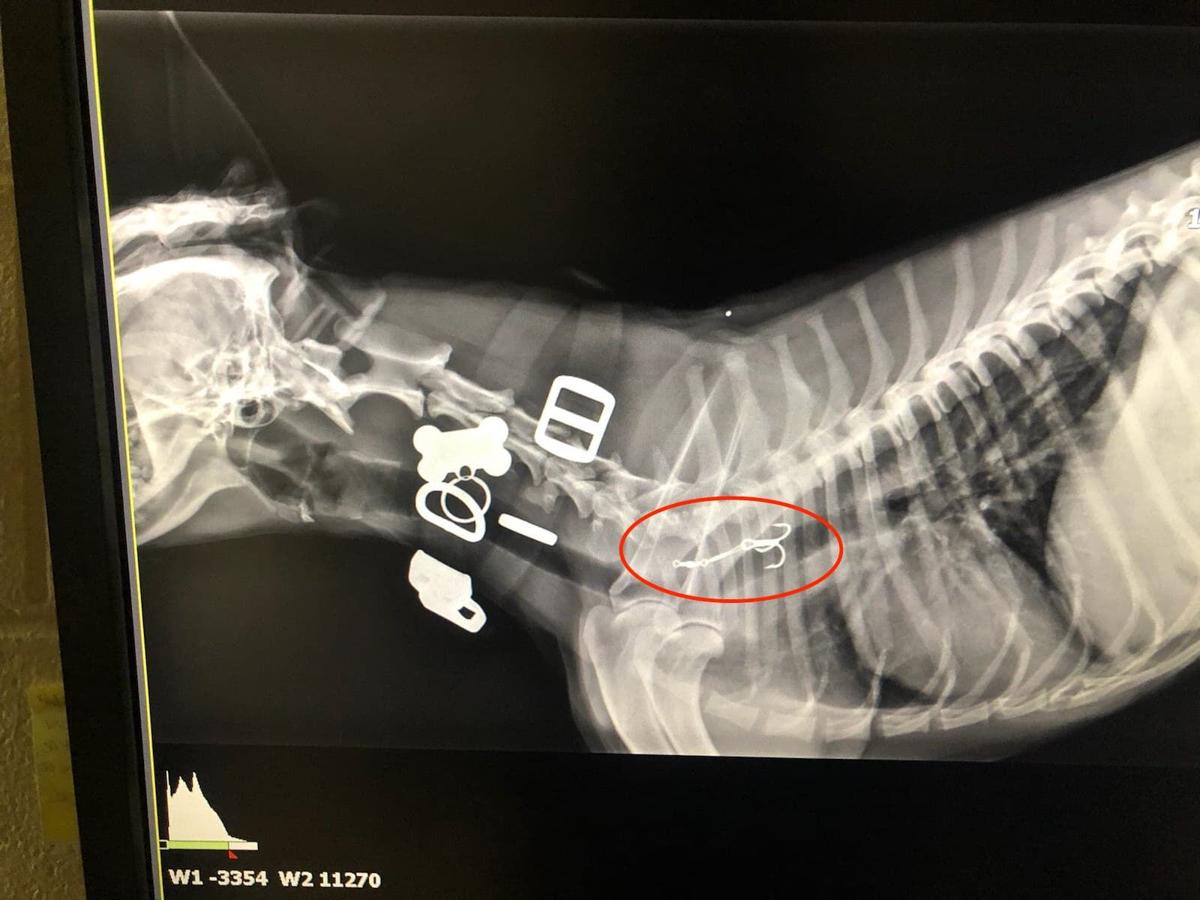 Veterinarians may not fancy themselves detectives, but when they’re examining sick pets who sneakily get in to trouble without their owners knowing, vets have to solve mysteries everyday. Dr. Leek, at R Veterinary (formerly Lake of the Ozarks Animal Hospital) has worked as an emergency vet in Missouri since 2009. Lucky for the Lake area, in May he settled into a full-time position with R Veterinary, after working as a relief vet for several years.

Lake life means cannonballs off the dock, fishing whenever you want and also some unique veterinary issues. As a seasoned veterinarian, Dr. Leek is familiar with all kinds of pet issues, from common to bizarre. However, three recent medical mysteries crossed his path that the R Veterinary team solved with Sherlock-level genius!

The Mystery of the Fish Hook

R Veterinary Hospital sees 2-3 dogs with fish hook injuries each week, in the summer. Maybe that lure works on more than just fish? Or maybe it’s Fido’s way of saying, “Stop staring at the water and play with me!” Either way, Dr. Leek recently treated an unusual case with a dog who swallowed a treble hook (the three-hook type of fish hook). Typically fish hook injuries require sedation and sometimes surgery to remove them from sensitive areas like noses, tongues, or throats. But when the R Veterinarian team x-rayed this “lucky” dog, they were surprised to see that the hook never set (every angler’s woe, when it comes to fishing)! The hook had moved all the way into the dog’s stomach. This fella was considered lucky because rather than doing surgery, Dr. Leek and crew conducted daily x-rays to make sure the hook was moving along, and eventually, the pooch passed it!

The dog swallowed the hook on Sunday and passed it on Friday. But how can a fish hook pass through the twists and turns of a digestive system, undisturbed? “It’s actually quite slippery in there,” Dr. Leek said of the digestive system. Without the pressure from yanking on a fishing line or some other tension, it is difficult to pierce the intestine lining, and the intestines’ natural contractions are not strong enough to cause the hook to puncture. The R Vet team also made sure to feed the pup some bread to give the hook something to move with. So, while hard to believe, it’s true that a fishing hook can pass all the way through a dog, undisturbed!

The Mystery of the Hot Dog

No, we aren’t referring to the mysterious meat that makes up a hot dog, but instead how one particular dog overheated!

When we hear about an overheated dog, it can be easy to jump to the conclusion that the dog was left in a hot car by a neglectful owner. Unfortunately, dogs can suffer from heatstroke in much more surprising and subtle ways. R Veterinary sees 8-10 cases of heatstroke each summer, many with unusual causes. A recent case came in with a temperature of 108 degrees. Normal dog body temperature is around 101, and running 7 degrees too hot put this pooch in danger of organ shutdown and brain damage. The medical team at R Veterinary converted their bathing area to an ice tub, surrounded the dog with ice packs, and immediately began IV fluids. It only took about 30 minutes before the pup’s temperature had returned to normal, but it took another 24 hours before he could walk around and was behaving normally.

While the dog’s body temperature told docs he was overheating, the cause was rather mysterious: he had been riding in a moving vehicle, with the windows rolled down and the wind happily blowing through his fur. The air temperature didn’t seem extremely hot, especially while the car was moving. So, how can a dog in a moving car with the wind blowing across him, get heat stroke? It’s all about the nose. Boston Terriers, Boxers, French bulldogs, and other short-nosed breeds are not able to cool off as efficiently as breeds with a longer snout. In fact, they can actually suffocate themselves while trying to cool off!

Dr. Leek explains: dogs don’t have sweat glands like humans, so they cool off by panting. If you’ve ever seen a dog running around on a hot day, you’ve probably noticed how large their tongue gets. That increased blood flow helps the dog cool off by panting. But in some dogs, that swelling can be counterproductive and close the airway.  Leek explains, “They can close off their airway trying to cool off, and then pretty soon they can’t breathe at all.” Dr. Leek warns this can happen even in non-short-nosed breeds, like labs, if they have other health conditions or are exposed to prolonged heat.

This pet recovered quickly, but his family will need to be extra careful in the future because heat stroke victims are much more likely to overheat again, even in minor heat. Heatstroke can also cause permanent brain damage that can range in severity from dogs being forgetful, to more serious medical complications.

The Mystery of the Lethargic Canines

2020 has brought many surprising things, one being a new condition for veterinarians to treat. A near weekly occurrence at the R Veterinary Animal Hospital is a lethargic dog who is difficult to rouse despite the owners’ best efforts. Sometimes these dogs will dribble urine and stagger around; others, Dr. Leek says, are “jumpy and hyperreflexic.” Fearing poisoning, pet owners will bring Fido in hoping to avoid the worst. After a brief exam and a toxicology screening to determine a cause, the mystery is usually solved with (have you guessed it?)….

Nearly weekly, owners come to R Veterinarian with a worryingly lethargic dog, only to discover the naughty pooch got into their stash of edible (ahem… medicinal?) marijuana. Fido just needs to sleep it off. He also might have the munchies.

Since January 2020, Missourians have been able to legally obtain medicinal marijuana in the state, and that means pets are finding their way into the world of psychotropics. Luckily, these situations are rarely fatal and just require some supportive care.

R Veterinary (formerly Lake of the Ozarks Animal Hospital) has been part of the Lake community for more than 30 years. Owners Dr. Katie & Jim Rericha have assembled a superb team with more than 45 years of experience, including Dr. Rachel Radlund, and Travis Inman, doctoral veterinary medicine candidate. The couple also owns two other Mid-Missouri hospitals: R Veterinary at Cross Creek in Waynesville and R Veterinary at Columbia in Columbia. The recent name change reflects the partnership and connection between all three mid-Missouri hospitals and the ease with which clients can see “our” veterinarian, no matter where they find themselves in the region. Customers will find it easy to visit any of the three clinics, with staff able to access an animal’s record at any location.